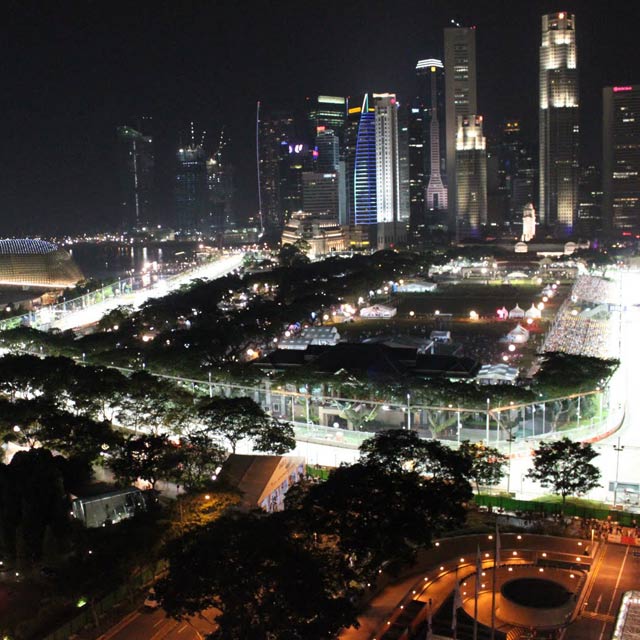 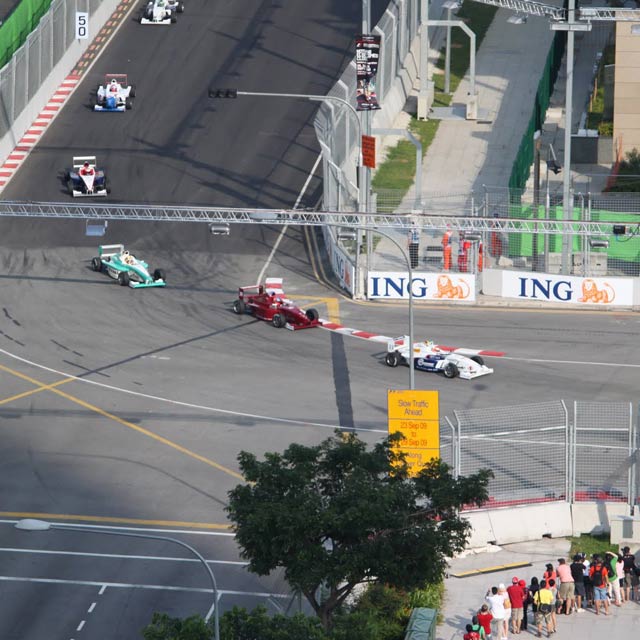 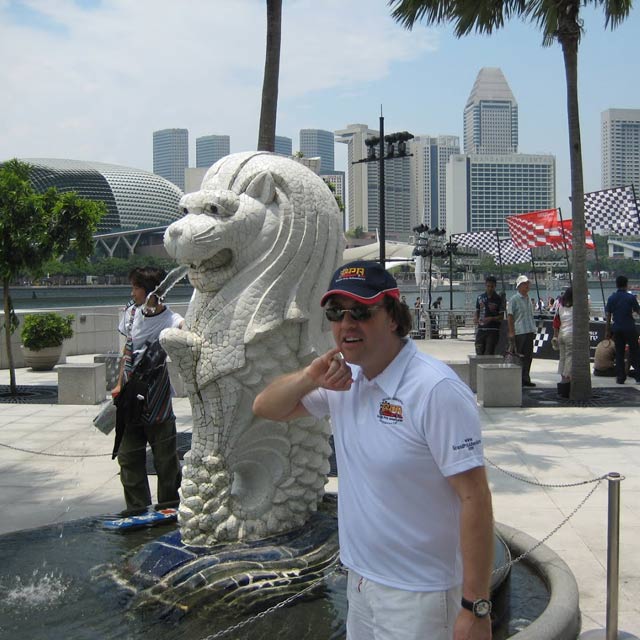 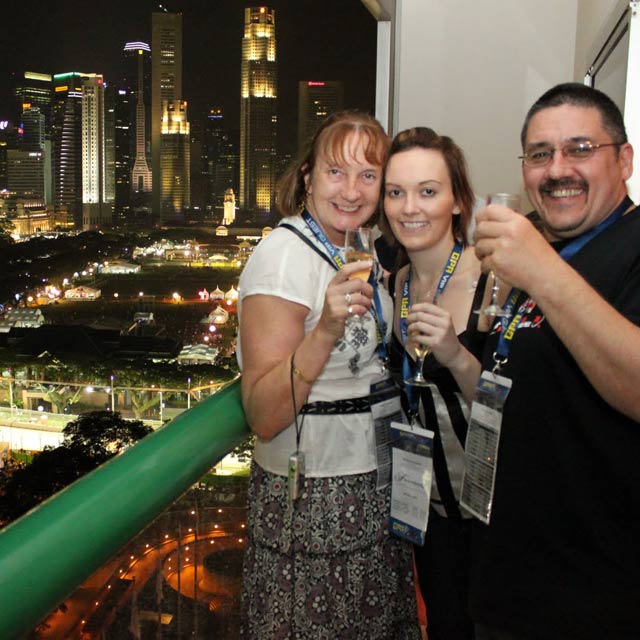 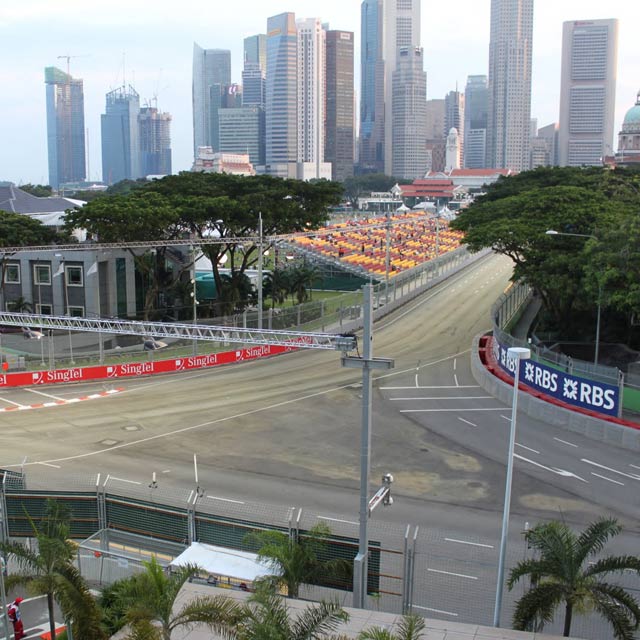 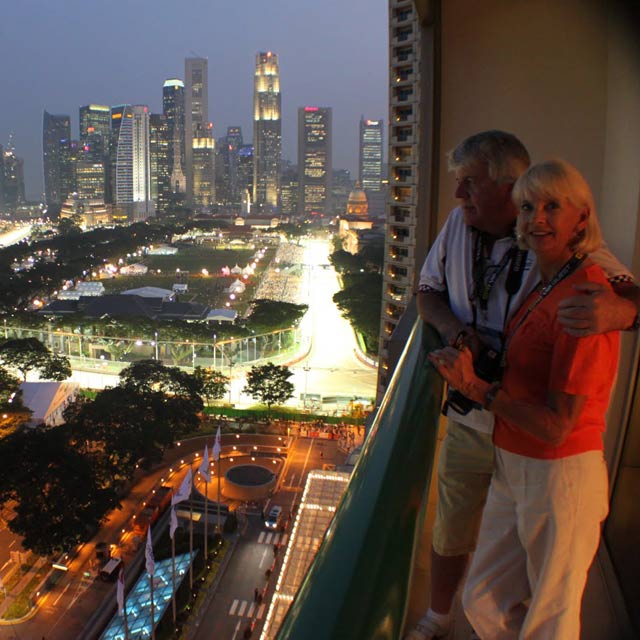 Firm Favourite with Formula One Fans

This exotic F1 Race is now in its 14th year (2020 and 2021 races cancelled due to Covid-19) and since the Singapore Grand Prix inaugural race in 2008, the Singapore Airlines sponsored event has fast become a huge favourite with formula one fans with its one special unique feature; it was the only race on the Formula 1 calendar which to be held at night, now there is the Saudi and Bahrain GPs at night and Las Vegas this year will also be an evening start. We have been offering Singapore Grand Prix Hospitality Packages to the event ever since it started out in the Far East. The event is held under the superb floodlight Marina Bay track, some 1500 floodlights light up the entire circuit with excitement. This race can be compared to the Monaco GP street race as it is also held throughout the streets of the host city, but this time they compete at night and this means seeing the amazing city of Singapore close down many of its streets to allow the F1 track to be completed and come alive with the roar of their engines.

Way back in May 2007 the news emerged that a deal had been struck between Formula One Management CEO Bernie Ecclestone and Mr Ong Beng Seng (businessman) and the Tourist Board of Singapore and since then it has been a huge hit because of the unique sights, sounds and surroundings. The time zone in Singapore being many hours ahead, means that its a great time to broadcast for audiences in Europe to enjoy all the action in the afternoon.

Race Officials and Liberty Media have agreed a deal to carry on having the Grand Prix at the Marina Bay Circuit for at least another 4 years, which is great news for us, because we love being there with all our guests. This signature race in the F1 calendar was in doubt when the motorsports billionaire Bernie Ecclestone in a interview with a German magazine (Auto Motor Und Sport on Sunday) in November 2016 stated that the deal set giving rights for Singapore to host the Grand Prix will not be extended after 2017 as the Singapore side have backed out. This has not pleased Bernie and he mentioned to the publication "there is no gratitude" which referred to the automakers and organisers for Singapore. Also, stating "Yes, the Grand Prix has cost Singapore a lot of money, but we’ve also given them a lot of money." This would be a shame as this event is one of the most popular and is spectacular viewing with its nighttime atmosphere. So, we recommend to book early one of our Grand Prix Packages to Singapore soon to avoid disappointment and you never know it could be the last at this iconic location.

Whilst there were Grand Prix Events help in Singapore in the 1960’s early 1970’s (held at Thomson Grand Prix Circuit), only since 2008 have we seen what has now undoubtedly become one of the most spectacular races on the calendar. The race track is a real challenge for the drivers being 5.073KM (3.267 miles) and featuring a breath taking 23 corners. It is held in 30 degree heat and upwards of 70% humidity.

The spectators are treated to a wonderful spectacle, but it is the drivers that can suffer and they can actually lose some 3kgs in weight during the hot and humid race event. The cars pass many famous Singapore landmarks including the Parliament building, Fullerton Hotel, they cross the Anderson Bridge, pass the amazing Theatre’s on the bay, The Singapore Flyer and finish on the amazing main straight which has been totally man-made on reclaimed.

Record Laps of the Circuit

The current lap record is held by the Danish driver Kevin Magnussen for Haas at 1:41.905 in 2018, Lewis Hamilton for Mercedes was to win that year after starting on Pole Position.

Singapore has also set itself apart from many other Grand Prix events by offering live concerts and a real party atmosphere after the event, making this an event not to be missed. With performances from Beyonce, Katy Perry, Maroon 5, Shakira, Mariah Carey, Adam Lambert, Chris Daughtry and Missy Elliot, the Singapore GP organisers really do put on a spectacular show over the full racing weekend. We look forward to 2017 GP and what acts will be performing then, we can’t wait!

The History of the Singapore GP

This Formula One extravaganza was first held in Singapore in 1961, but was called the ‘Orient Year Grand Prix’ only to be changed to the Singapore Grand Prix in 1965 when they became independent and the race was held on the Thomson Road Circuit which was notorious for being one of the most dangerous circuits in the world and after many deaths and problems with incorporating certain safety measures, the Grand Prix in Singapore was stopped in 1973 and would not return here for another 35 years.

This was the 13th time the Grand Prix has been held in Singapore and the first time since the COVID-19 pandemic and restrictions on travel were imposed by the Singapore Government. It was the 17th race of the season and all to play for, with Max Verstappen hoping to win the championship early as he has gained a rather large lead.

For more on the Singapore Grand Prix in 2022.

Restaurants and Bars to visit in Singapore

Singapore has for decades been a great place to sample a taste of the Orient, but recently the city has seen a major changes in its culinary delights and the move has been from a street-food Shangri La to a high-end cuisine destination that has been accelerated by the influx of Michelin Star awarded chefs from all over the world. Below are a couple of restaurants to consider when you are over here for the grand prix.

Loof Bar
Great for watching the lights come on all over Singapore as night falls as its location is on top of the Oden Towers complex, we feel it is a must see visit when you are here.
Address: 331 North bridge Road, Odeon Towers Extension Rooftop, Singapore
Website: loof.com.sg

GP Hospitality Packages to Suit Everyone

Grand Prix Adventures have been offering Singapore F1 hospitality packages to this event since 2009 and we have many customers returning to us year after year to enjoy the whole Formula One Experience! Our clients can have all day to themselves and relax by the pool, or shopping and sight-seeing in the fantastic city of Singapore. Many of our guests see their time in Singapore as more of an entire holiday instead of just going to an event and come to unwind in the evening with some GPA hospitality, including the amazing views of the Singapore GP circuit that we provide. 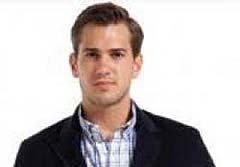 Very Thanks Ken for Providing me with a great trip. The service provided with Grand Prix Adventures was truly amazing and our experience exceeded all our expectations.

We recommended you to several friends to book a Grand Prix Package in Singapore. Simply the best, we believe better than others.

So please call us on 01382 480077 to discuss our events, holiday plans and the spectacular F1 experience that is included in our Singapore Grand Prix Hospitality Packages - we will be more than happy to discuss all that is on offer and recommended the best option for yourself and your guests.