Tickets For The Monaco Grand Prix 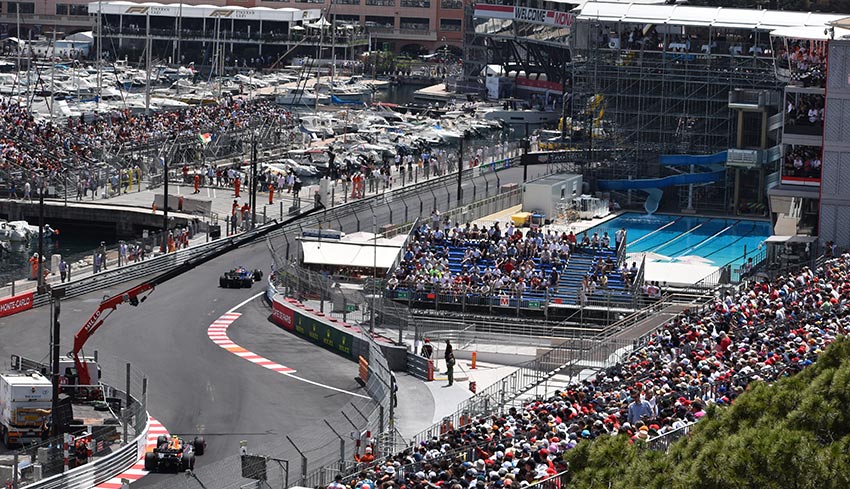 We can organise a holiday package for you to book tickets, hotels, transfers, and hospitality for the Monaco Grand Prix with ease and have the knowledge and experience to give you the best possible experience for your money. You can see the action from a luxury yacht in the harbour, up high in balcony or really close to the cars at trackside among the winding streets of Monte Carlo and soak up all the history that is on offer, its all up to you to choose from Grandstands, Yachts or Balconies with flexible options of 1, 2-day or 3-day tickets with hospitality and guides throughout, we are always on hand to answer any question about the race you may have.

We have a selection of luxury hotels in Nice and Monaco and great vantage points to enjoy the race, with great views of the harbour. Choose from our selection of carefully picked packages to find the right option to suit your needs and budget.

Below is a selection of some of the Hotels we offer, so our guests can receive the best possible experience when they are over in Monaco.

The race is organised by the prestigious Automobile Club de Monaco who ran the first Monaco Grand Prix in 1929, since 1955 (the modern era) Monaco has been on the F1 calendar for every championship contested. All of the drivers cite this Grand Prix as the one they most want to win the most as it is considered the ultimate driving challenge, the 2023 Monaco Grand Prix this year is scheduled to take place on Sunday the 28th of May 2023 and we will be there for all the thrills and spills. 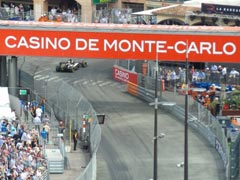 The circuit winds its way through the streets of Monaco and covers some 3.340KM (2.13 miles) with many elevation changes. The formula one circuit passes many famous buildings around the streets of Monaco and makes use of the famous tunnel, upon exiting the tunnel the track then winds around the Monaco harbour, for one weekend of the year those who have berths are politely asked to leave to a make way for the drivers, sponsors and team-owner yachts and the harbour is always full of the most amazing super-yachts.

Previous Winners Since We Have Being Operating Trips To Monaco

The Monaco circuit has seen many changes over the years and the most recent has been in 2015 which saw a slight shortening of the overall length of the race, not by much we might add.

Today, Carlos Sainz Jr began in second place on the grid, while teammate Charles Leclerc took the pole position. However, a string of Ferrari strategic blunders put the Monaco local driver to fourth, stopping him from winning at home, which would have been thrilling the local supporters, and would have moved up in the championship.

If you would like to know more about what happened last year, then please go to our Monaco Grand Prix 2022 Race Report.

The Sovereign Prince of Monaco has his official residence in this grand home which was built in the late 12th century as a Genoese Fortress. The palace has a long and sometime dramatic past with sieges and bombardments being part of its claim to fame and was the home of the Grimalda Family for many centuries.

This palace was more of a fort than the usual luxurious residences that other European sovereigns were building, but that was sensible due to the political tensions of the time that meant it was necessary to be fortified for their own safety and this made it a more unique place throughout the land. Though in the 18th century after reducing the defensive capabilities of the place the French did seize the castle and plundered the establishment of its wealth and then it fell into disrepair.

Monte Carlo and the French Riviera in the 19th and 20th centuries was a place of glamour and decadence and a resurgence in the fortunes of the palace cam about and this was helped by the arrival of Hollywood movie star Grace Kelly who would become chatelaine of the palace in 1956, just to add to its mystique and glamour. The tombs of Prince Rainier and Princess Grace can be found in the cathedral nearby in the square, built in 1875 with striking looking white stones in a Roman-Byzantine-style architecture. The Palace to this day is the current residence of the Prince of Monaco. Well worth a visit before heading to the circuit and all the thrills and spills of the Formula One.

When most people think of Monaco they usually mention the unique Grand Prix and of course the fabulous casino with its legendary décor, range of gambling tables and slot machines which attracts the rich, famous and gamblers from all over the world, the games include European Roulette, Trente et Quarante, Black Jack, English Roulette and Ultimate Texas Hold'em Poker tables and the casino has been immortalised in many a great film including Never Say Never Again in 1983 with Sean Connery which would be his last as James Bond.

Gambling may not be is not your thing and if so, then why not relax and soak up the atmosphere in one of 2 restaurants located in this iconic building; Le Train Bleu and Le Salon Rose.

So why not give us a call on 01382 480077 or email me - kenneth@grandprixadventures.com, we would love to discuss what we have on offer and arrange the best possible trip to Monaco to see experience and enjoy the Grand Prix. Here is some kind words from a regular client of ours: 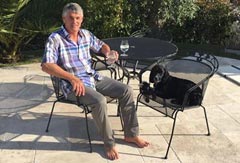 "We have booked with GPA now for many years for both personal/family trips and corporate packages. These include Monaco (historic and main race weekends) and also unforgettable trips to the Abu Dhabi and Singapore F1. Kenny and his team provide a knowledge and service that is second to none. GPA will provide a fun-packed, thrilling and first class trip that will create everlasting memories from beginning to end of your Grand Prix Adventure."