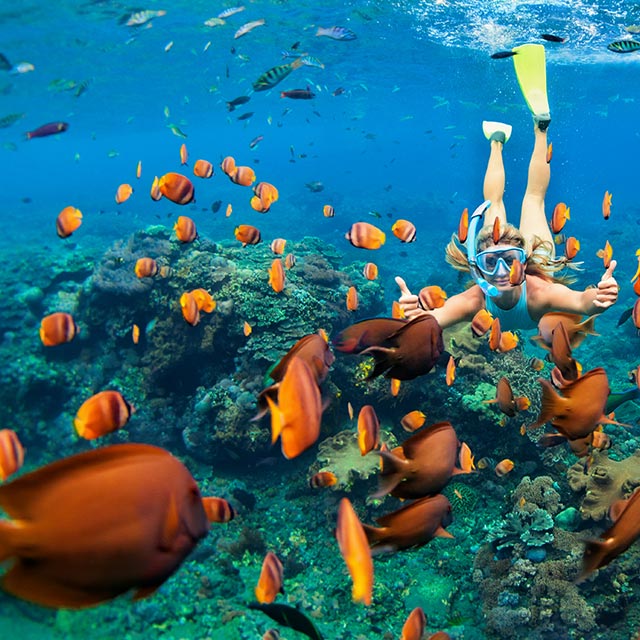 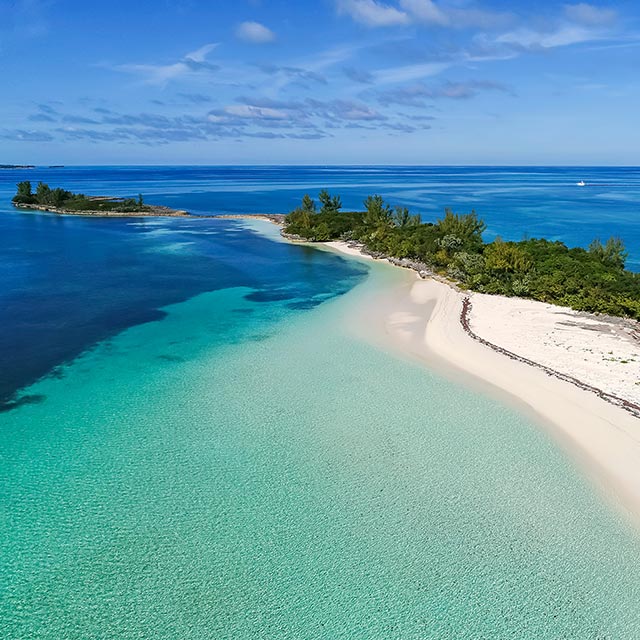 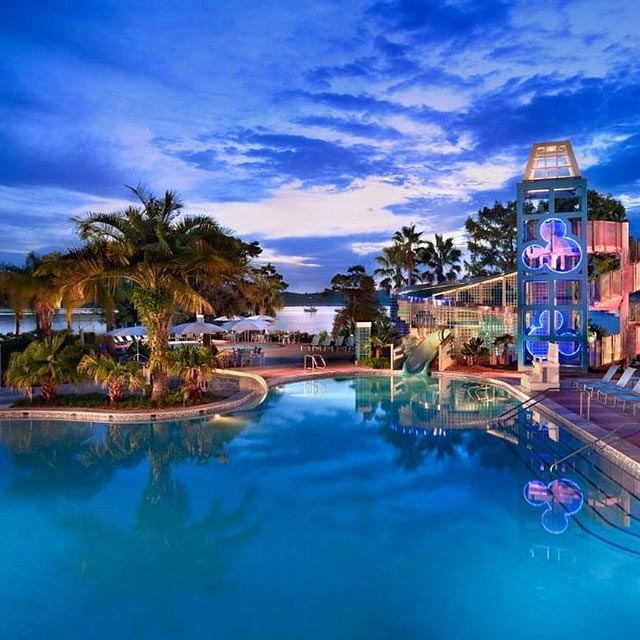 Enjoy The Hospitality of a Miami GP Adventure

We are excited to announce that we will be able to help our clients enjoy the Miami Grand Prix next year and have created some great packages to suit most wants and needs for this exciting location. The Grand Prix in Miami will be placed at the Hard Rock Stadium in Miami Gardens, Florida, the home of NFL team the Miami Dolphins.

1959 was the last time Florida held this event at the Sebring International Raceway in Sebring, won by Bruce Mclaren of Australia and it looks like a really exciting prospect for next year, likely to be staged in the middle of the year and will be the 2nd GP in the US to be held next year along with Austin in Texas later on in the F1 calendar. F1's owners Liberty Media have been working on this for years, as they were looking to expand the sport and wanted a "destination city" in the US to help do this. An original plan which sounded interesting, was to have included in the circuit a bridge over the city's pay, but because objections from residents and local politicians, this idea did not get the go ahead.

The GP Circuit Set Around The Hard Rock Stadium

The Hard Rock Stadium Circuit is set on a ten-year contract with the circuit being 5.41 km long (3.36 miles), there are 19 corners and 3 straights to help the cars reach an estimated top speed of well over 300km/h. The stadium itself will be in the centre of the track and has hosted some great events over the years including the Baseball World Series and Multiple Super Bowls, so all and all a great location for this new Grand Prix and designed to meet the highest safety standards, while being close to all the action.

There has been much discussion about a second event in the United States and what better location than in Miami, with its fabulous nightlife, great restaurant, art deco hotels, lovely beaches and to top it all, will now host a Formula One race. A trip of a lifetime awaits and should not be missed.

The United States has hosted 10 locations for the F1 Championship before and Miami will make it 11 and the 2nd for 2022 with Circuit of The Americas in Austin later on in the year, the others in the past being Dallas, Detroit, Indianapolis, Las Vegas, Long Beach, Phoenix, Riverside, Sebring, and Watkins Glen.

The build-up to this Grand Prix was immense and only in the way Americans do best, there were an array of A listers being photographed with the main Formula stars to help promote this new event on the F1 calendar and it was the current World Champion Max Verstappen who would come out on top after an impressive start.

Verstappen started the race in third place, behind pole-sitter Charles Leclerc and Carlos Sainz Jr. However, the Dutchman made a strong early move, passing Sainz Jr. and pursuing Leclerc before making the pass on lap nine.

Verstappen then appeared to be headed for a straightforward victory as he amassed a commanding 8-second lead. With 10 circuits remaining, the rivals were grouped together at the restart, giving Leclerc a chance to retake the lead thanks to a late safety car.

To his credit, Leclerc made the most of this chance and, for the next five circuits, stayed within a second of Verstappen. But he was unable to pass, and eventually Verstappen's faster pace was too much for him. Leclerc was forced to accept second place.

Verstappen's performance was all the more amazing in light of the Friday reliability difficulties that cost him a lot of track time. His victory today, his second straight victory, has halved Leclerc's championship lead to 19 points.

Despite Sergio Perez's fresh tyres, which he obtained during the safety car period, allowing him to contend for the final podium spot, Ferrari's Sainz Jr. finished third.

If you would like to know more about what when on that day in Miami, then please go to our Miami GP blog page. 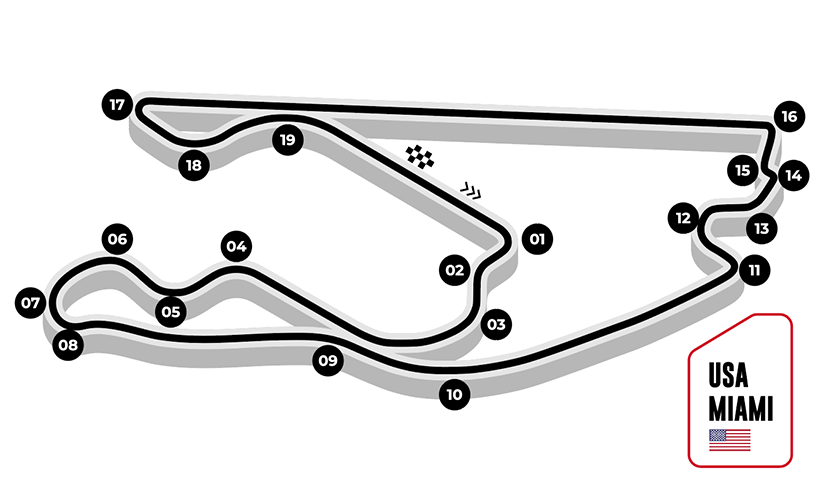 Much of the attractions in Florida have something to do with being outdoors like adventure parks, sports, and beaches.

The beaches of Florida are wide breath-taking sands that can sometimes get so packed, especially during the hot summer months. Some of the best loved beaches in Florida are Daytona and Cocoa Beach on the east coast, Florida Keys and South Beach in Miami, St. Petersburg, and Clearwater Beach on the west coast.

Much of the coastline of Florida is being well taken care of and preserved which makes them desirable places to go to because you know the waters are clean. Along the coast are many kinds of places to stay in such as hotels and condominiums. If you are lucky, you might find a private house that is rented out on a short-term basis which means you can enjoy the comfort of a well-kept home and the chance to lower your travel expenses by cooking your meals from the house.

At night, the coastline becomes a veritable sea of lights from all the nightlife around the area. One of Florida’s prime cities is the city of Miami. It has been declared as the most “sought after international recreation destination” by a prime health magazine. Miami has some of the top sports facilities in the United States.

Sports enthusiasts and those who want to train for international tournaments come to Miami to be able to experience the facilities and tutelages available in the state. Many sports legends have been trained in Florida and much of their success is due to the fact that the weather in Florida allows them to train almost all year round.

Recently, Forbes Magazine recognised Miami as the cleanest city in the United States because of their successful efforts to clean up their air, water, and streets.

Miami is also one of the more successful cities in the United States with many of the major multinationals setting up their headquarters here. This makes for a robust economy and an even better employment rate. Please go to our information page if you would like to know more about the great City of Miami and what is has to offer when you are here for the Grand Prix.

This downtown bistro invites you inside if you're seeking a calm atmosphere away from South Beach's electric excitement. It has a friendly atmosphere and enticing aromas. Natural and organic list of wines are the focus of the constantly-changing wine list, but don't worry if you don't know anything about them; the experienced staff will be happy to help.

Look over the tapas menu with Catalan influences after choosing a wine. The Pa Amb Tomaquet is a simple, delectable way to start your dinner. It consists of properly toasted bread with crushed tomato and garlic oil. A selection of charcuterie selections and seafood appetisers including oysters, anchovies, octopus, prawns, and branzino tartare are additional ways to get started. If you're looking for a meal that's a must-have, try the Ous. Poached eggs in potato foam, topped with jamon ibérico and black truffle, resemble soup that is served in a dish. Put some butter on some warm bread and get ready for the surge of joy that will come. The charbroiled calamar and arros sec are further shareables to try. Additionally, if you're feeling kind, consider purchasing a round of beers for the kitchen workers (yes, it's on the menu and we encourage it).

If you would like to be one of the first to be kept informed on this exciting event, then please call us on 01382 480077 for more information and details on the amazing Grand Prix Hospitality Packages we have available, Latin Style.