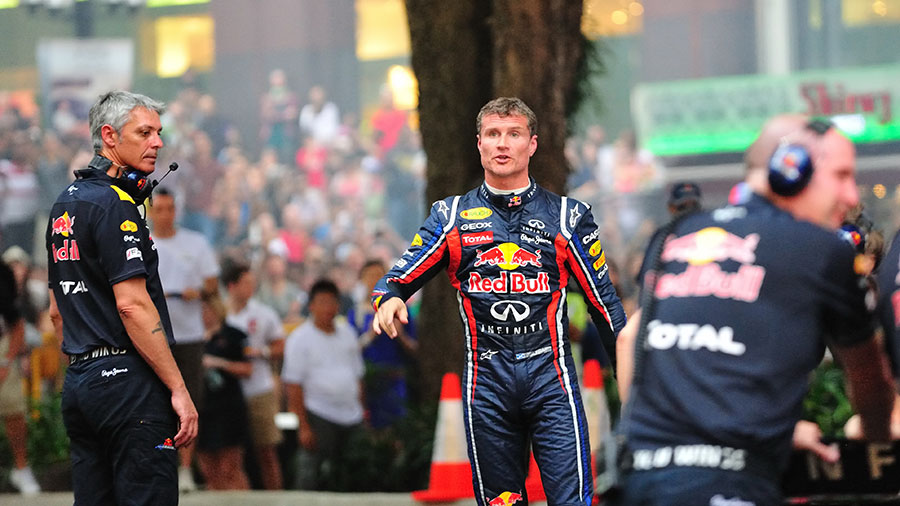 Anyone who enjoyed F1 in the late nineties and early noughties will well remember the golden era of David Coulthard. This gritty Scot is known for more than just his chiselled features. He also came tantalizingly close to lifting the Drivers' title in his McLaren Mercedes.

But who is the man behind the 13 Grand Prix victories? What got him started in F1, and what did he do after calling time on his glittering racing career?

Formula One celebrity David Coulthard was born in 1971 in Scotland. Motor racing was in the blood of this budding F1 driver from a young age. His grandfather had competed in the Monte Carlo Rally, and his father was Scottish National Karting Champion.

It was no surprise then when he followed in his father's footsteps. A young Coulthard triumphed in several Scottish and English karting championships.

In his late teens, he transitioned into car racing. Success came quickly, and he won the McLaren/Autosport Young Driver of the Year award in 1989.

This was followed by stints in British Formula 3 and International Formula 3000 before he got his break as an F1 driver. 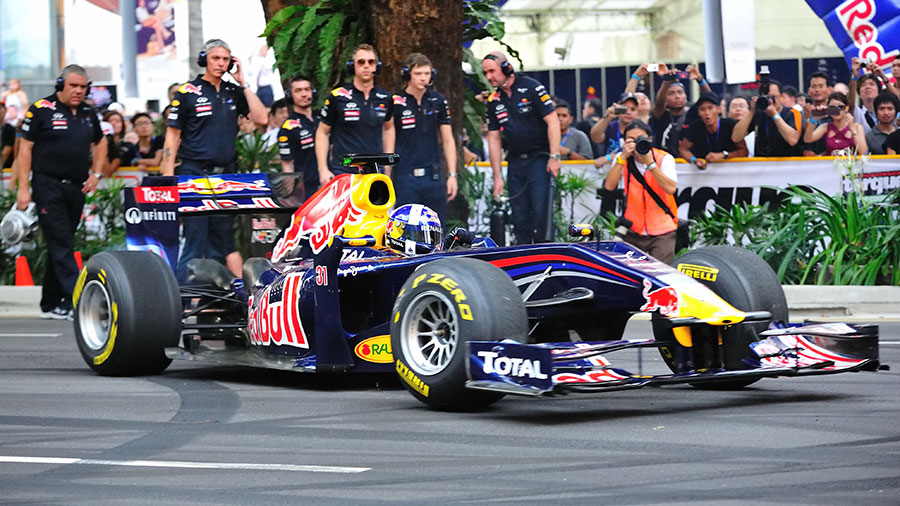 It was the untimely death of Ayrton Senna in 1994 that allowed Coulthard to make his debut as a Grand Prix driver for Williams. His first podium came later that year in Portugal.

His first full season in F1 in 1995 yielded a pole position and several podiums. In Portugal, he took his second pole position and converted it into his first F1 victory. He ended the year finishing third in the driver's championship.

In 1996, he moved to McLaren, for what would be the most fruitful period of his career. He remained with them for 8 seasons, forming a memorable alliance with Mika Hakkinen. His wins included the 2000 Monaco Grand Prix.

The following years with McLaren produced many memorable battles and race wins. The high point was his most successful season in 2001 when he finished in second place to Michael Schumacher.

Overall, David Coulthard ended his F1 career in 2008 with some impressive stats. He racked up 13 wins, 12 pole positions, 18 fastest laps and 62 podium finishes. 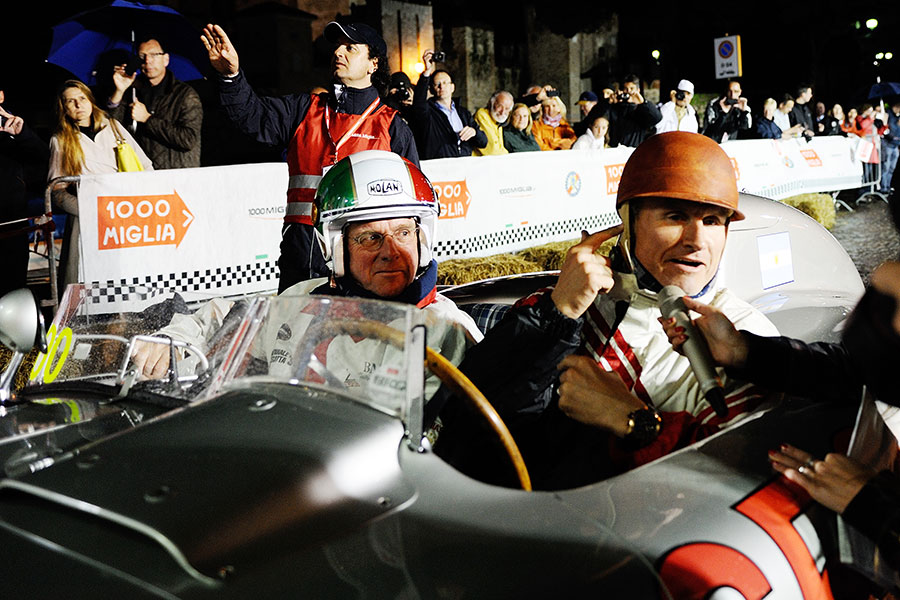 You can take a formula F1 driver out of the paddock, but you can't keep a race driver out of a race car for long. He may be a formula driver no longer, but the Race of Champions has kept him busy since 2004.

As a Formula One celebrity, Coulthard made a smooth transition into the world of media punditry. Since 2008, he has worked with the BBC and Channel 4 on their Formula 1 coverage. He has also been a columnist for the BBC and The Daily Telegraph.

David Coulthard the formula driver may not have won F1's most coveted prize. But he will long be remembered as one of the most dynamic and successful F1 drivers Britain has produced.

If you're ready to get up close and personal with the F1 set, then Grand Prix Adventures has you covered.

Our VIP Hospitality Packages give you access to the pitlane as well as the best views on race day. You can expect the highest standards of hospitality and accommodation throughout your time with us.

Contact us today for more details about packages for the 2022 F1 season. 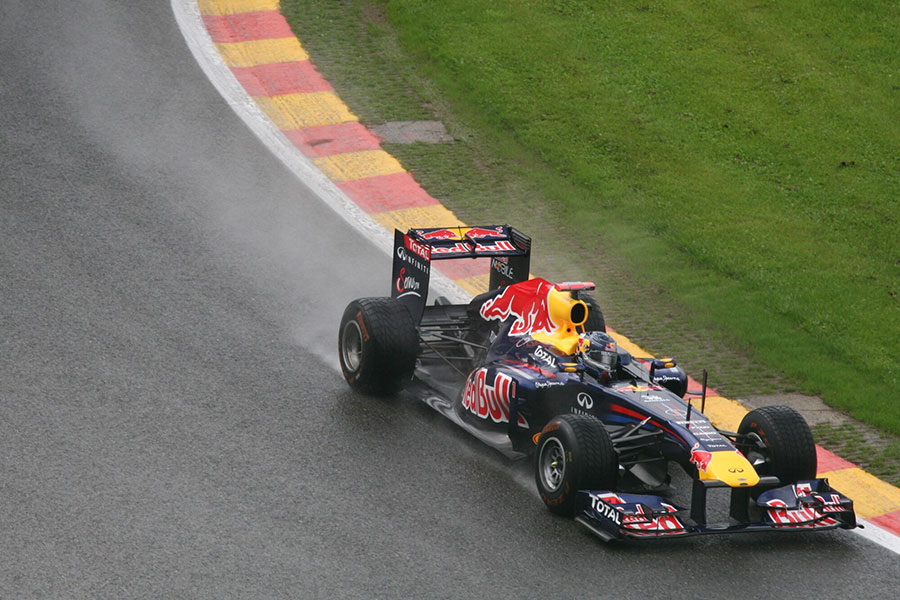 13-time Grand Prix winner and the 2nd highest scoring British driver of all time, amassing a total of 535 points, and has competed in 246 races in his Formula One career. David Coulthard has been a prominent figure in the world of Formula One since his debut season for Williams in 1994. Having driven for Williams, McLaren & Red Bull, DC knows what it takes to win, and having won twice in Monaco he is one of the best people to have given us an insight into the world of driving a Formula One car around these amazingly narrow streets.

In the past he has been kind enough to give up some of his valuable time to make an appearances for Grand Prix Adventures. Whether at the Columbus Hotel (which he used to own), The Fairmont Hotel or at the Café de Paris, DC is always happy to meet with our customers and chat with them.

David spends a not unreasonable amount of time with us at the event and is happy to field questions from the audience, sign autographs and auction some of his belongings for a children's charity. Some of our guests are now the proud owners of DC racing gloves, prints, model cars, books and even one of his helmets!

If you have the privilege to meet him then, you will be treated to some remarkable stories from the world of F1, enjoy David's forthright opinions on his competitors and experience an all too rare opportunity of actually meeting one of the leading figures in motor-racing. In the past we have had DC scheduled for a guest appearance at the Café de Paris on a Thursday, it was a day not to be missed! 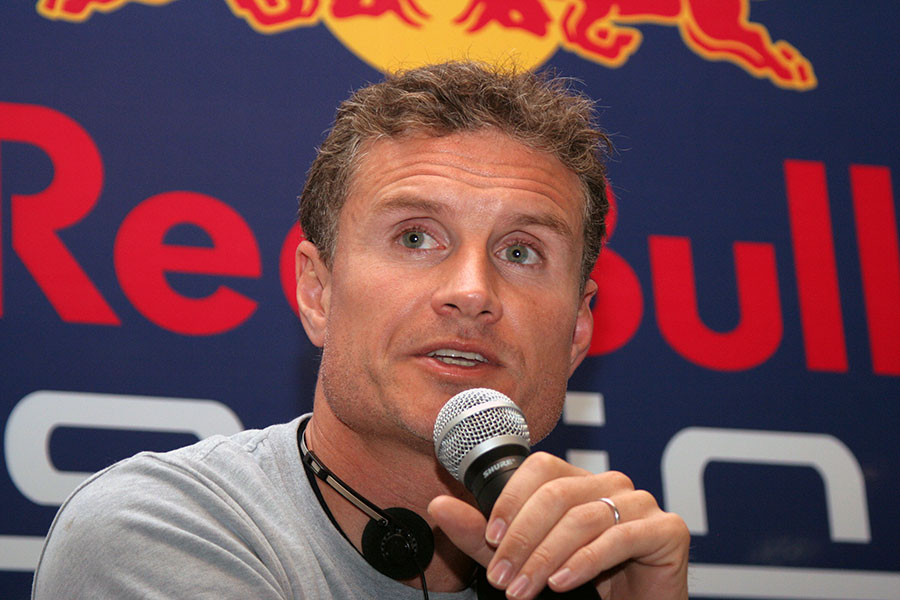 Our Caterers For The Monaco GP

A brilliant weekend from being met at the airport on Wednesday meant thorough 5* service from GPA. Can't fault the traveling with GPA and would so so again, definitely recommended. A fabulous weekend, many thanks!