Some Interesting Facts and History About Silverstone

The British GP Is It More Entertaining Than You Think? 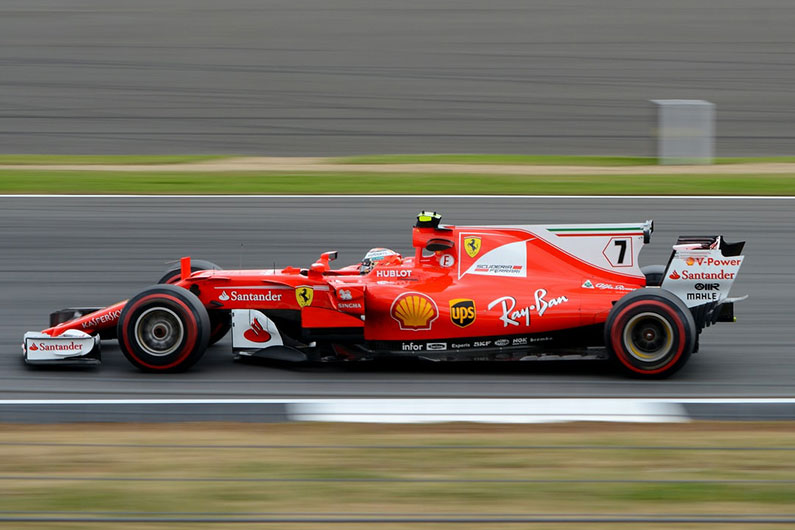 Along with Wimbledon and Royal Ascot, the British Grand Prix is one of the standout events on the British summer sporting calendar.

It traces its roots back to 1926 when it was first staged by the Royal Automobile Club at Brooklands. Since 1950, it has been a fixture on the FIA Formula 1 World Championship and hasn't missed a single year. Now, it is synonymous with Silverstone, its Northamptonshire home since 1948.

Let's take a drive down memory lane and explore more British Grand Prix Facts and the history of Silverstone.

Formula 1 as we know it today got its start in 1950. But before that, the British Grand Prix was already attracting international competitors. The very first race at Brooklands outside London was won by a French driver, Robert Sénéchal.

After another outing at Brooklands, the race was held at Donington Park, a track that would later be used for the European Grand Prix in 1993.

As the 1940s came to a close, Silverstone began to establish itself as the pinnacle of circuits in Britain. This made it the perfect venue for the opening race of what we now know as Formula 1.

On 13th May 1950, a new era in motor racing history began at Silverstone. Everyone from the king to the best international drivers in the world was there. The inaugural race was won by Nino Farina, racing for Alfa Romeo.

Silverstone developed a reputation as one of the fastest tracks on the circuit. But it wouldn't get to hog the limelight much longer.

Brands Hatch was much loved by drivers and hosted some memorable Grand Prix. In 1973, British driver James Hunt was the first to cross the line but was not ultimately awarded the victory. A controversy on the restart led to the victory being awarded to Niki Lauda - but not until two months later.

This period would see British drivers win on no less than 15 occasions. Famous names like Jackie Stewart, Jim Clark, and Nigel Mansell all took the chequered flag, much to the home fans' delight.

But 1987 would see a change in the F1 calendar which, despite efforts to the contrary, has continued down to this day.

The History of Silverstone: 1987 - Present

Since 1987, Silverstone has taken sole custody of the British Grand Prix. In doing so has cemented its position as the home of motor racing in the UK.

The early days of Silverstone's domination of the British racing scene saw some memorable victories. Many went to some of the greatest champions the sport has ever produced.

Nigel Mansell won the 1987 edition and would go on to win again in 1991 and 1992. This final victory was particularly memorable as it came in his sole championship-winning year.

Multi-championship winning drivers to claim the British Grand Prix crown in the years to come include:

Silverstone had always had a reputation for raw speed. However, the tragic death of Ayrton Senna saw sweeping changes in safety across the sport. At Silverstone, this led to the changes to the track.

Bridge corner was modified with a chicane at Abbey. Ultimately, it was removed from the circuit altogether. In spite of these changes, it remains popular with fans and drivers alike.

Lewis Hamilton burst onto the F1 scene in 2007 and won his maiden World Championship the following year. Along the way, he picked up his first British Grand Prix in 2008. However, it wasn't until 2014 that he really found his groove at Silverstone.

Since 2014, he has been virtually unstoppable. In the eight years since then, he has picked up an incredible 7 British Grand Prix victories! Only Sebastian Vettel in 2018 was able to halt this unprecedented run.

With its position at the heart of the F1 calendar, the British Grand Prix hasn't been the home of title-deciding races over the years. However, there have been a number of memorable face-offs and incidents that have kept F1 fans coming back for more.

Jody Sheckter made a memorable run to the title in 1979, but six years earlier he found himself stranded in the middle of the track. He hit the wall on the pit straight, and couldn't get out of the way of the rest of the pack. The result was a multi-car pileup.

Amazingly, only Andrea de Adamich was injured, suffering a broken ankle. The race was won by Peter Revson, but only 13 of the 29 starters made it to the end of the race.

In 1998, Michael Schumacher received a 10-second stop-and-go penalty for overtaking during a safety car period. Yet somehow, he managed to win the race in the pit lane.

Sadly, the following year, the race was memorable for all the wrong reasons. Schumacher's Ferrari suffered brake failure, causing him to crash and break his leg.

In only his second year in F1, Lewis Hamilton established himself as one of motor sport's greatest talents at the British Grand Prix. From fourth on the grid, he stormed to victory in wet conditions.

In the end, he won with a 68-second lead over second-placed Nick Heidfeld.

Have British Grand Prix Facts Got You Fired Up?

British Grand Prix facts make for fascinating reading - and these are just a few highlights from its illustrious history!

Reading about it is one thing, but you can't beat experiencing it for yourself. Our British Grand Prix packages get you up close to the action. Come for one day, or stay for the whole weekend and don't miss a thing.

Contact us today to make a booking or request a callback.