F1 Testing Before The Season Starts

Who is going to be a contender this year 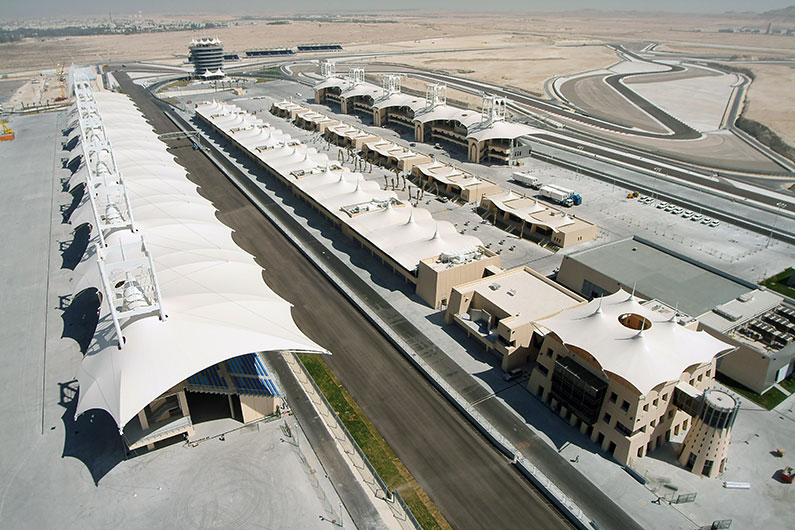 Vroom vroom! Formula One drivers are in Bahrain agetting their engines revved up and ready for the upcoming Grand Prix 2022 season.

The season will be kicking off here too with the first race of the season on the 20th of March, and to get ready, tons of drivers have entered the Bahrain formula one pre-season testing. Those who made it through the pre-season test in Bahrain can move onto the Grand Prix.

If you're interested in learning more about the results of the F1 pre-season test in Bahrain, keep reading. Let's take a look at what to know about the results and who will be making it onto the Grand Prix schedule.

Anyone who wants to be in the Monaco Grand Prix, or any of the other Grand Prixs coming this season, had to be at the pre-season testing. And, with the competition running high, it was an exciting day at the races.

At the start of the race, Charles Leclerc was in front, making headlines on the morning's timesheets. However, after the conditions cooled down during the day, he fell behind, coming in third overall.

The winner ended up being slightly more surprising Pierre Gasly, with Alpha Tauri winning the overall on the first day.

Just behind Tauri was Carlos Sainz, coming up in a Ferrari. Despite being a second-place winner, he didn't offer as much action as Zhou Guanyu, who came in at 14th place after a pit stop delay.

What did disappoint a few fans on the first day is that Max Verstappen, Nicholas Latifi, Kevin Magnussen, Mick Schumacher, Yuki Tsunoda, and Daniel Ricciardo were all absent from the tests. This was partly due to illness, among other reasons.

Day two in Bahrain was another action-packed day, with Carlos Sainz setting the record for the fastest lap. Despite his small victory, he also managed to acquire a number of red flags, somewhat marring his accomplishment.

At noon, Sainz set another record when he went in to battle for the title of champion of the day and managed to finish just half a second ahead of Max Verstappen.

Another exciting happening at the event was when Lando Norris had to make a pit stop, bringing out another red flag. He wound up driving the whole day in the stead of his sick teammate, Daniel Ricciardo.

Fans were excited to see Kevin Magnussen back in the cockpit on Day Two, doing some excellent work to make up for the lost time. He made an extremely fast lap, coming in at one minute and 33 seconds during the evening's laps.

Last in the top ten of the day was another driver that fans were happy to have back: Yuki Tsunoda. Tsunoda managed to make more than 100 laps just on his first day at the testing.

The last day of the pre-season testing in Bahrain was marked by Max Verstappen topping the timesheets and coming in as the reigning champion for the event. He's left fans excited to see what he'll bring to the table during the Grand Prix itself.

Another notable happening at the morning's races was when Fernando Alonso made it to third place. He set his fastest lap in the last few minutes of the event, just barely claiming his crown as the third-place winner.

We also saw some great action from Yuki Tsunoda who had some fierce competition from Russell. Tsunoda managed to come out well ahead, however, coming in at 6th place.

In terms of red flags, the first was brought out by Schumacher, who spun around the last corner at the end of a 39 lap streak. He managed to finish in 8th place despite his red flag.

Noticeably absent from the festivities was Daniel Ricciardo, who still seemed to be under the weather. Testing showed that he was positive for Covid-19, so we're not sure if we'll get to see him in this year's F1 season.

What to Expect From the Bahrain 2022 Grand Prix Season

There are tons of races lined up for this year, starting with the Grand Prix in Bahrain on the 20th of March. We'll be interested to see how the pre-testing contestants fair in the races themselves.

At the Grand Prix, you'll have a jam-packed schedule. The day starts off with an FIA Formula 3 feature race at 11:45. The race is set to last for just under an hour and will have contestants making 24 laps.

Then, in the afternoon, the Formula 1 action will start with an Aston Martin Track Activity. Events such as a press conference, Porsche Sprint Challenge, and pit lane walk are also Formula 1 activities that spectators can look forward to.

The main event will kick off at 4:00 pm with a Formula 1 driver's parade before the national anthem and an air display take place. At 6:00 sharp, drivers will have two hours to make 57 laps, and that's when we'll really get to see the pre-testing pay off.

Get Ready for a Great Grand Prix Season

The Bahrain formula one pre-season testing certainly was exciting, with several expected winners and a few surprises. Those who made it through are sure to make for an interesting F1 season.

So, do you want to be a part of the action at the 2022 Grand Prix? Book a trip with our team and experience the magic of Formula One racing!