Lewis Hamilton Becomes A Legend on the Coast of the Atlantic

“I could only ever have dreamed of being where I am today.” (Lewis Hamilton)

For as long as Formula One started to believe that Hamilton might actually surpass the previously ‘unassailable’ records held by Michael Schumacher – the build up to this moment began.

Today, in Portugal, Lewis Hamilton took his 92nd race win - passing Schumacher’s record of 91 that had stood unchallenged for 19 years.

At the end of the race, with a standing ovation from a socially distanced crowd, Hamilton ran to hug his father Anthony – who was instrumental in supporting his early career. Even Hamilton’s dog Roscoe was present.

Hamilton said he owed it all to the Mercedes team: “It’s such a privilege working with them…..we are all rowing in the same direction.”

In the absence of a disaster over the remaining 5 races Hamilton looks set to win his 7th title, equalling Schumacher’s record - he is currently 77 points ahead of teammate Bottas in the championship. And you wouldn’t bet against him winning a record 8th championship in 2021 either.

Mercedes Peter Bonnington said today that Hamilton was ‘rewriting the history books’ and Verstappen commented “everybody know he is very quick, but what has been his strong point is he is very consistent and very rarely makes a mistake.”

It has taken Hamilton just 262 races to take this record. His first win was in Canada in 2007 during his debut season and he is the only driver to have won a race in every year that he has competed. Since 2014 (excluding 2017 when he took 9 wins) he has achieved 10 or more race wins every season. 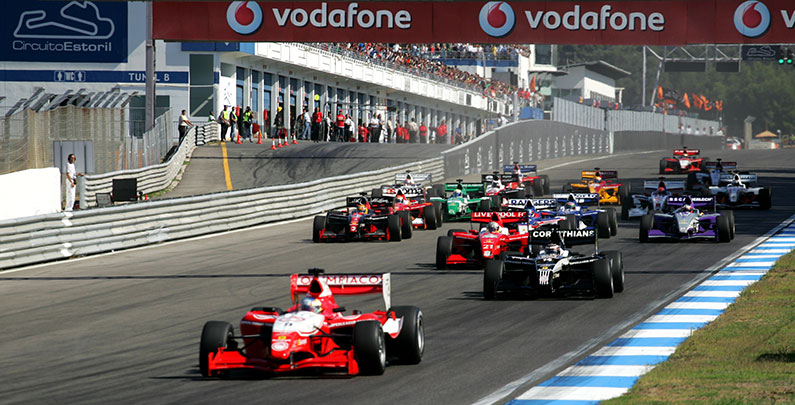 Hamilton began the race in pole, his 9th in 12 races – increasing his pole record to 97. But he dropped to 3rd after a chaotic start. Some rain and cool temperatures created a problem with those on mediums and Hamilton struggled with his tyre grip.

Carlos Sainz Jr, on soft tyres had an exceptional start from 7th on the grid and passed Bottas on Lap 2 to take the lead. But once the Mercedes tyres were up to temperature Bottas took back the lead and - with Hamilton tailing him - they left Sainz Jr behind.

On Lap 20 Hamilton overtook his teammate and from there he dominated the race. Within 10 laps he was 7 seconds ahead - managing his tyres in what can only be described as a masterclass. Even cramp during the last 10 laps couldn’t divert him from his goal. Hamilton finished 25 seconds ahead of Bottas and became a record breaker.

Few sportsmen achieve at this level. His ability to weather whatever is thrown at him and stay ‘standing’, his racing intelligence and incredible skill: wherever your fan loyalties lie – you cannot deny he is one of the greatest drivers that this sport has ever seen.

So, what was happening elsewhere? This race certainly had plenty of excitement.

Bottas finished in 2nd place. But after leading, was understandably frustrated “I just had no pace today. I don’t understand why.”

Verstappen and Leclerc were both impressive in recovering after a difficult start – dropping to 5th and 8th respectively on the opening lap. Verstappen finished 3rd, with Leclerc 4th.

Alpha Tauri’s Pierre Gasly was also outstanding today – the highlight a beautiful pass around the outside of Perez to take 5th with 2 laps remaining.

Sergio Perez recovered well following a 1st lap collision with Verstappen which resulted in a spin and saw him stop for fresh tyres - putting him to the back of the grid. He raced well to finish 7th.


Kimi Raikkonen was in the ‘brilliant start’ camp as he rose from 16th to 7th place. Soft tyres again seeming to make the difference. He made it up to 6th place before the evident lack of pace of his Alfa Romeo caused him to slip back. He finished just outside the points in 11th.

This coming weekend Formula One goes to Imola for the Emilia Romagna Grand Prix. The first race held here since 2006.

Unfortunately, there won’t be a crowd at the race – because due to COVID restrictions the Italian government have banned spectators. But there will be plenty watching at home:

See you on the couch!