Can ANYONE Stop The Dutchman!

Another win for Max Verstappen. This time upsetting the Tifosi who were hoping for a home win for Ferrari and Charles Leclerc. 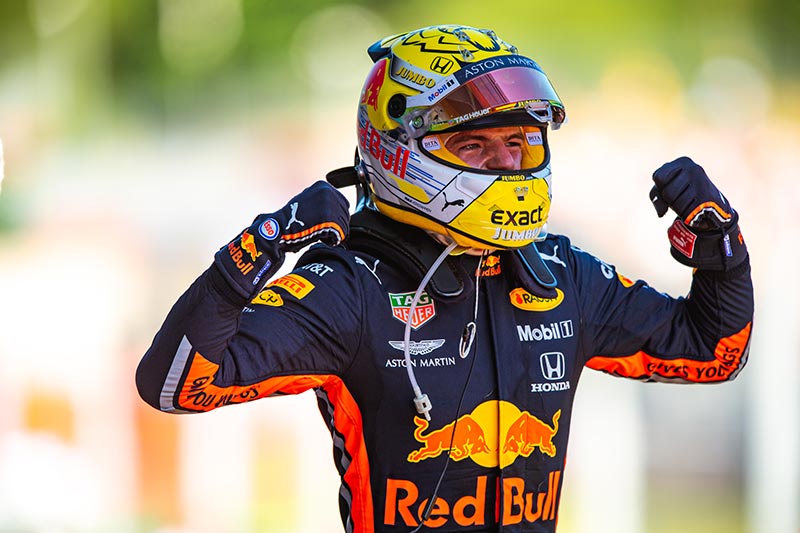 It was Verstappen’s 11th win this season – putting him 116 points clear. This means that it is statistically possible for him to win the championship as early as the next race in Singapore.

Today Leclerc had started in pole, with Verstappen in 7th following a grid penalty for excessive engine usage. It took Verstappen just 5 laps to be running in 2nd and challenging Leclerc.

The current strength and speed of Verstappen requires Leclerc and Ferrari to not put a foot wrong. But again, their strategy (2-stop) came into question.

The first safety car (virtual) came out on Lap 12 after Sebastian Vettel’s Aston Martin broke down. Ferrari decided to stop during the car - but timed it wrong and did so when the VSC period was coming to an end – so Leclerc didn’t gain as much of an advantage as they had hoped.

Verstappen stuck to his plan of pitting on Lap 25 and emerged back on track 10 seconds behind Leclerc – which became 5 seconds after 7 laps.

Ferrari then called Leclerc in for softs on Lap 33. But he emerged 20 seconds behind, before a safety car (following Daniel Ricciardo’s retirement due to an engine problem) was deployed with 5 laps to go.

All drivers pitted under this car – except Lewis Hamilton – but there was no time to restart the race and it eventually finished under the safety car.

After the race, Mattia Binotto refused to accept that Ferrari had made an error with their strategy, saying that Verstappen was so fast that he would have won either way. Perhaps supporting Ferrari’s strategy - Christian Horner said if Leclerc had not pitted under the VSC then Red Bull would have done so.

So, if Verstappen wins in Singapore and Leclerc retires – Verstappen will become champion with 5 races to go.

But while a win for Verstappen looks likely, Leclerc will be looking to finish on the podium – on a track that ‘should’ suit Ferrari. Providing nothing goes wrong.

Carlos Sainz Jr and Lewis Hamilton were among several drivers given grid penalties – for using too many engine parts - and both drove well to recover. Sainz Jr started in 8th and finished 4th, while Hamilton started 19th and finished 5th.

Sainz Jr’s drive was deemed the more impressive. But as Hamilton made his way up the grid, he achieved a dramatic double overtake on Lando Norris and Pierre Gasly between the 1st and 2nd chicanes.

Alpine’s Fernando Alonso had started in 6th but suffered engine problems and was forced to retire.

Aston Martin suffered a double retirement - with Sebastian Vettel and Lance Stroll both failing to finish. This was Vettel’s final race at Monza (his first F1 victory was here in 2008) and he said afterwards “well it is definitely one that I will not remember, but still it was a nice weekend.”

Williams’ Alexander Albon was unable to take part this weekend – after being diagnosed with appendicitis. His replacement Dutchman Nyck De Vries made an impressive debut to finish in the points – in 9th - and ahead of Zhou Guanyu. De Vries had qualified in 13th, but with all the engine penalties was promoted to 8th. He drove a controlled race, only dropping a place to finish 9th.

After the cancellation of the Russian Grand Prix, we will have to wait 3 weeks for the next race in Singapore on 2nd October.

See you in Marina Bay! 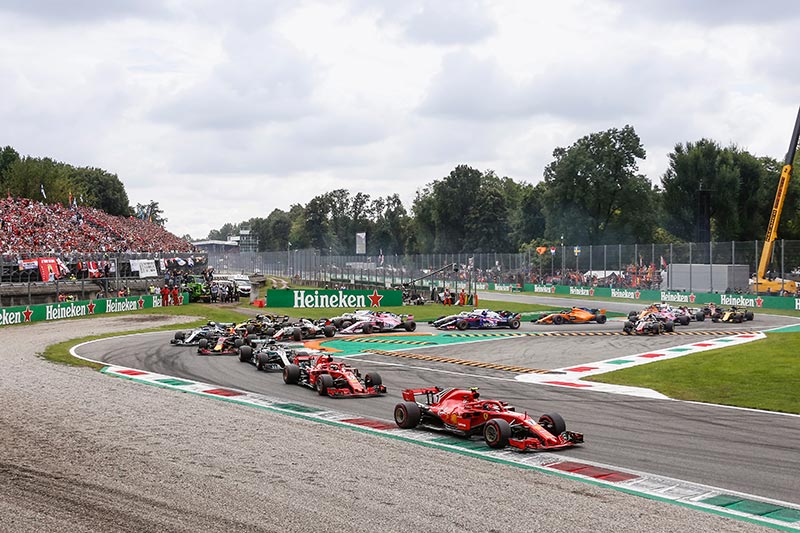