ALL CORNERS OF THE MONACO GRAND PRIX

Some Info About The City Track In Monaco

The difficult, slow and (relatively) short track through the stunning streets of Monte Carlo - is what makes the Monaco Grand Prix arguably the most iconic on the Formula One calendar.

A regular Formula One race location since the inception of the sport in 1950, Monaco also has a wealth of motor racing history.

Fans and drivers tend to adore the occasion, the scenery, the decadence of the surroundings. But it is a challenge on track.

Packed into the narrow streets, the circuit has a lot of corners – making it almost impossible to overtake. Former driver Nelson Piquet famously described it as “like riding a bicycle around your living room.”

Despite this, it is a challenge that the drivers relish. 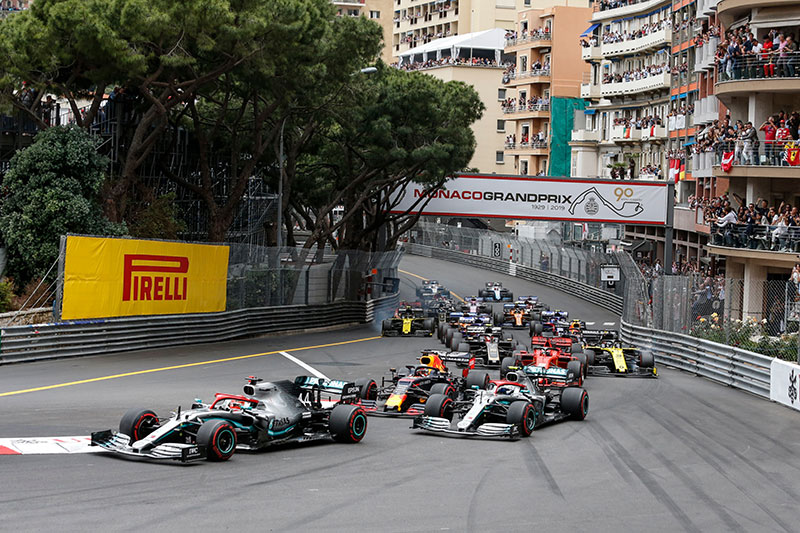 See our guide to the 13 (stubborn) corners below:

1. Sainte Devote: (Turn 1)
The circuit’s first turn is an awkwardly tight right-hander and behind its barriers is a small chapel – built to commemorate an early 4th century martyr – Saint Devota the patron saint of Monaco.
Unfortunately, the view of this beautiful chapel is mostly obscured on race day by the crash barriers and temporary advertising structures.

2. Beau Rivage: (Turn 2)
Ok, this is more of a slight bend than a corner. Its name means ‘beautiful coastline’ because it boasts exceptional views of the Cote d’Azur – except on race day when multiple glamourous yachts line up in the harbour for an unmatched viewing experience. The ‘corner’ itself is high speed and uphill – as drivers attempt to pick up the pace away from the first corner before hitting Massenet.

3. Massenet: (Turn 3)
This long left-handed corner is named after the French opera composer Jules Massenet. The opera house and a bust of Massenet run alongside the turn. It is a good job that the drivers are so focussed – as they will not be distracted by all this beauty surrounding the track.

4. Casino Square: (Turn 4)
Probably the most iconic part of the track. The circuit takes the drivers around the most famous building in Monaco - the magnificent casino, its water fountain and gardens.
An interested fact about the casino is that the Monegasque (citizens of Monaco) are not permitted to gamble in the Monte Carlo Casino. This law has been in place since the 19th century.

5. Mirabeau: (Turn 5 and 7)
Named after the nearby Hotel Mirabeau this corner is in two parts – the high (haute) and low (bas) corners are either side of the famous hairpin bend. Cars tend to rush into the tight right-hander, before slowing down heavily for the next turn. Because of the difficultly manoeuvring – this corner often sees pile ups, drama and crashes. 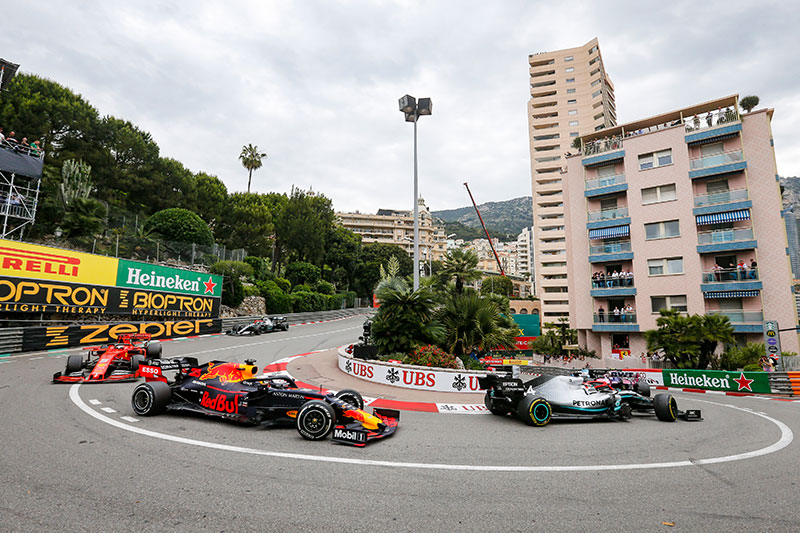 6. Grand Hotel Hairpin: (Turn 6)
Previously known as the ‘Station,’ ‘Fairmont’ and ‘Loews’ Hairpin (the name changes based on the name of the nearby hotel) this is one of the most recognisable corners of the Monaco Grand Prix. This recognition is perhaps because it is the slowest corner of a notably slow track. Drivers travel at just 30mph.

7. Portier: (Turn 8)
This corner is named after a neighbourhood in Monaco, next to the sea. Portier also means (in English) the lowest order of Roman Catholic seminarians.
Portier is probably most remembered for when Ayrton Senna crashed in the 1988 Monaco Grand Prix. Senna had been a minute ahead of teammate (and closest rival) Alain Prost – until this crash handed Prost the win.

8. The Tunnel: (Turn 9)
Ok, this isn’t really a corner – rather a sweeping straightaway. The difficulty lies in the lighting and aerodynamic conditions – that differ to the rest of the track. Drivers tend to seize the opportunity to ‘put their foot down’ through the tunnel.
If it is a sunny day, there is a danger that when the drivers emerge from the darkness of the tunnel - they will be hit with a distracting beam of light. After this tunnel exit, when the cars brake for the next turn – is one of only a few overtaking opportunities on the circuit.

9. Nouvelle Chicane: (Turn 10 & 11)
A steep hill takes the drivers down into the chicane – where they are required to brake heavily before entering. This chicane was previously called the Chicane du Port, before being renovated and renamed the Nouvelle (new) in 1986. As indicated previously, this part of the track allows a rare overtaking opportunity.

10. Tabac: (Turn 12)
Named after a small tobacco shop beside the track, this corner has seen some heavy impact crashes.

11. Swimming Pool Complex: (Turn 13,14,15&16)
Before 1973 – when the Rainer III Nautical Stadium was built - there was a straight run from Tabac to the final corner. But after the construction of the stadium, the track was resigned to adapt around it.
Now there are two chicanes that take the cars around the swimming pool. The first chicane – Virage Louis Chiron – was named after one of Monaco’s Formula One drivers. Chiron was third on the podium at the very first Monaco Grand Prix in 1950.

12. La Racasse: (Turn 17)
Named after an old fisherman’s bar in Monaco (now a high-class restaurant with the same name) this is the penultimate corner of the race. It is perhaps most famous (in recent history) for Michael Schumacher ‘losing control’ here during qualifying in 2006 – which brought out the yellow flags and prevented his rival Fernando Alonso (who had been looking faster before the ‘incident’) from beating his time and taking his pole.
BTW a racasse is a type of scorpionfish found in the Mediterranean Sea.

13. Virage Antony Noghes: (Turn 18)
This corner used to be a hairpin named Gazometre – until the 1970s when it was redesigned and renamed after Antony Noghes, the founder of the Monaco Grand Prix. After the drivers have accomplished this final corner – they race back down to the start/finish line at Sainte Devote.
This corner was the scene of another Schumacher/Alonso incident. In 2010, Schumacher passed Alonso at this corner on the last lap of the race – unfortunately the race was still under a safety car (although it had pulled into the pits) and Schumacher received a 20-second penalty for the overtake and finished 12th. 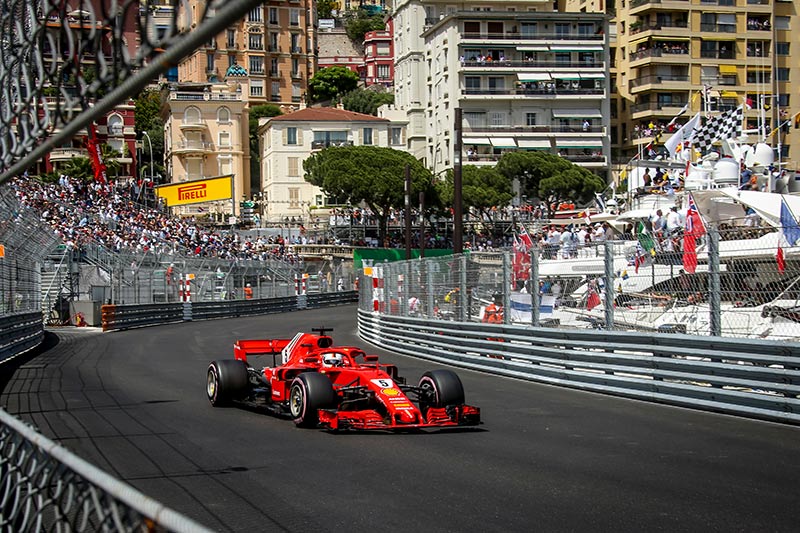