Daniel Ricciardo wins at the ‘most prestigious’ Grand Prix of the season!

Daniel Ricciardo dominated the weekend here at the ‘most prestigious’ Grand Prix of the Formula One season. He was fastest in all practice and qualifying sessions and led the entire race from pole – despite suffering a power loss with 50 laps to go.

“I don’t know how you did that.” (Red Bull Engineer Simon Rennie to Ricciardo post-race)

After Ricciardo’s only pit stop on Lap 17, while leading by 3 seconds – he suddenly lost 25% of his engine power – leaving him to vend off Vettel for two-thirds of the race, using only 6 gears. This Schumacher-esque (at the Spanish Grand Prix in 1994 Michael Schumacher finished 2nd using only fifth gear) achievement helped the Aussie to put the pit-stop bungle that cost him the 2016 Monaco Grand Prix behind him.

Hamilton now leads Vettel by 14 points, with Ricciardo now in 3rd place in the championship – 38 points behind. 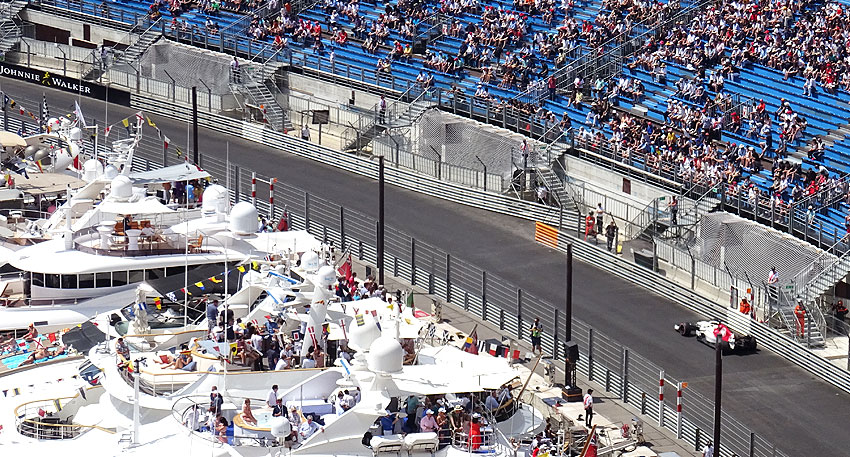 All drivers managed their tyres, so they only had to pit once. On a track notoriously difficult for overtaking this would seem a prudent move - in order to maintain their position – but the result was fairly pedestrian. The top 6 on the grid finished exactly where they started.

According to Hamilton, “It wasn’t really racing. Ultimately we were turned down and just cruising around to make sure we got to the end.”

Hamilton is believed to have discussed how to make the race here more exciting – with Prince Albert II of Monaco himself – a suggestion was to make the track longer to include more overtaking opportunities.

One of the exceptions to this procession of cars was Max Verstappen. He started at the back of the grid, after a crash in practice meant that he missed qualifying. From the back he drove a mature, controlled race – with a number of decent overtakes to finish 9th. Red Bull will be relieved to see this side of him, after a difficult season involving several crashes and two retirements.

For Mercedes, today was about damage limitation. They knew it was going to be a difficult race for them and so will be happy with Hamilton in 3rd and Bottas in 5th place.

The safety car emerged too late in the race (with 6 laps to go) to have any bearing on the result - when Sauber’s Leclerc suffered break failure and crashed into Toro Rosso’s Hartley – putting them both out of the race. Alonso retired for the first time this season with a broken gearbox.

Next up Canada – also a street circuit, but a fast one that invites overtaking - and a favourite of Lewis Hamilton’s. Renault and Honda are expected to unveil major engine upgrades in time for this race. If Renault’s improvements go to plan, they could affect Red Bull’s decision to stay with engine supplier Renault (or move to Honda) and Ricciardo’s decision to stay with Red Bull. A successful improvement could also make Ricciardo a major title contender this season. Watch this space..