Max is closing the lead! 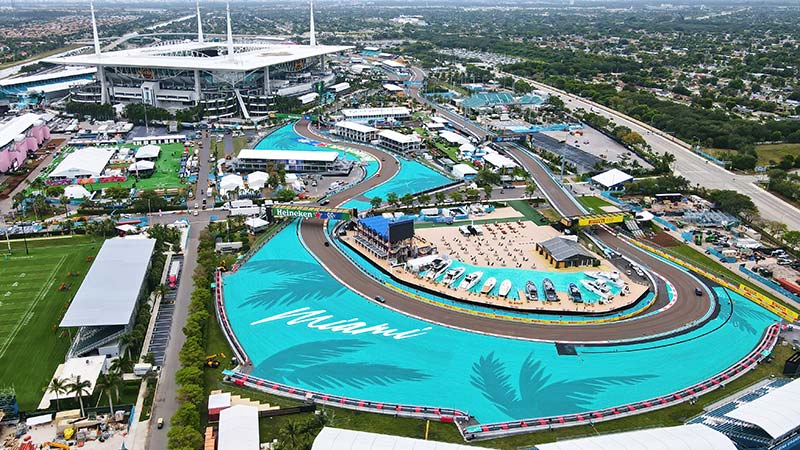 “I think we kept it exciting until the end.” (Max Verstappen)

The glamour, the build-up, the palm trees, the marina, Formula One stars being photographed with A list celebrities – the Miami Grand Prix arrived in style. And fittingly, the winner of its inaugural race was the current World Champion Max Verstappen. 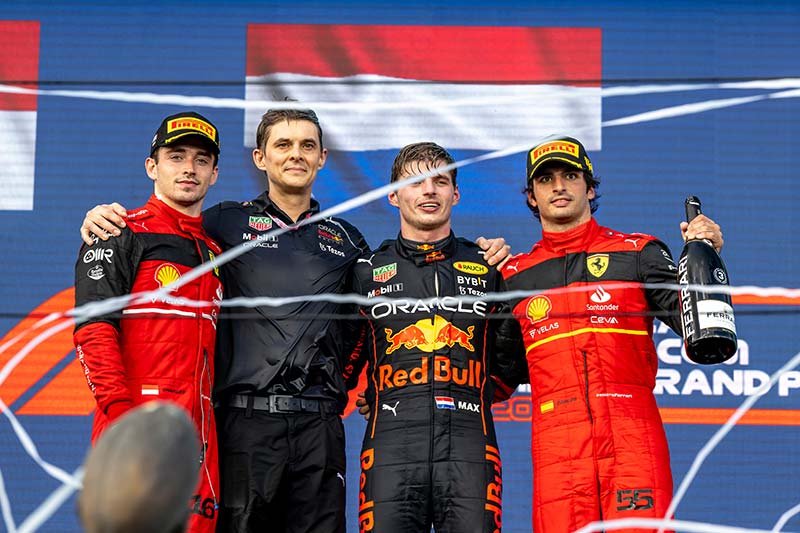 Verstappen had started in 3rd behind Carlos Sainz Jr in 2nd and Charles Leclerc in pole – but an impressive start saw the Dutchman pass Sainz Jr, then chase after Leclerc before finally overtaking him on Lap 9.

From there it was looking like an easy victory for Verstappen as he built up a strong 8 second lead. However, a chance to regain the lead was handed to Leclerc in the form of a late safety car – when the rivals found themselves together at the restart with 10 laps to go.

To his credit, Leclerc threw everything at this opportunity and was within a second of Verstappen for the following 5 laps. But he couldn’t get close enough to overtake and eventually Verstappen’s superior pace became too much. Leclerc had to settle for 2nd place.

Verstappen’s performance was even more impressive considering the reliability issues that he suffered on Friday – had lost him a lot of track time. His win today (his second consecutive win) has reduced Leclerc’s lead in the championship to 19 points. 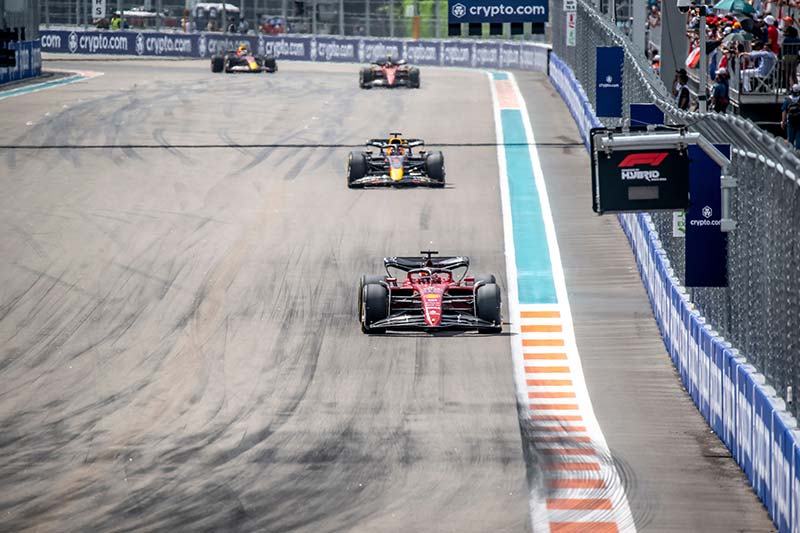 Mercedes George Russell drove well today, starting in 12th and finishing 5th. The Brit’s risky plan of going long on hard tyres and banking on a safety car (where he could get a ‘free’ pit) paid off.

At the restart his new tyres allowed him to pass teammate Lewis Hamilton. Twice. His first attempt was disallowed because he gained an advantage by going off track – but he repassed Hamilton almost immediately after conceding the place.

Hamilton eventually finished 6th – which although poor by last year’s Hamilton standards – was a vast improvement on his 13th place finish at Imola two weeks ago.

Hamilton felt that the strategy had not ‘been kind to him.’ It was the second time a safety car had negatively impacted his race in the past 3 races. While he had discussed (with engineer Peter Bonnington) the possibility of pitting during the safety car period – he decided not to – because he didn’t want to lose a place to Russell. Given that this happened anyway, you could argue that Hamilton’s decision-making seems to have been affected by his lack of confidence in the car.

Valtteri Bottas had been ahead of both Mercedes at the restart, but an error that saw him slide wide – allowed them passed and he finished behind them in 7th.

Alpine’s Esteban Ocon was another driver who benefitted from choosing a long first stint on hard tyres, then pitting under the safety car and he finished in 8th. Teammate Fernando Alonso was given a 5 second penalty for a collision with Pierre Gasly and finished outside the points in 11th.

Soon after the contact with Alonso, Gasly then collided with Lando Norris. Gasly had run wide at Turn 8 and found himself alongside Norris on the long straight – when Gasly’s front left wheel hit Norris’ rear right – putting both of them out of the race.

Back to Europe for the Spanish Grand Prix on 22nd May.

We can’t wait to see what happens next!

If you would be interested in going next year to the Miami Grand Prix, then why not have a look at some of the hospitality packages for the Miami GP we have on offer for this new event or give us a call on 01382 480077 and we can talk you through your options and prices. We would love to hear from you and know you will have a grand prix adventure to remember. 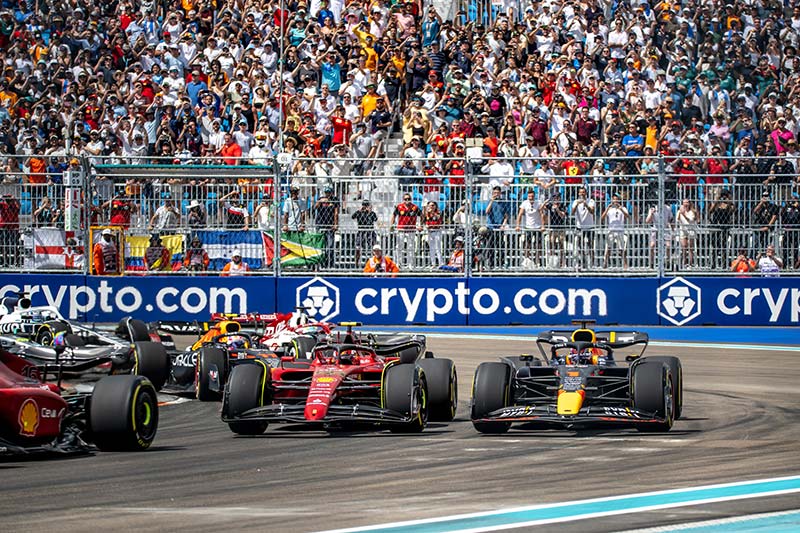