Mercedes Benz or the Silver Arrows based in the UK! 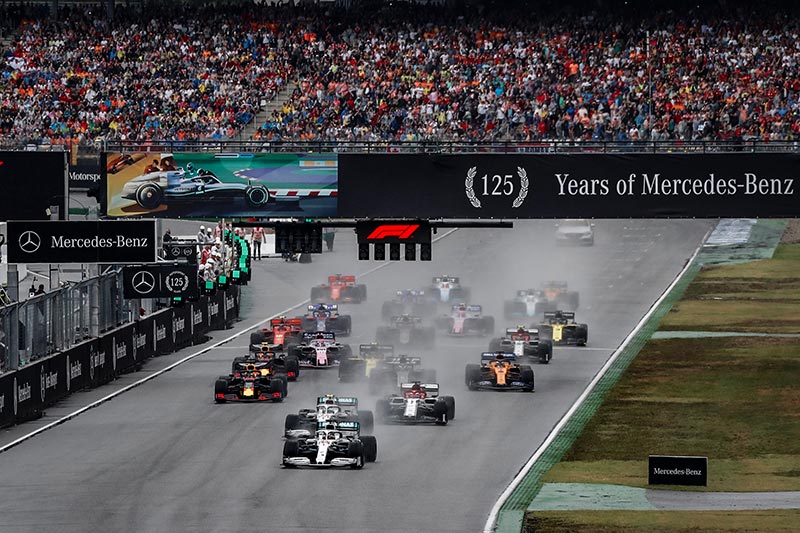 Nicknamed the ‘silver arrows’ Mercedes-Benz have been involved in Formula One since 1954.

Currently known as Mercedes-AMG Petronas Formula One, they are based in the UK (Brackley, England) and hold a German licence. Team principal Toto Wolff has a 30% shareholding in the company.

The team won their 1st Formula One race at the 1954 French Grand Prix with F1 legend Juan Manuel Fangio. Fangio won another 3 races in Germany, Switzerland and Italy to take the Drivers’ Championship that year. Mercedes won it again with Fangio the following year in 1955.

However, after the ‘most horrific’ crash in motorsport history at Le Mans on 11th June 1955 – Mercedes retired from motor racing until 1989.

What happened at Le Mans? Mercedes driver Pierre Levegh hit Austin Healey’s Lance Macklin at high speed after the latter had swerved out of the way of Jaguar’s Mike Hawthorn and into the path of Levegh. The impact launched Levegh’s Mercedes into the air - it hit the crowd on at least two occasions and disintegrated killing Levegh and 83 spectators. 180 were injured. The layout of the track was later deemed to blame.

Since 2014, when a new FIA rule required turbochargers and hybrid electric engines Mercedes have become one of the most successful teams in the sports’ history. They won 8 consecutive Constructors’ Championships between 2014-2021 and hold the record for the most wins in a season with 19 in 2016.

The roots of the current team can be traced back to Tyrrell Racing who competed as a constructor between 1970 and 1998.

Before the 2010 season Daimler AG (Mercedes-Benz parent company) bought a 45.1% stake in Brawn Grand Prix Team. Aabar Investment bought 30%. Combined with a new sponsorship deal with Petronas – the team was rebranded Mercedes GP Petronas Formula One. Ross Brawn would continue as team principal for now. This team had been at the peak of Formula One - in 2009 Brawn had won the Constructors’ Championship and Drivers’ Championship with Jenson Button.

Nico Rosberg and Michael Schumacher (returning to F1 after a 3-year absence) would be the new team’s drivers for 2010. Rosberg finished 7th in the Drivers’ Championship, but Schumacher’s comeback was disappointing – he failed to achieve a win, pole position, podium or fastest lap this season.

Mercedes finished 4th in the Constructors’ Championship with 214 points.

Daimler and Aarbar purchased the remaining 24.9% of the company.

Mercedes finished 4th in the Constructors’ Championship with 165 – but achieved no win, podium or pole position.

At the 3rd race of the season in China, Rosberg took pole (Schumacher was 2nd on the grid), the first pole for Mercedes since Fangio in 1955 – and the first race win in as long.

Mercedes finished 5th in the Constructors’ Championship with 142 points.

Michael Schumacher retired for the 2nd time: “There were times in the past few months in which I didn’t want to deal with Formula One or prepare for the next Grand Prix.”

Rosberg took pole and a win in Monaco – then a 2nd win at Silverstone – achieving a total of 4 podiums this season.

Hamilton won his first race for Mercedes at the Hungarian Grand Prix and achieved a total of 5 podiums in 2013.

Mercedes finished 2nd in the Constructors’ Championship – notably above Ferrari. 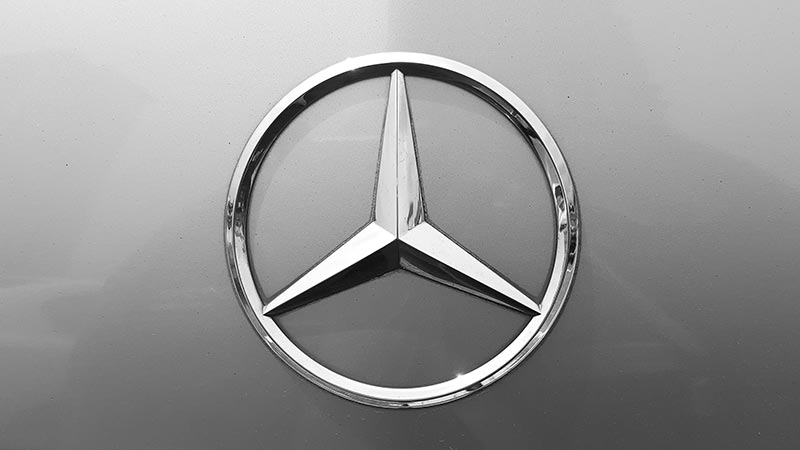 At the Malaysian Grand Prix Hamilton achieved the Formula One ‘grand slam’ – winning, after leading every lap from pole and also taking the fastest race lap. It was the first 1-2 for the team since the Italian Grand Prix in 1955. More 1-2s were to follow in Bahrain, China, Spain, Monaco and Austria.

2014 marks the beginning of the V6-Turbo Hybrid era and years of dominance by Mercedes. The team achieved 18 pole positions, 16 wins and 11 1-2s out of a possible 19 races.

By the Russian Grand Prix the team had won their first Constructors’ Championship. Hamilton won the Drivers’ Championship at the last race in Abu Dhabi – 67 points ahead of his teammate.

Mercedes won their 3rd Constructors’ Championship in a row.

After a closely fought battle, Nico Rosberg won the Drivers’ Championship - just 5 points ahead of Hamilton - and promptly retired. 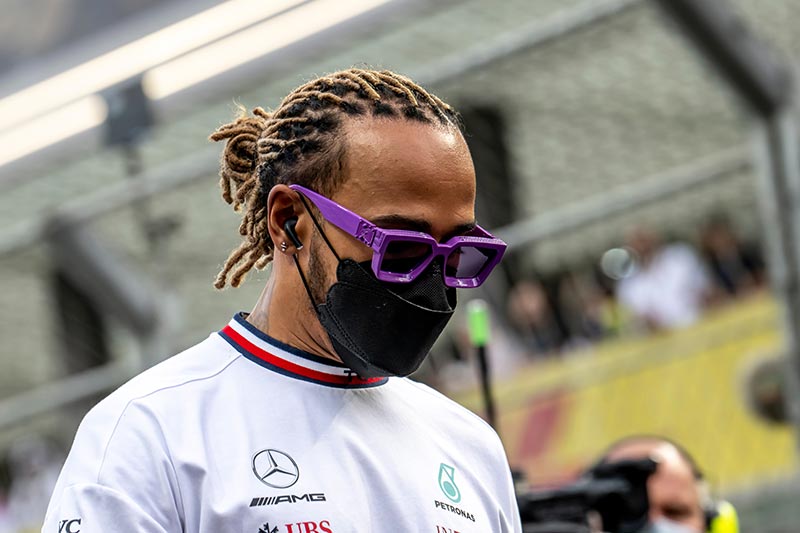 Mercedes introduced Dual-Axis-Steering – which allowed the driver to change the toe of the front wheels by pushing or pulling on the steering wheel. This feature was permitted for 2020 - but banned the following year.

For the first time in the V6-Turbo-Hybrid era – Mercedes didn’t win the championship. That isn’t to say they didn’t come very close. Hamilton narrowly lost out to Max Verstappen following a controversial finish in Abu Dhabi. 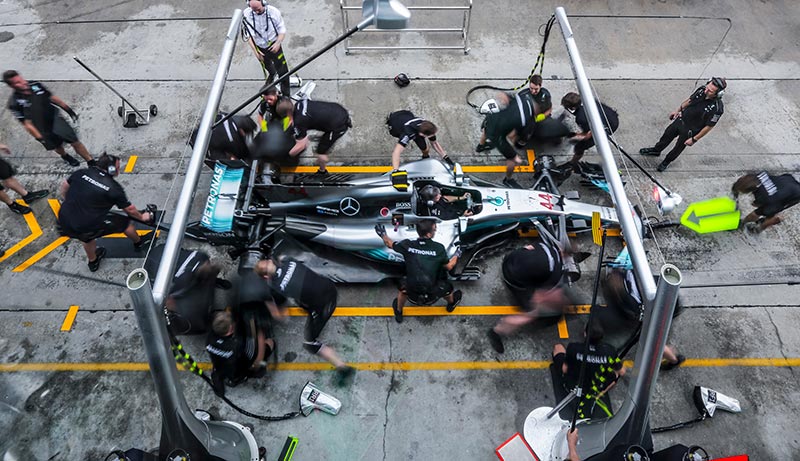