“Even now I don’t understand what happened.” (Lewis Hamilton)

It’s been a long few months. Christmas has been, the Grid Girls have gone... the cars have had an upgrade and the drivers are eager to start.

Australia is where it begins. For the past 22 years (excluding 2006 and 2010) Melbourne has hosted the first race of the Formula One season.

Last November, Lewis Hamilton won the World Championship for the fourth time, equalling his current rival Sebastian Vettel’s record. If one of them wins this year they will equal Juan Manuel Fangio’s record of 5 and be within 2 championship wins of Michael Schumacher’s astonishing 7 titles. Rivalry is at its peak...

Hamilton had taken pole after a stunning display in qualifying, then led the race confidently until Lap 20 (at this point leading by 6 seconds) when Mercedes pitted him alongside Ferrari’s Kimi Raikkonen - who in second place was his closest rival. Vettel, who had yet to worry the drivers ahead of him, was kept out. The timing of this pit proved unfortunate for Mercedes and fortuitous for Ferrari, as Romain Grosjean’s crash 6 laps later brought out the safety car – leaving Ferrari to pit Vettel unimpeded and re-join the track in front.

Overtaking is famously difficult on this circuit; a stunned Hamilton couldn’t retrieve his lead and Vettel took the first win of the championship.

Mercedes have blamed a technical glitch; Toto Wolff explained that there was an error with the software that they were using to calculate the gap Hamilton needed to stay ahead – so they had not encouraged him to push harder in order to extend the gap.

This is the second successive win here for Vettel, Hamilton has had a difficult relationship with the Australian Grand Prix in recent years. After again dominating in qualifying – this became the fourth time in 5 years that Hamilton has failed to convert pole to victory. 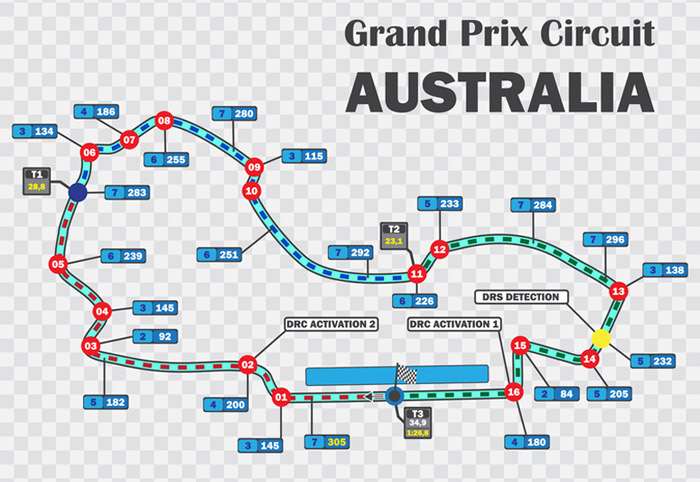 Red Bull’s car looked strong with increased pace, giving hope to those keen for a three-way title fight this year. When Daniel Ricciardo managed to break free from the pack, he set the fastest lap of the race. Ricciardo started in 8th (following a speeding infringement penalty) and finished 4thon a track in which overtaking is notoriously difficult. Verstappen started in 4th, but an unfortunate spin damaged his car and he could only finish 6th. Not his best performance, but there will be plenty of opportunity to improve with this car.

Alonso gave McLaren their best result since 2016, taking 5th. “It’s going to be much more fun this year” he said. Perhaps their new Renault engine can rejuvenate this team?

Haas had a double-nightmare with Kevin Magnussen and Romain Grosjean both retiring in quick succession, after suffering pit stop problems.

So, for some, things to mull over and correct – but also lots to be excited about for the rest of the season.