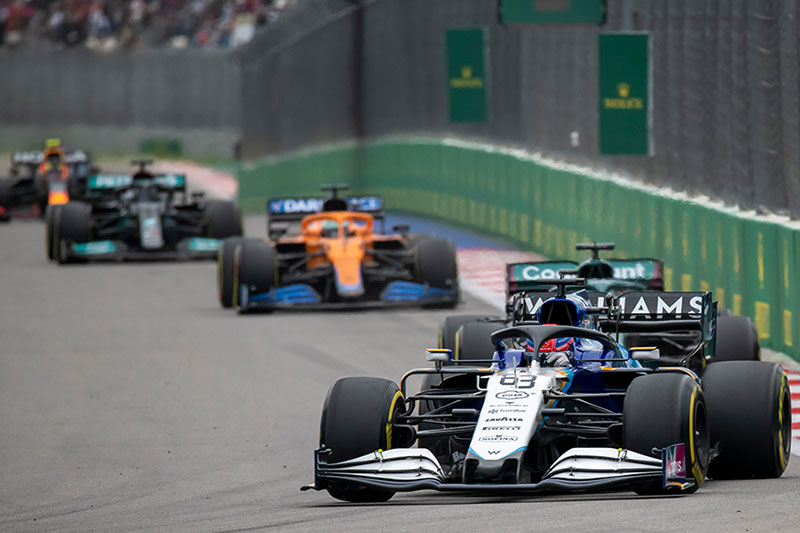 While making his way to Formula One, Russell ‘the rocket’ won the GP3 Championship in 2017 and 2018 F2 title. His potential had been noted by Mercedes and he was signed to their Formula One Junior Programme in 2017.

In May 2018 he became a Pirelli Tyre Test Driver for Force India and signed a multi-year deal for Williams in October 2018.

His motto is ‘if in doubt, go flat out’ 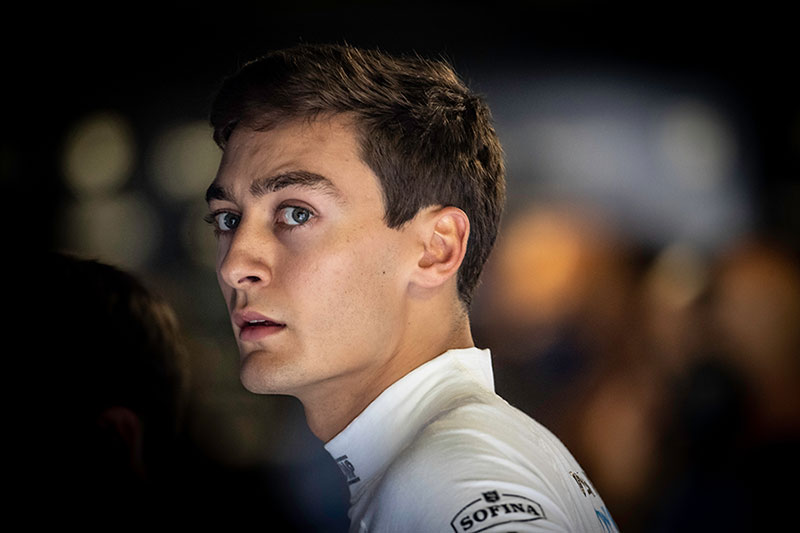 Despite his pedigree, Russell’s rookie season in Formula One is not one of those that will go down in F1 history as a new driver bursting onto the scene.

He finished the season in 20th place and was the only driver to fail to score a point.

Unfortunately, the Williams FW42 was the slowest car on the track this season. Consequently, teammates Russell and Kubica only really competed with each other.

However, he did consistently out-qualify his seasoned teammate Kubica in all 21 races.

Russell came close to scoring his first point at the German Grand Prix – as rain caused chaos in the field. He finished in 13th (after being overtaken by teammate Kubica in the closing laps) but after both Alfa Romeo drivers (Raikkonen and Giovinazzi) were later penalised for using driver aids – Russell was promoted to 11th.

He came close again in Brazil – where influences elsewhere ‘shook up’ the race and gave him the chance to race against other drivers (a late safety car also helped) – and he finished in 12th. Just 15 seconds away from the points.

A loss of fuel pressure forced Russell to retire at the opening race of the season in Austria.

He then achieved his best qualifying position so far at the Styrian Grand Prix in June – 11th on the grid - after a wet qualifying session. But he ran wide into the gravel early on in the race and could only finish 16th.

In Belgium, Russell’s car was hit by a stray wheel from Antonio Giovinazzi’s – forcing him to retire.

The Tuscan Grand Prix began promisingly – he started in 18th, but was running in the points for most of the race until a second red flag period and a poor restart put him last. He eventually passed Romain Grosjean to finish 11th.

He referred to the incident at the Emilia Romagna Grand Prix that saw him crashing out while running in 10th (following the safety car) as the ‘biggest mistake of my career.’

But a pivotal moment arrived at the Sakhir Grand Prix.

After Lewis Hamilton tested positive for COVID, Russell was asked by Mercedes to stand in for the team. Russell qualified in 2nd place – missing out on pole to Bottas by just 26 milliseconds.

He started well and then led for most of the race until a mistake in the pits with 20 laps to go – mechanics fitted Bottas’ front tyres to Russell’s car – meant that he had to re-pit to correct this.

Then, with 10 laps to go he suffered a puncture and had to pit again. He eventually finished in 9th and earned his first 3 points in the World Championship. 2 points for 9th place and 1 point for the fastest lap.

It was disappointing to lose the lead in those circumstances. But now people were talking about him as a real contender. 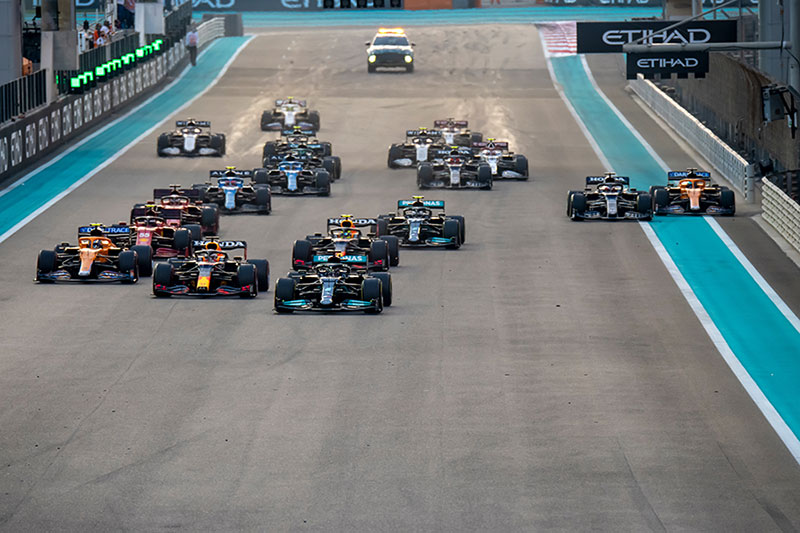 At the Emilia Romagna Grand Prix in April, Russell collided with Bottas – after contact with a wet patch made him lose control of his car – forcing both drivers to retire and the race to be red-flagged. A frustrated Russell accused Bottas of ‘trying to kill them both’ – but later apologised.

In France, Russell finished 12th with 8 drivers behind him and described it as the ‘best race (he had) ever had together with Williams.’

At the Styrian Grand Prix in June Russell qualified in 11th on the grid – but was promoted to 10th after Yuki Tsunoda received a grid penalty. Starting in 10th was his best grid position for Williams so far.

Russell started the race well and had moved up to 8th in the opening laps – but reliability issues forced him to pit on several occasions – before he eventually retired.

The Austrian Grand Prix saw Russell reach Qualifying 3 for the first time in a Williams car. He started in 8th, the team’s highest grid position since 2017. Unfortunately, he just missed out on the points – as Fernando Alonso passed him in the last few laps – and he finished 11th.

Another race, another Qualifying 3 at the British Grand Prix. But a collision with Carlos Sainz Jr handed Russell a grid penalty and he started the race in 12th – where he finished.

The Hungarian Grand Prix saw a particularly impressive Russell performance. He started 17th on the grid and finished a career-best 8th place – helped one place by Vettel’s disqualification. His first points for Williams.

Russell qualified 2nd behind Verstappen in a rainy Belgian Grand Prix Qualifying session. This was the first front row start for Williams since Italy in 2017.

The race was delayed due to the poor weather and in the end only 2 laps were completed (under safety car conditions) allowing Russell to maintain his earlier position and finish 2nd. His first podium!

A 9th place at the Italian Grand Prix and 10th in Russia added to his points.

But his season ended with two retirements: in Saudi Arabia (collided with Nikita Mazepin) and Abu Dhabi (gearbox issues)

Russell finished the season in 15th place, having scored 16 of Williams’ 23 points.

In September 2021, Mercedes announced that they had signed Russell to partner Lewis Hamilton for the 2022 season.

Russell is said to be ‘relishing’ the challenge as pundits predict his involvement in the battle for the 2022 World Championship title.