THE FORMULA ONE SEASON SO FAR 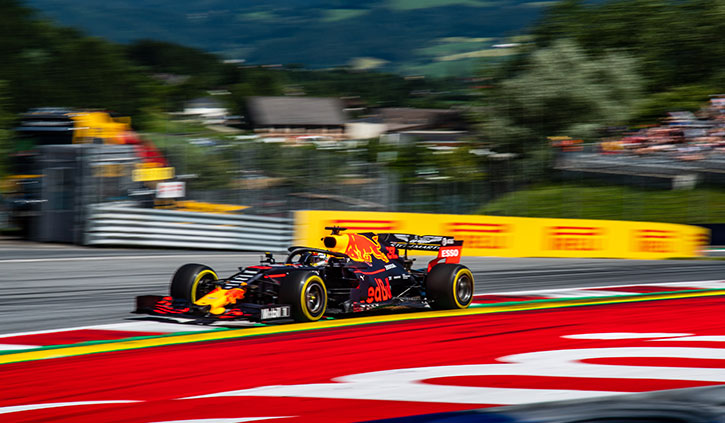 It began with drivers ‘taking the knee’ in support of Black Lives Matter. All driver wore t-shirts with ‘End Racism’ on them, and while only 14 drivers took the knee – all confirmed their support of the movement.

Ferrari had looked unconvincing in qualifying. Mercedes had Bottas in pole, with Hamilton 2nd. Verstappen and Norris took 3rd and 4th on the grid.

Concerns for the gearbox early in the race had slowed down Mercedes, but they still looked like they were cruising to a 1-2 finish. This was until the emergence of two late safety cars – when the race came alive.

The first car appeared on Lap 49 after an engine problem caused Williams’ George Russell to retire. While Mercedes kept their cars out during this period – many others – including Albon, Leclerc and Norris pitted for fresh tyres.

Following an incident in which Raikkonen’s tyre came off, a second safety car came out. This gave Albon the opportunity to attack the Mercedes 1-2. On Lap 60, Turn 4, Albon looked ready to pass Hamilton and as he did so Hamilton clipped him with his front left wheel – causing Albon to spin into the gravel – ending his race.

“I’m a bit depressed right now… I really felt like I could have won the race” said Albon later.

The incident gave Hamilton a 5 second penalty – which eventually denied him a podium place. And it wasn’t the first penalty he had been given this weekend. Less than an hour before the race began, after a review of an incident in qualifying (he had not slowed down for yellow flags) stewards had given Hamilton a 3-place grid penalty. These costly errors lost him valuable points, particularly as appeared to be the fastest car on the track. Finishing 4th was not part of the plan.

Leclerc drove an incredible race, later passing Perez, then Norris to take 3rd (which became 2nd following Hamilton’s penalty) and Norris did well to hold off Hamilton to take the final podium.

McLaren also took 5th place with Sainz Jr. Following the race Norris said “I’m over the moon, my best Formula One result and my first ever podium…I’m so happy for the team, to achieve what we have given where we were a few years ago.”

Unsurprisingly, given the general chaos, 9 drivers did not finish.

Take two in Austria and for Hamilton normal service has resumed.

“What a weird year, but great to be back with this kind of performance.” (Hamilton)

Hamilton won pole in a wet qualifying and then led the race from the first corner. He was then untroubled, cruising to a comfortable victory, while the racing happened behind him.

Ferrari had a disastrous day, with both drivers colliding with each other on the first lap, putting them both out of the race.

Leclerc had received a 3-place grid penalty for blocking in qualifying and he started in 14th on the grid. An effort to correct this early in the race went very wrong - as an overambitious move at Turn 3 ended in a collision with his teammate.

“It was completely my fault. I apologised to Seb, but excuses are not enough in times like this.” (Leclerc)

Helped by a clever tyre strategy, Bottas managed to pass Verstappen on Lap 67 to maintain the Mercedes 1-2. When Verstappen had stopped for fresh tyres on Lap 24, Bottas stayed out for another 10 laps until he pitted – this gave him greater pace in the closing stages.

“It was a good battle with him (Verstappen)… Racing so close is always good fun.” (Bottas)

After starting in 17th place, Perez passed driver after driver before, with 2 laps to go, he attempted to pass Albon and clipped his front wing. Incidentally, this occurred at the same point in Turn 4 that Albon and Hamilton collided last week. Now all was left was for Perez to try and maintain his position, but he was passed by Norris on the final lap – eventually finishing in 6th.

Racing Point ‘The Pink Mercedes’ was criticised because of its likeness to last year’s Mercedes, which they have admitted that they have copied.

Hamilton’s 90th pole position. His win here - with help from 2nd place Verstappen – put him ahead of teammate Bottas in the World Championship race for the first time this season.

It was also Hamilton’s 8th win in Hungary and he now shares the record with – guess – Michael Schumacher for the most wins at a single circuit.

Hamilton had an 8 second lead after 3 wet laps, then switched to dry tyres and took control of the race - in a masterclass of how to race in wet conditions. With 3 laps to go, he even had plenty of time to stop for fresh tyres and achieve the fastest lap.

Verstappen’s 2nd place is even more impressive given his start... he crashed on the laps to the grid before the race. But Red Bull mechanics managed to fix it in time for the race and Verstappen was superb – despite referring to the car as ‘difficult.’ He also managed to get the better of Bottas this week, holding off his challenge at the end of the race.

Bottas had a difficult start, moving before the lights went out – he then stopped, saying that he had reacted to lights on his dashboard. According to race director Michael Masi, there was not enough movement to trigger the sensors determining a jumped start. However, this confused start dropped Bottas to 6th on the 1st lap.

Despite this, Bottas drove well and by mid-race was in 4th place, overtaking Stroll when they both stopped for fresh tyres. His 3rd place has given teammate Hamilton a chance to put 5 points between them and Bottas now 2nd in the championship table.

Lance Stroll came a strong 4th, with Racing Point teammate Perez coming in 7th. And Alexander Albon got the better of Vettel to finish one place ahead of him in 5th.

Renault complained for the second week running that Racing Point had not designed their brake ducts themselves. The stewards will set a date for the hearing.

On 24th July, Formula One confirmed that the following races have been added to the calender: Nurburgring (Germany) on 11th October, Portimao (Portugal) on 25th October and Imola (Italy) on 1st November.

While races in the Americas have officially been cancelled this season: there will be no US, Canadian, Mexican or Brazilian Grand Prixs this year. 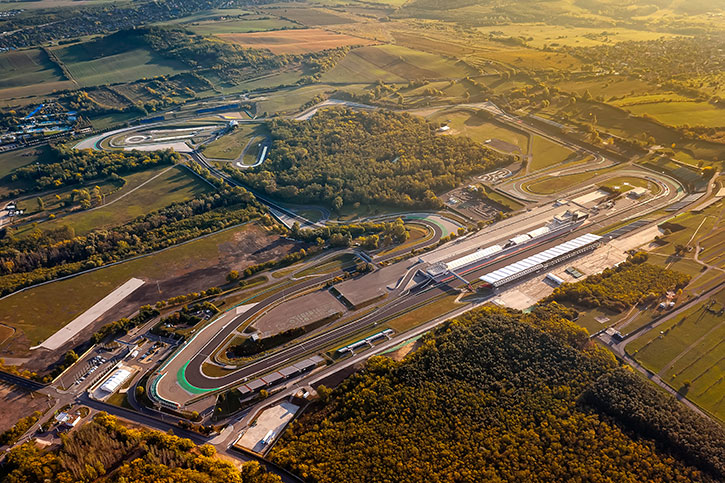