Looking Back at the Life of Frank Williams, a Legend in Formula 1

Owner of the Famous William's Team! 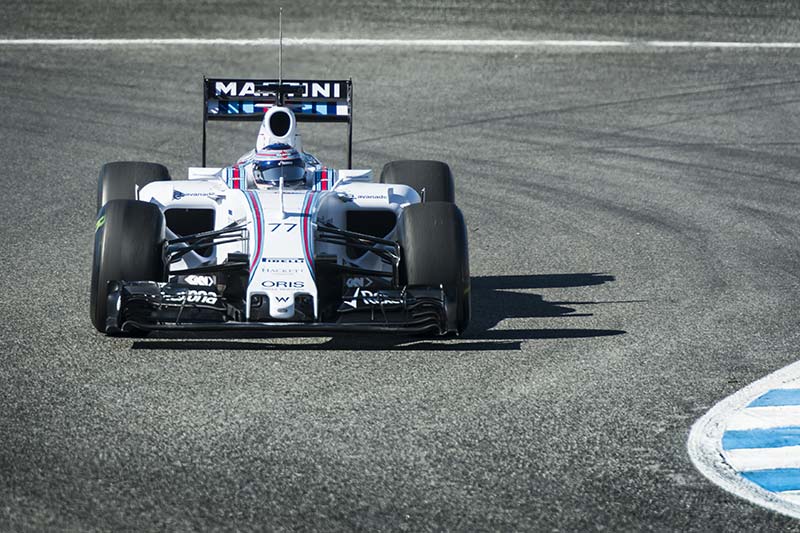 Lewis Hamilton, Michael Schumacher, and Sebastian Vettel are some of the greatest sportsmen of all time. Yet Formula 1 is unique compared to many sports in that the team behind these greats can be just as important as the drivers themselves. But did you know who was the most influential team owner in the history of the sport?

Who Was Frank Williams?

Frank Williams was a British Formula 1 team owner. Far more than a businessman, he gave everything he had to the pursuit of greatness in the sport. Despite suffering a life-changing disability in middle age, he continued managing the team through its most successful years.

Frank Williams was born on the 16th of April 1942. Born in South Shields, United Kingdom, he spent much of his childhood in the care of an aunt and uncle after his parents' divorce. His mother was a teacher and his father had worked in the Royal Air Force.

His later childhood was spent at a private boarding school in Dumfries, Scotland. After this, he would go on to be a travelling grocery salesman.

It was a Jaguar XK150 that would put Frank Williams on the road to becoming a racing legend. A ride in his friend's car would make him realise his love for racing and pursue a career in motorsport.

The early days of this did not go well. Williams started as a driver and in his own words 'was always going off the road'.  He also had a stint as a mechanic, which was also unsuccessful.

Using his wages from grocery sales, he founded Frank Williams Racing Cars and set about on a new path running a racing company. He had competitive runs in Formula 2 and Formula 3, before buying a Brabham chassis to enter Formula 1.

The early days of the company were not easy. Williams ended up making calls from a phone box after his office telephone was cut off for unpaid bills. His wife would also put her own money into the company to keep it going.

Things would become even worse when Piers Courage died in a crash during the Dutch Grand Prix. Williams would lose not only a driver but a valued friend. Eventually, the company was sold to oil tycoon Walter Wolf and Williams stayed on as an employee. 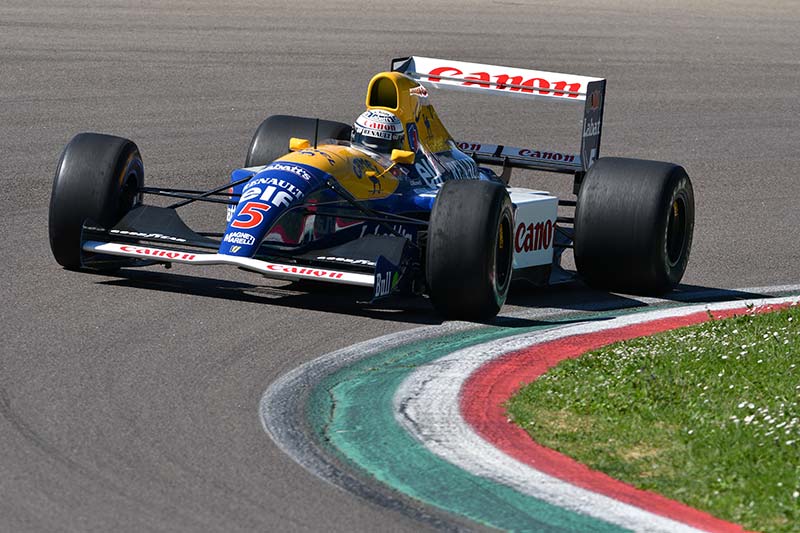 Despite selling his company not long after, Williams was not finished with F1. He left the organisation he had founded and took engineer Patrick Head with him. Working from a disused carpet factory, they began Williams Grand Prix Engineering.

Most of their financial backing would come from the Middle East. While this seems like a normal route in today's modern sport, in 1977 it was a revolutionary move, and funds from Saudi Arabia would allow them to push on with many cutting edge innovations.

The FW06 was the first car the team had and placed them as serious contenders in 1978. By 1979, they had their first win at the Silverstone Grand Prix with the FW07. While they didn't make the world championship, they improved on their mistakes to clinch the title with driver Alan Jones in 1980. 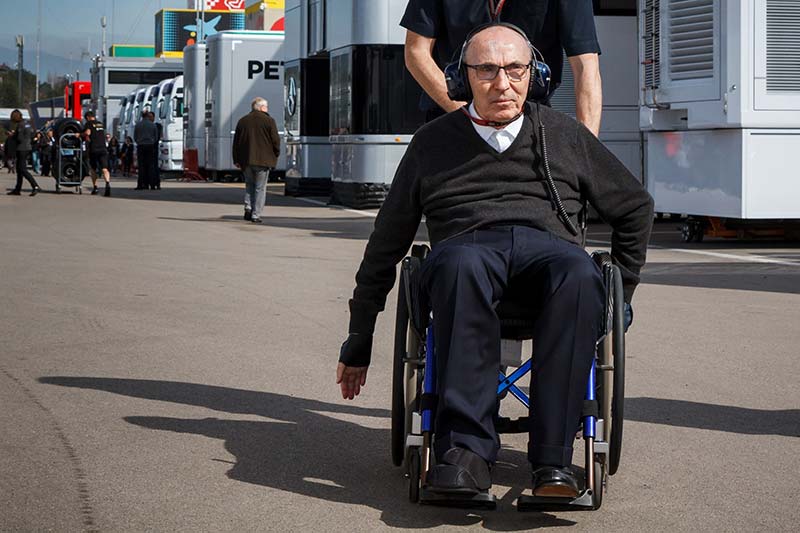 Williams was taking one of his drivers, Nelson Piquet, to the airport in 1986. They had just finished a test in France.

Frank Williams' car rolled off the road, went over a few times, upon which he felt a sharp pain in his neck. He attempted to undo his seat belt but found he was unable to do so.

This spinal cord injury would mean he was unable to walk ever again. Doctors advised him that people in his condition usually had a life expectancy of around 10 years. Despite a long road to recovery, Williams was not going to let that stop him.

By 1987, Williams was back at work with the company full time. Patrick Head had done an excellent job of running the company in his recovery period, having narrowly missed out on the title in 1986. They ended their year losing their Honda contract and with a seemingly frail manager at the helm, many feared for their future success.

After the end of their partnership with Honda, they teamed up with Renault. Not only would they achieve huge levels of success together, but they would also become a team that set standards for F1. New technologies allowed drivers like Nigel Mansell and Alain Prost to dominate in their vehicles.

A host of fantastic engineers would also join the team at this point. Adrian Newey was their chief designer for a time and would later go on to greatness with McLaren and Red Bull. Ross Brawn started his career at the team and is now managing director of Formula 1.

However, the period was not without its problems. Williams had long desired to sign Ayrton Senna to the team, after turning him down in a trial 10 years previously. Managing to attain his goal, Senna would die in a horrendous crash in only his third race with the team.

After 1997, things began to go downhill for Williams Racing. Ginny Williams, who had overseen the team when her husband was ill, contracted cancer. She would die in March 2013.

Frank Williams would begin to wind down his operations with the team in 2012. He sadly passed away on the 28th of November 2021.

The life of F1 team owner Frank Williams is a lesson in passion and perseverance for everyone. It is no coincidence that since its ownership by Dorilton Capital, it has not achieved the success it once did. Frank Williams was a literal driving force not just for his company, but the sport.

If you want to experience the sights and sounds that made Williams Racing, then book your next Grand Prix adventure with us. We can provide everything you need for the ideal getaway to tracks around the world. Contact us here and let us create your perfect race day.