The Casualties In Formula One Racing - Part 2

So many have died in the past, but certainly it's a lot safer now! 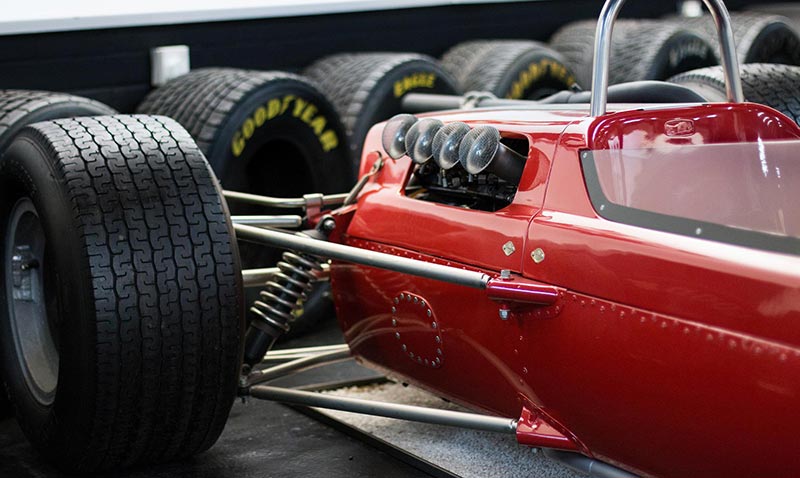 It is believed that Williamson suffered tyre failure at high speed near Tunnel Oost, causing the car to flip upside-down and catch fire. A delay with the rescue meant that he died of asphyxiation.

Friend and fellow Formula One driver David Purley tried to save him and was later awarded the George Medal for his efforts.

Following this terrible incident fire resistant clothing became mandatory for all trackside marshals, to ensure that they were safe to help in the event of a car fire. It also became more frequent that drivers would stop to help after a crash.

Suspension failure at Turn 7 caused Koingg’s Surtees TS16 to hit the Armco barrier. His speed shouldn’t have been sufficient to cause a fatality – but the barrier wasn’t installed properly. As the car made contact the lower part buckled and the car continued underneath as the top part of the barrier decapitated him.

Before race day, Pryce had set the fastest time in Wednesday practice. But he made a poor start to the race and was running last after the first lap.

An issue with Renzo Zorzi’s fuel metering unit on Lap 22 led to his engine catching fire, with him initially unable to get out of the vehicle – he couldn’t detach the oxygen pipe from his helmet. This prompted two marshals to come to assist him – crossing the track without permission.

Hans Joachim Stuck was first to pass and managed to move to avoid the marshals – but Pryce was directly behind him and saw them too late.

He hit the second marshal Jansen Van Vuuren - carrying a fire extinguisher – at 170mph. Vuuren was thrown into the air, dying on impact as he landed. The fire extinguisher that he was carrying crashed into Pryce’s head – almost certainly killing him instantly.

The Shadow DN8 carried on without a driver, eventually hitting the Ligier of Jacques Laffite – putting both cars into the barrier. Laffite survived to continue his Formula One career – only retiring in his forties when he broke both legs at the British Grand Prix in 1986.

Race winner Niki Lauda (his first win since his near-fatal accident at the German Grand Prix in 1976) initially called it ‘the greatest victory of his career’ but after learning of Pryce’s death ‘there was no joy after that.’

The race weekend didn’t start well for ‘SuperSwede’ Peterson. He damaged his Lotus 79 so badly in practice that it couldn’t be repaired in time for the race. The only available car was an ‘old’ Lotus 78 – apparently not fully maintained.

An ‘early’ green light caused chaos at the start – grouping most of the cars awkwardly together. When James Hunt moved left to avoid Riccardo Patrese, Hunt collided with Peterson. Eight drivers were caught up in the aftermath that followed.

Vittorio Brambilla had been hit on the head by a flying wheel and was prioritised medically. The injured were taken to hospital and the race restarted after the wreckage had been cleared.

At hospital Peterson was found to have 27 fractures in his legs and feet. Overnight he deteriorated and was diagnosed with fat embolism – leading to kidney failure. He died the next morning.

Peterson was posthumously awarded 2nd place in the Drivers’ Championship.

Another issue at the start – lights taking longer than usual to turn green – was instrumental in Didier Pironi (in pole) stalling. It was too late to stop the other drivers from starting and they swerved to avoid him.

Raul Boesel made contact with the back of the stationary car – spinning towards Salazar and Mass – with only minor impacts.

But Paletti didn’t have enough time to react and hit the stationary car at 110mph – throwing it into the path of Geoff Lees.

The impact crushed the ‘nose’ of the Osella and Paletti suffered chest injuries. The car then burst into flames. When it had been extinguished, Paletti had no pulse – he was eventually cut free - but died soon after arriving at hospital.

He was the second driver to die within 5 weeks of the 1982 season, after Gilles Villeneuve died in qualifying at the Belgian Grand Prix.

The race weekend in San Marino was littered with tragedy. The first incident saw Rubens Barrichello involved in a serious crash in which his car became airborne and hit a tyre wall/fence. He suffered a broken nose and arm.

During Saturday qualifying Roland Ratzenberger was killed after his front wing broke at Villeneuve Corner and propelled him into the concrete wall.

Ayrton Senna immediately climbed a fence to get to the scene, for which he was later called in front of the stewards. He wasn’t punished.

The race initially started well with Senna retaining the lead, but a safety car soon slowed the racing down.

On Lap 7 Senna took the Tamurello Corner at high speed (191mph) and apparently lost control, running in a straight line off the track and hitting a concrete wall. The race was red flagged.

Senna was removed from the car with a weak heartbeat. It was estimated that he had lost about 4.5 litres of blood from a rupture to his temporal artery. He was taken to hospital - but confirmed dead at 6.40pm (GMT).

An Austrian flag was later found in his car. He had seemingly wanted to raise it at the race finish in honour of Ratzenberger.

Conditions were poor at the Japanese Grand Prix due to heavy rain and fading daylight.

On Lap 43 Bianchi lost control and left the track, hitting a track crane that was clearing away Adrian Sutil’s Sauber (that had crashed at the same point one lap earlier) and Bianchi’s car ended up partially wedged underneath it.

Bianchi was deemed unconscious – as he was not responding to radio calls. He was treated at the track. But as the weather conditions were so bad – he was unable to be transported to hospital by helicopter and so was taken by ambulance, taking 32 minutes.

A severe head injury was reported, and he was taken into intensive care for an operation to reduce the bruising. He never recovered.

Bianchi died 9 months later on 17th July 2015. The first Formula One driver in 20 years to be killed by injuries inflicted during a race. 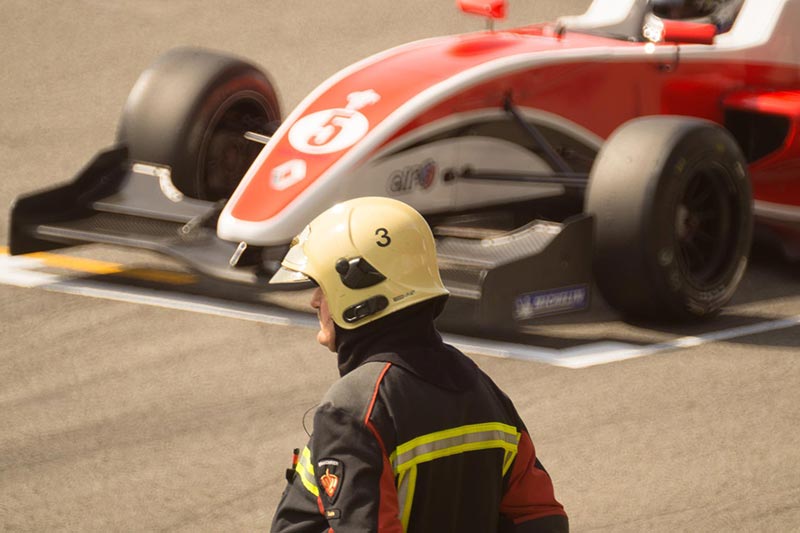