Covid-19 Outbreak Delays the Start of the 2020 Season! 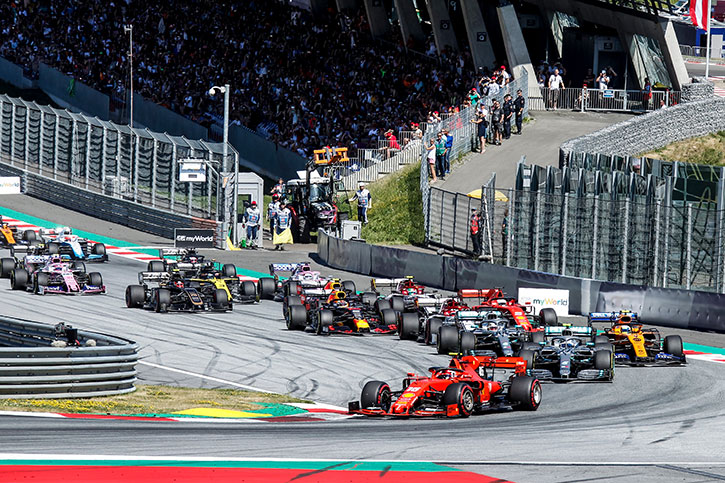 It is finally happening. Not the bumper 22 races we were expecting, we are the wrong side of Easter and there will be no crowd; but this weekend finally sees the start of the long-awaited 71st Formula One Championship.

Given the global events of the past few months, the delay is unsurprising. Life is different. When the Chinese Grand Prix was postponed back in February – we couldn’t have imagined what was to follow.

We watched as annual events were cancelled or postponed indefinitely: Euro 2020, Wimbledon and Glastonbury Festival to name a few.

We are now tentatively re-introducing things small (and not so small), that we once took for granted, in a bid for normalcy.

We can’t wait for the race on Sunday and we are certain that we won’t be the only ones.

At last - the season begins - with the Austrian Grand Prix on Sunday 5th July.

Formula One has been busy planning for this new start to the season; they have introduced a mass-testing programme, social distancing rules will be meticulously adhered to and team members restricted. They have spent time revising the race calendar – which is heavily dependent on where travel is permitted.

Organisers are anticipating that they can achieve a 15-18 race calendar before the end of the season – should the situation stay the same and everything go to plan. To fit these dates in, there are already two back-to-back races at the same circuit planned:

First in Austria at the Red Bull Ring: Austrian Grand Prix on 5th July and Styrian Grand Prix on 12th July. To differentiate between these races – the second one has been named after the region in which the track is located.

At the moment there are just 8 confirmed races:

But Chase Corey (Formula One Chief Executive) hopes that they will be in a position to publish the full calendar in the next few weeks.

At this point there are no races planned at circuits that didn’t appear on the original calendar, but this doesn’t mean that it isn’t an option. Perhaps Italian circuits Imola or Mugello, or even the Autodromo do Algarve in Portugal may be used as additions or replacements?

The following have missed their original dates and are yet to be rescheduled: Bahrain Grand Prix, Vietnam Grand Prix, Chinese Grand Prix and Canadian Grand Prix.

What we do know is that this might be the most unpredictable Formula One season ever – and that is just the calendar.

The first race is finally here. And we are sure that it won’t disappoint.