The Drivers For The 2021 Formula One Season

Here is the latest news on the top 10 F1 driver line-ups for 2021 and what team they will be racing for.

After much speculation, multiple broken Formula One records (including a 7th World Championship win) and now a knighthood - it would seem likely that Hamilton is staying at Mercedes. But it at the time of writing, this still hasn’t been confirmed. The issue is said to be that Hamilton is demanding a 4-year contract worth $200 million.

This 8-year relationship has proven to be a very successful one for both parties: with 6 Drivers World Championships and 7 Constructors World Championships between them. And if it ‘ain’t broke’ etc etc… As Mercedes Team Boss Toto Wolff commented: “If an asteroid hits the world, anything can happen.. but at the moment there is no reason he wouldn’t want to be in the quickest car and we want him in the car so it’s a perfect match.”

At the beginning of August 2020 Bottas signed a contract to stay at Mercedes until the end of the 2021 season. But last month fans noted that Bottas had deleted Mercedes from his Instagram profile after being outshone by George Russell - Hamilton’s replacement at the Sakhir Grand Prix. Perhaps they are reading too much into this?

There certainly has been talk of Bottas and Russell going head-to-head as Hamilton’s teammate for 2022 – so perhaps Bottas is right to feel unsettled. Toto Wolff has defended the Finn as being “so solid, so tough and tenacious” and if he wasn’t constantly compared to Hamilton – with Bottas’ racing record (9 wins and 56 podiums) we probably wouldn’t be having this conversation.

For now at least service resumes as normal and Bottas is concentrating on the future : “Being beaten by Red Bull at the last race of the season, for sure it motivates us even more to work hard over the winter..to make sure this doesn’t happen again.”

At just 23, Verstappen has already proven himself to be an invaluable part of the Red Bull team. He began his Formula One career at Scuderia Toro Rosso before being promoted to the parent team at Red Bull in 2016. In the same year, at just 18 he became the youngest driver to win a Grand Prix – after winning the Spanish Grand Prix. 10 wins and 42 podiums later he is practically a veteran.

Despite speculation that he would be courted by Mercedes, he has signed a 3-year contract to stay with Red Bull until 2023. However, his teammate for 2021 proved more difficult to decide on.

Red Bull are known to be ruthless if they don’t believe that drivers are performing to the expected standard. This point was highlighted when Pierre Gasly was replaced in the middle of the 2019 season by Alexander Albon. However, Albon struggled to keep up with Verstappen and has now found himself with only a reserve place in the team.

Sergio Perez has excelled this season. Last year he finished 10th in the championship, this year he finished an impressive 4th. He joins Red Bull to partner Verstappen for the 2021 season. After 7-years driving for Racing Point – this move is a big one – if only from a personal point of view.

Following the departure of Carlos Sainz to Ferrari, Ricciardo has moved from Renault to McLaren. Two years ago, Ricciardo had chosen to move to Renault rather than McLaren - but an improved chassis and Mercedes engines for McLaren in 2021 may have finally persuaded him. That and his disappointing lack of podiums at Renault.

His 2-year stint at Renault generated only 2 podiums; after previously earning 29 podiums and 7 race wins at Red Bull this can only be disheartening.

However, by regularly finishing in the points last season Ricciardo still managed to come 5th in the Drivers’ World Championship table with 119 points – an improvement on the 2019 finish of 9th with just 54.

Lando Norris will stay at McLaren following a successful season where he earned his first Formula One podium and helped the team finish 3rd in the Constructors’ World Championship.

At just 21, Norris has quickly become one of the most popular drivers in the sport. Laid back, yet professional and a regular winner of the ‘Best Social Media Contribution’ and ‘Funniest Team Radio’ awards during the race weekend. The Brit has also been commended for his work to highlight the mental health side of Formula One.

The 4-time World Champion wasn’t offered a new contract with Ferrari after struggling in 2020 - with only 7 points finishes and 1 podium – ending the season 13th in the championship with just 33 points. Having previously finished in the top 5 since 2009 (including 4 consecutive World Championship wins between 2010-2013) this will be very disappointing. Hoping that the move sees Vettel’s return to form.

It is expected that Lance will continue with Racing Point – now rebranded as Aston Martin. His father, Canadian billionaire Lawrence Stroll took over the team two years ago – when it was known as Force India.

But with 10 finishes in the points and 2 podiums it would be wrong to suggest that he hasn’t got into the team on merit.

He also still holds the record for the youngest driver to finish on the podium during his debut season – coming 3rd at the Azerbaijan Grand Prix in 2017.

This is the third time that Alonso has signed for Renault. He won two World Championships with them in 2005 and 2006.

Things have been relatively quiet for the Spaniard in the past few years and returning to a team that has given him “my fondest memories in Formula One” can only be a boost. Let’s hope the move can turn things around for this fan favourite.

Managing Director Cyril Abiteboul has signed Alonso believing that his ‘experience and determination’ will help to move the team forward.

All the talk at Renault for 2021 seems to be about Alonso’s return, but we shouldn’t discount his young teammate.

Despite being regularly outperformed by his 2020 teammate Daniel Ricciardo, by the end of the season Ocon managed to narrow the gap between them. He even managed to achieve his first podium – coming 2nd in the Sakhir Grand Prix.

“Overall the progress has been very strong, I am pretty happy with how I’ve ended the season in terms of pace, performance and how we are working together with the team.”
Can working with Alonso help nurture this young talent? 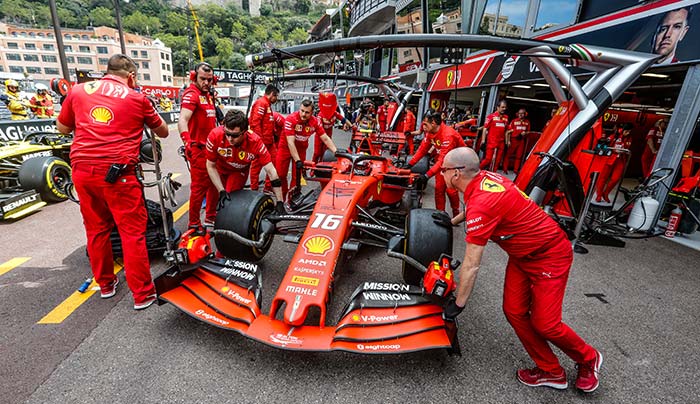