Max Verstappen Was On Form In Austin

Lewis usually reigns here, but not this time 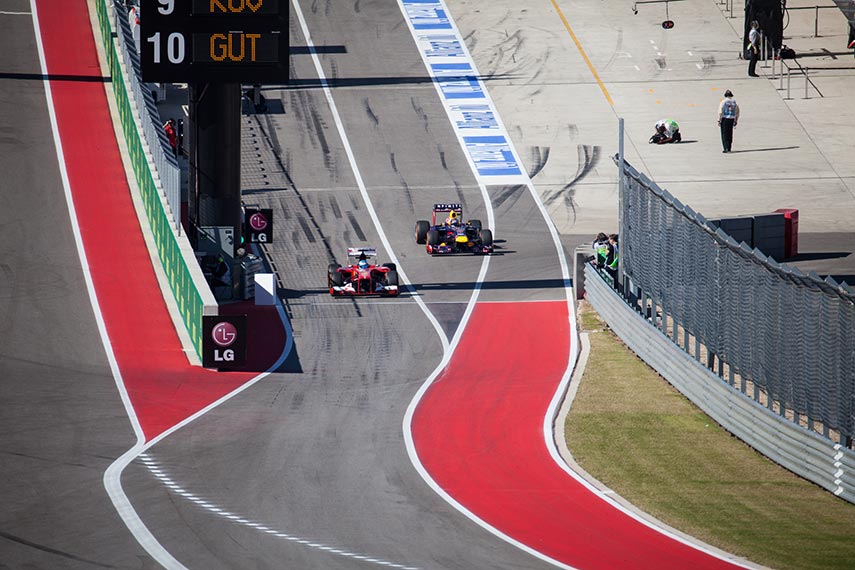 CIRCUIT OF THE AMERICAS

The Circuit of the Americas was packed today – with 140,000 fans – and the atmosphere was (excuse the cliché) electric. It was evident over this weekend that a US Grand Prix ‘post-pandemic’ was considerably more popular than it had been pre-covid.

Exactly what caused this long-awaited popularity increase may be multi-faceted, but what happened here today will have only increased it further.

Today Austin, Texas was treated to a closely fought Formula One battle between two championship rivals: with the young, currently uncrowned driver coming out on top.

It was Verstappen’s 8th win of the season and put him 12 points ahead of Hamilton in the championship. With just 5 races to go.

Verstappen had started in pole, but Hamilton took the lead early on - before losing it again when Verstappen made an early pit stop, then went for an off-set strategy that relied on fighting back for the win in the latter part of the race.

With just two laps to go, Hamilton was finally on Verstappen’s tail (less than 2 seconds behind) and at the finish line just 1.3 seconds separated them. But although the World Champion was close - it wasn’t enough – Verstappen and Red Bull had pulled off the perfect (albeit risky) strategy today.

By pitting Verstappen early on Lap 10, then Perez 2 laps later – Red Bull gave Hamilton no choice but to stay out and attempt to go long – hoping to come back at the Dutchman later in the race.

As Perez fell back, the second half soon became a close two-car battle between rivals Verstappen and Hamilton.

Verstappen pitted yet again on Lap 29, with Hamilton pitting 8 laps later – in an attempt to give him a tyre advantage in the final stages.

On Lap 37 after his pit Hamilton was 9 seconds behind. First measuring his pace to protect his tyres, then surging to close the gap from 8.4 to 3.9 seconds in just 5 laps.

Hamilton did everything he could for the win but had to be satisfied with 2nd place - as a beautifully orchestrated drive kept Verstappen just out of reach.

Red Bull’s Perez took 3rd and Ferrari’s Leclerc drove a wonderful race to finish in 4th – 24.6 seconds ahead of McLaren’s Ricciardo in 5th.

Hamilton’s Mercedes teammate Bottas made a decent recovery to finish 6th - after a five-place engine penalty had put him 9th on the grid at the start.

Austin had typically been a favourite of Lewis Hamilton’s. With the Brit achieving four consecutive wins between 2014 and 2017 and a podium in the previous two races, but today it wasn’t to be.

Similarly, the next race in Mexico on 7th November is a favourite destination of Red Bull – but can Hamilton cause an upset to correct the balance? If not, he will have a considerable task on his hands to make up the points in the last 4 races.

Come Join Us Next Year

We are offering VIP Hospitality Packages for the Mexican Grand Prix next year, so why not join us and be part of all the action! We also have a great selection of options for the Austin GP next year, contact us if you are interested, we would love to go through what is available to you.