The Grand Prix in Canada Has Had A Dramatic History! 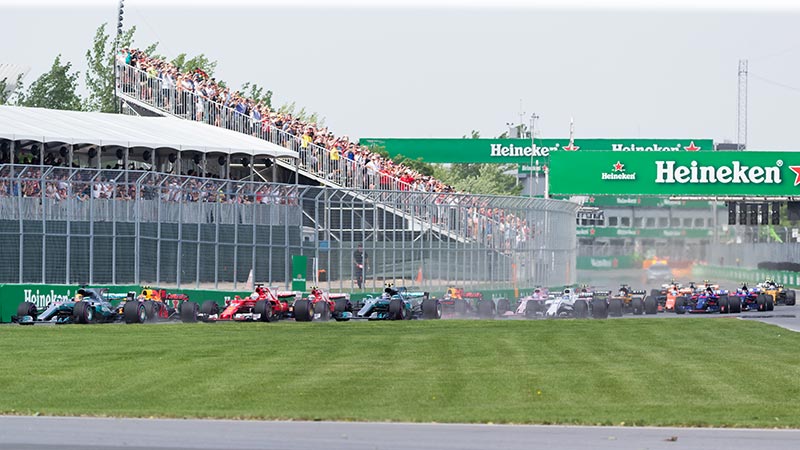 Did you know the Canadian Grand Prix track was built from rock excavated from the Montreal Subway System? Sitting on a man-made island, it is famous for holding the longest F1 race in history. Do you know the rest of its illustrious history?

Before you book your event tickets, let us take you through the highlights. Read on as we give you everything you need to know about the Canadian Grand Prix.

1. Before the Modern Era

In the early days, the Canadian Grand Prix was one of the most prestigious events of the Canadian Sports Car Championship.

Races were held at Mosport Park and would later alternate with the Mont-Tremblant Circuit. The first official event on the Formula One calendar would take place in 1967 and be won by Jack Brabham.

The Canadian Grand Prix takes place at the Circuit Gilles Villeneuve. It resides on Ile Notre-Dame, an artificial island in Montreal. This island in the St Lawrence River was built in 1961, originally intended to be an event ground for the World's Fair.

After this, it hosted part of the 1970 Montreal Olympics, after which it fell into disuse. With some reconstruction work, it was ready to host the 1978 F1 GP in Canada.

3. Who Was Gilles Villeneuve?

Gilles Villeneuve was a Canadian Grand Prix driver. He was the first to win at the new track on the St Lawrence River track, at that point named Ile-Notre Dame.

Unfortunately, Villeneuve lost his life in the 1982 Belgian Grand Prix. Driving for Ferrari, he was only 32 years old at the time. The track was named after him in honour of his legacy and even now you can find Salut Gilles on the final corner.

His son, Jacques Villeneuve, was the only Canadian F1 Grand Prix champion. However, he never won a race at the track named after his father. His highest placing was 2nd on his 1996 debut. 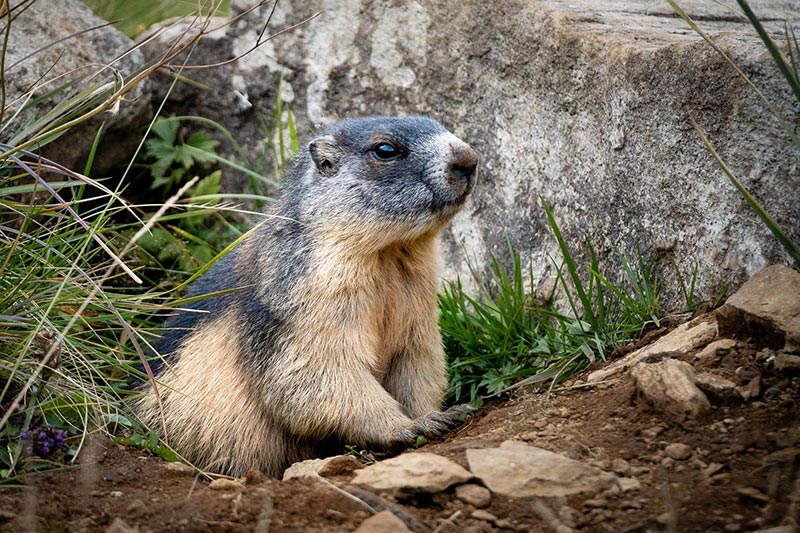 4. There Are Rodents on the Track

The island is home to numerous wild groundhogs. These cute little rodents have no fear of the cars zipping past. A type of squirrel from the marmot family, they have caused numerous problems during races.

For drivers, they are unavoidable if they decide to cross the track during a race. When a car hits, they usually cause damage to the car. Although there is a period before races where officials try to remove them, it is almost impossible to ensure they won't turn up.

The record for the most wins in the Formula 1 Canadian Grand Prix is shared between Michael Schumacher and Lewis Hamilton.

In ten years between 1994 and 2004, Schumacher won seven times. Lewis Hamilton managed to equal this when he won the 2019 Grand Prix.

One of the most memorable races in Canadian Grand Prix history was the 2011 race. It began with the use of the safety car due to heavy rainfall, with Mark Webber and Hamilton spinning off the track, ending Hamilton's race.

Jenson Button then saw an opening, and changed tyres, but received a penalty for reaching the safety car too quickly. By lap 26 Vettel was leading, but monsoon levels of rain suspended the race. When the rain abated, a collision between Button and Alonso forced Alonso to retyre.

Another tyre change from Button and some slick driving allowed him to reach race leader Vettel. It seemed like he would not make it, but the rain caused Vettel to slip wide on the final lap. Button snuck past to win the race that went down in F1 history as the longest on record, with over four hours of race time. 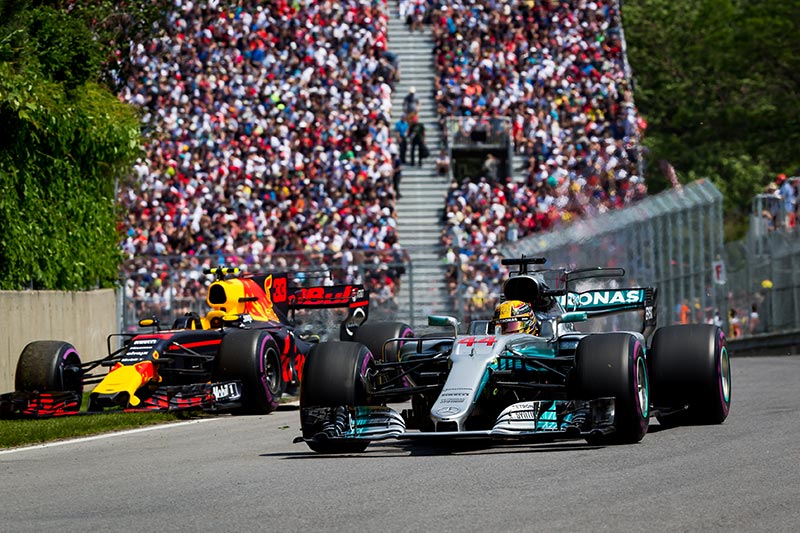 The track layout for the Canadian F1 Grand Prix is one of long, fast straights and tight hairpins. Virage Senna and the L’epingle are extremely tight chicanes that sit at the north and south of the track.

Drivers also believe the pit exit of the track to be one of the most challenging. Exiting takes you right into the middle of the first turn. As many cars are in a rush to exit the pit lane, they accelerate into the exit, and with a curve ahead, collisions often pushed cars straight into the concrete walls.

Another memorable win was Nelson Piquet's 1991 victory. Nigel Mansell confidently took the lead at the start and held it for much of the race, even being so confident he waved at fans as he entered the final lap.

However, just half a lap from the end of the race the car began to slow. Eventually, it ground to a halt as Mansell ran out of fuel. This allowed Piquet to speed past him and take the first win of his career.

The 1982 F1 Canadian Grand Prix was memorable for all the wrong reasons when driver Riccardo Paletti lost his life in only his second race. Pole position Didier Peroni stalled as the race got underway and Paletti collided with him.

It happened only a few weeks after the death of Villeneuve and was a dark period for the sport. This would be the last fatality until Ayrton Senna's death at Imola in 1994.

10. Only One Champion Has Been Crowned at the Circuit

Throughout its history, only one champion has been crowned on the Canadian circuit.

Alan Jones took the title in 1980 when the race was moved toward the end of the season. Jones was also one of the few drivers who has had back-to-back wins at the track, along with Michael Schumacher and Lewis Hamilton.

Now you know the history of the Canadian Grand Prix you can begin to plan your trip. Not only do you get to visit a race, but you can take in the amazing city of Montreal, Quebec. There are plenty of sights and sounds to combine an F1 race with a great holiday.

Grand Prix Adventures can organize your next excursion. We have a range of hospitality packages for events across the world. Click here and let us get you trackside this year. 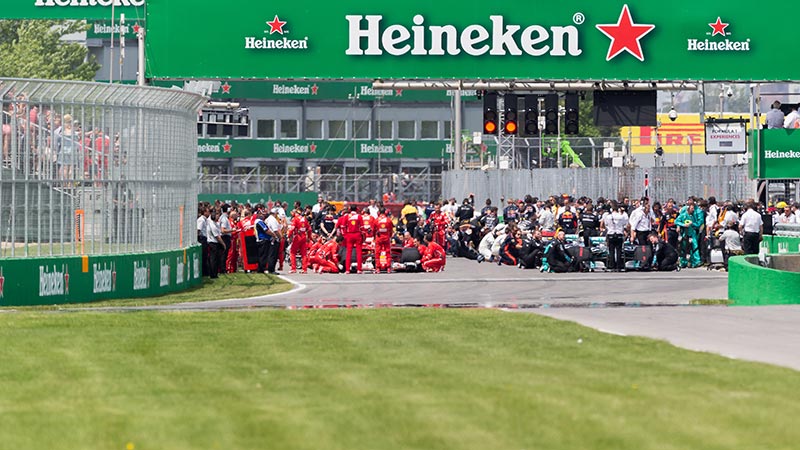