Silverstone 2022 Was A Day To Remember

Lots of drama, but glady no one was badly hurt! 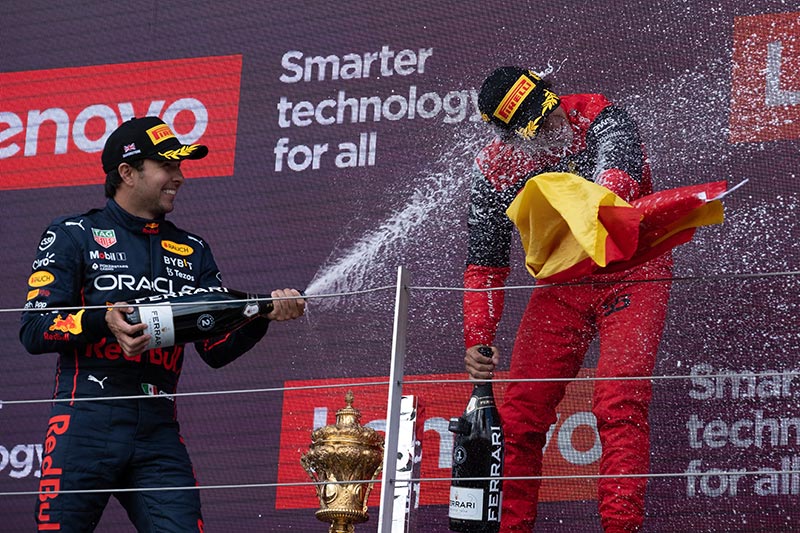 Well well well… The British Grand Prix provided us with much drama, incident and excellent crowd-pleasing driving this weekend.

The rich and famous were present in the 142,000 strong crowd – and what a delightful spectacle it was: a first-time winner, crashes (with no injury) and some wonderful overtaking moves. Joy and disappointment in equal measure. And the rain held off. Carlos Sainz Jr won his first Formula One Grand Prix today - at his 150th attempt. 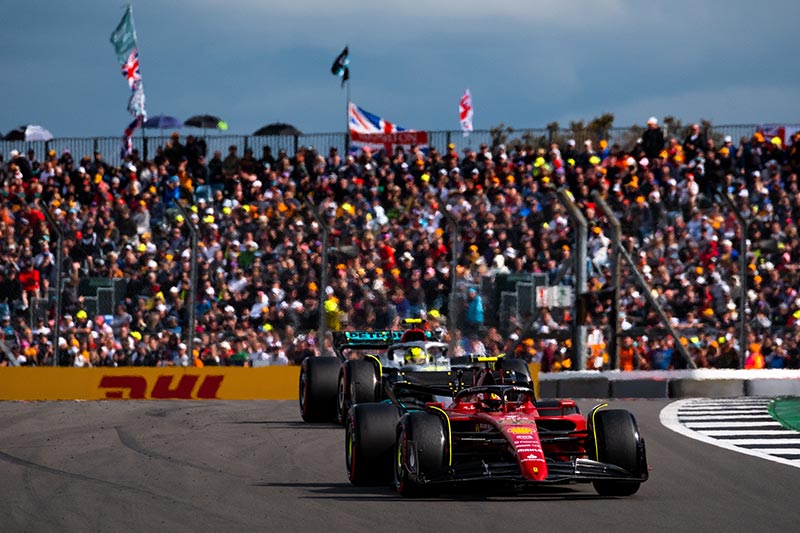 Sainz had started in pole (also for the first time in his F1 career) but the leader was to change several times during the race – before the Spaniard eventually took the win.

Leclerc finished 4th. Missing the opportunity to close the gap on championship rival Max Verstappen – who was also having a bad day.

Verstappen finished 7th after suffering floor damage from contact with debris on the track. But the damage to his championship bid was minimal as he only lost 6 points to Leclerc.

Verstappen now leads Sergio Perez by 34 points and Leclerc by 43 in the Drivers’ Championship.

Pole-sitter Sainz was overtaken at the start of the race by Verstappen – who was leading when the race was suspended seconds later.

But it wasn’t the climate change protesters – who staged a sit-in on the track at the start of the race - that disrupted proceedings.

The drama began early, after multiple crashes at the 1st corner of the 1st lap. George Russell and Pierre Gasly made contact – which spun Russell into the side of Zhou Guanyu’s Alfa Romeo. This flipped the Alfa Romeo upside-down and it travelled in this position off the track and over a barrier, before hitting the protective fence.

The race was red-flagged and Formula One spectators/teams waited nervously for news. But Zhou was soon freed by paramedics and miraculously (or a testament to the current standard of Formula One safety) after a check-up at the medical centre - was declared uninjured.

In a separate incident, Alexander Albon was flown to Coventry Hospital for checks - after a clash with Aston Martin’s Sebastian Vettel forced him into the pit wall.

The race was delayed for nearly an hour for clearing debris from the track and making sure all drivers were ok.

At the restart, Sainz won the lead back. But made a mistake at Becketts – running off the track on Lap 10 which allowed Verstappen to overtake.

Verstappen was now leading, but pitted 2 laps later with a ‘puncture.’ The suspected puncture turned out to worse: bodywork damage – about which nothing could be done and his race was hindered from then on.

Sainz, now in the lead again, soon came under pressure from faster teammate Leclerc. A place swap was requested by the latter – but initially denied. Sainz pitted for fresh softs and Leclerc pitted some laps later.

Hamilton stayed out. Planning to ‘attack’ the Ferrari’s in the closing laps on fresher tyres.

Eventually Ferrari ordered Sainz to speed up ‘to a pace he could not reach’ and the teammates finally swapped positions on Lap 30. Leclerc then set several fastest laps as he built up an impressive lead.

Hamilton pitted on Lap 33 – but his ‘attack’ plan was scuppered as the safety car came out 6 laps later. Prompted by Esteban Ocon’s car stopping on the pit straight.

Mercedes boss Toto Wolff believed that “without the safety car he (Hamilton) would have probably won the race” but the most encouraging thing was that “we had a car that was able to race.” 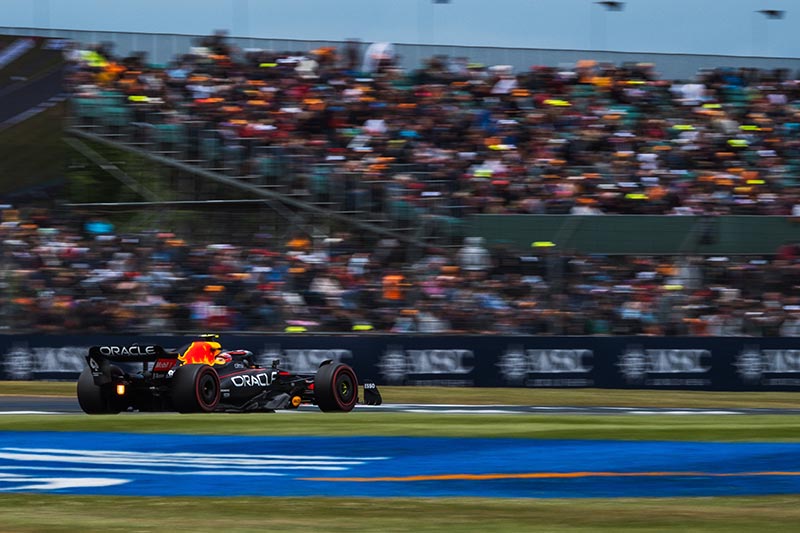 As often is the case, the late safety car helped to change the course of the race. At this point, both Ferrari’s were out in front, with a revived Lewis Hamilton behind them.

Ferrari left Leclerc out on hard tyres, but pitted Sainz for softs during the safety car. Leclerc was ‘not happy’ with this decision: “that will be hard.” And it was.

At the restart Sainz refused Ferrari’s request to give Leclerc space and Sainz took the lead with 9 laps to go.

Perez, who had fought back after being delayed by a stop for a new front wing (caused by contact with Leclerc on Lap 1) now managed to pass Hamilton. Both drivers then had Leclerc in their sights.

On Lap 45 Hamilton made an astonishing double-overtaking move to pass them both into 2nd place - prompting commentator Croft to exclaim ‘through goes Hamilton!’ – a moment still being talked about on Twitter.


Unfortunately for the seven-time World Champion, Perez soon repassed him at Turn 3 on the next lap, followed by Leclerc.

Two laps later, Hamilton passed Leclerc at the outside of the Luffield Hairpin – before Leclerc (despite his worn tyres) repassed him at Copse Corner.

Hamilton won back 3rd for the final time at Stowe with 3 laps to go to take the last podium.

Leclerc held off Fernando Alonso and Lando Norris to finish 4th. Alonso finished the race in 5th (his best result of the season so far) and Norris 6th.

After the race there was speculation that Ferrari team boss Mattia Binotto was asking Leclerc to be careful what he said to the media about Ferrari’s tactics. But Leclerc said the conversation was rather Binotto trying to ‘cheer me up because I was very disappointed.’

Verstappen, on fresh tyres, managed to hold off Haas’ Mick Schumacher in the final stages – to take 7th. Schumacher behind him in 8th scored his very first Formula One points.

Mercedes Russell was disappointed not to be allowed to restart after the red flag. He had jumped out of his car to check on Zhou following the dramatic crash but couldn’t start it when he returned. And despite his protests - the marshals took the car away. FIA rules that once you have required assistance you cannot restart. Mercedes are appealing the decision.

Next up – Austria – only one week to wait for more racing excitement! 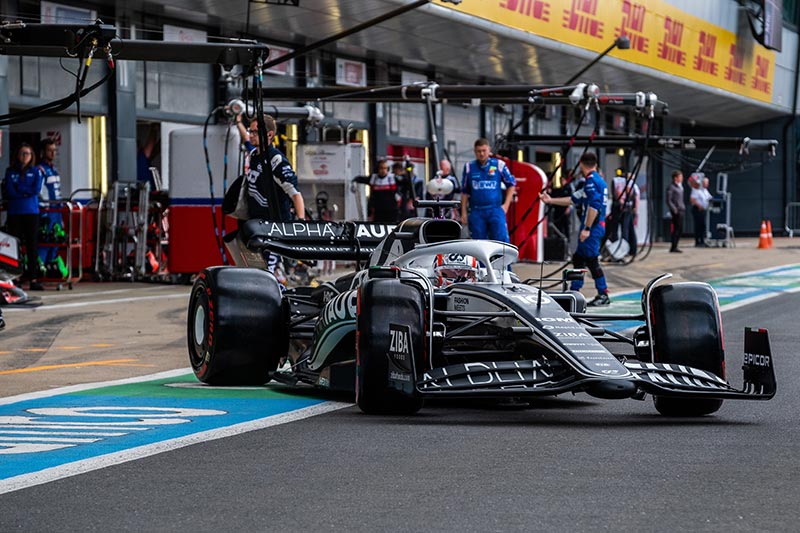