The History and some facts of the Grand Prix in Brazil

If going to South America for the F1 GP, then this might be of interest! 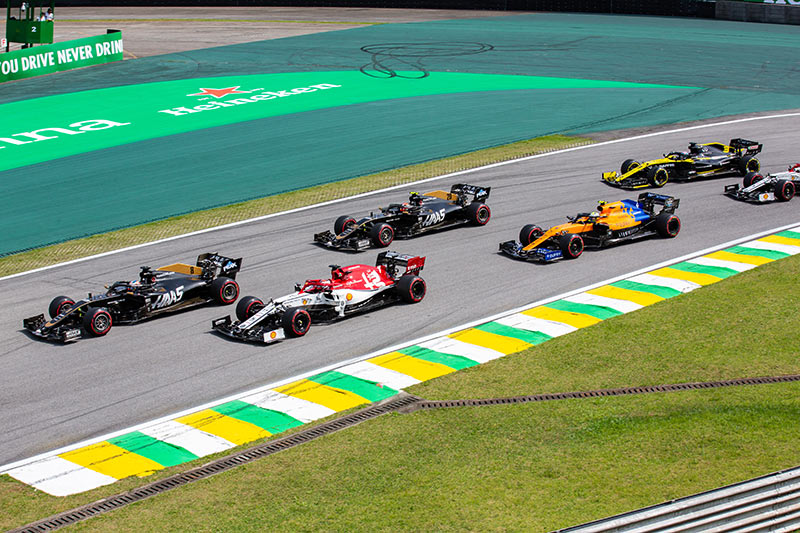 Did you know that there have been 32 Brazilian drivers to have raced in F1 history? From the great Ayrton Senna to Nelson Piquet, the country and Formula One racing have an interesting history. But did you know the country's famous track, Interlagos, has not always had a smooth ride?

As the 2022 date approaches, we can give you all the background on this illustrious race. Read on as we give the history of the Grand Prix in Brazil.

History of the Grand Prix in Brazil

The origins of Brazilian Grand Prix racing go back to the 1930s. Construction of the Autodromo de Interlagos finished in the decade for a 1940 opening. Situated near Sao Paulo it would host numerous events and types of race meetings.

The Brazilian passion for road racing soon began to filter into circuit racing. Organised in 1972, the first Grand Prix took place as a result.

The Autodromo de Interlagos is one of the classic Formula One racing tracks. Yet it has a turbulent history and was not always on the Brazilian calendar.

Production on the circuit began in 1926. Yet a lack of funds meant it would halt and the track would not be completed until 1936.

In the seventies, an aging track and the popularity of driver Nelson Piquet from Rio de Janeiro meant the track would lose the event. Between 1978 and 1989 the Jacarepaguá circuit in Rio would become the location.

A $15 million renovation project was undertaken to upgrade the track. When finished, it resulted in a circuit that is now one of the most challenging of the season. As well as twists and turns, heat, altitude, and humidity are always ready to test drivers. 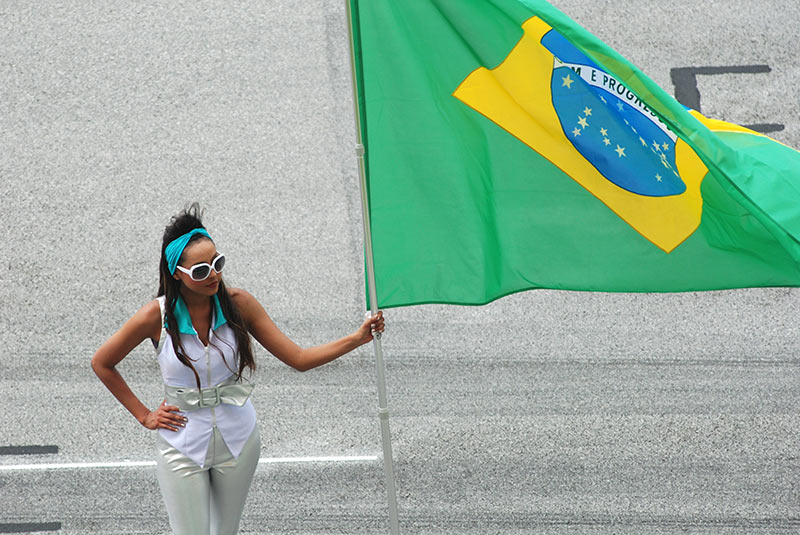 On March 20th, 1972 the first Brazilian Grand Prix was held. Eleven drivers would begin the race.

Emerson Fittipaldi, a Brazilian, would begin in pole position with his Lotus 72D. Despite being the fastest driver, he would retire in lap 33. This would allow Carlos Reutemann, driving for Brabham, to enter the history books as the first winner.

The next three Brazilian Grand Prix races would all be won by Sao Paulo-born drivers. The first of these was Emerson Fittipaldi. In the 1973 race, he would beat racing legend Jackie Stewart and Denny Hulme.

Fittipaldi would win again in 1974, bagging the hat trick. However, in previous races, he had been driving for Lotus. This time he had switched to McLaren and still managed to get the win.

In 1975 his run would be over, though another Sao Paulo native would carry on the legacy. Jose Carlos Pace drove for Brabham and would pip Fittipaldi to claim his only ever F1 win.

A deteriorating track at the Autodromo de Interlagos would see a move to Jacarepagua. In the first year, Carlos Reutemann would take his fourth Grand Prix win in the first victory ever for his team, Ferrari. This was also the only time a Grand Prix in the country would take place in January.

The years at Jacarepagua were dominated by one driver: Alain Prost. He would have one victory driving for Renault in 1982 and continue his domination with four more wins for McLaren.

Nelson Piquet would also get a win at the track and the course would later be named the Autódromo Internacional Nelson Piquet in his honour. The final race in 1989 would be won by British driver Nigel Mansell who would close out the era. 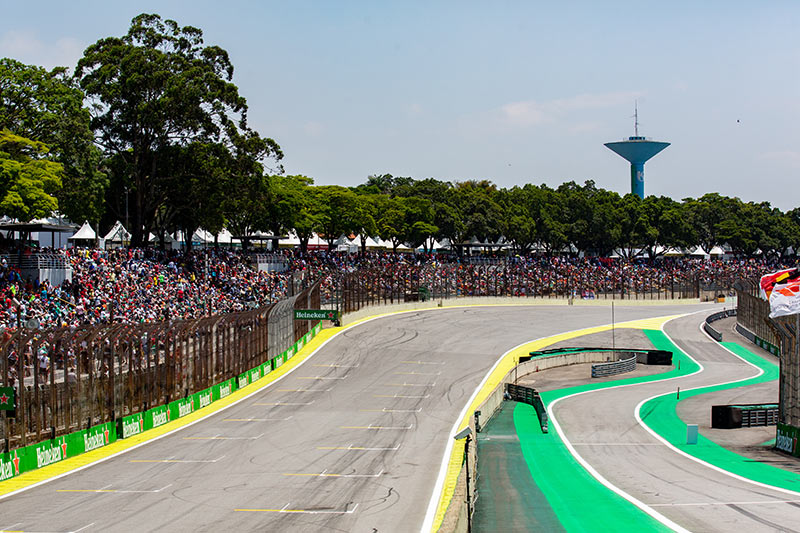 When the Grand Prix returned to Interlagos in 1990, it had a new name. The Autodromo Jose Carlos Pace honoured the famous driver who had died in a 1977 plane crash.

Prost would be the first winner, setting several records. It was his 40th Grand Prix win, unheard of at that time. It was also his 6th win in Brazil beating the record books again.

This would usher in a golden era for F1. Ayrton Senna would win the next year and win another two years after that. Greats such as Schmacher and Mansell would regularly be on the podium with him.

1994 would be Schumacher's first win at Interlagos after two third-place finishes. He would follow this up with a second win a year later. This victory was controversial as his car had been banned for using illegal fuel, then reinstated.

In 2004 the race would change to an Autumn date and become the final race of the season. It would switch this periodically with the Abu Dhabi Grand Prix.

Before its use as a Grand Prix track, the Autodromo de Interlagos was famous for hosting the Mil Mihas Brasileiras. This translates as 1000 miles of Brazil and was an apt name for this gruelling endurance race. The race is still held at the track today and has only been staged elsewhere twice in its history.

The Autodromo de Interlagos is one of only five circuits that are run anti-clockwise. The others are in Abu-Dhabi, Texas, Singapore and Azerbaijan.

Brazil's first Grand Prix was a non-championship race. As only 12 races were on the calendar at the time, the FIA wanted to see a showcase. As such, the first race did not count towards a championship.

Now you know the history of the Grand Prix in Brazil, it should have you prepared for the 2022 race. On the historical Autodromo Jose Carlos Pace circuit, it will be hot, fast, and full of excitement.

What could be a better way to watch it than from the grandstand experiencing the rights and sounds first-hand? Taking part of the 13th of November you can have front-row seats. Contact us here to discuss your needs and let us arrange your next Grand Prix trip. 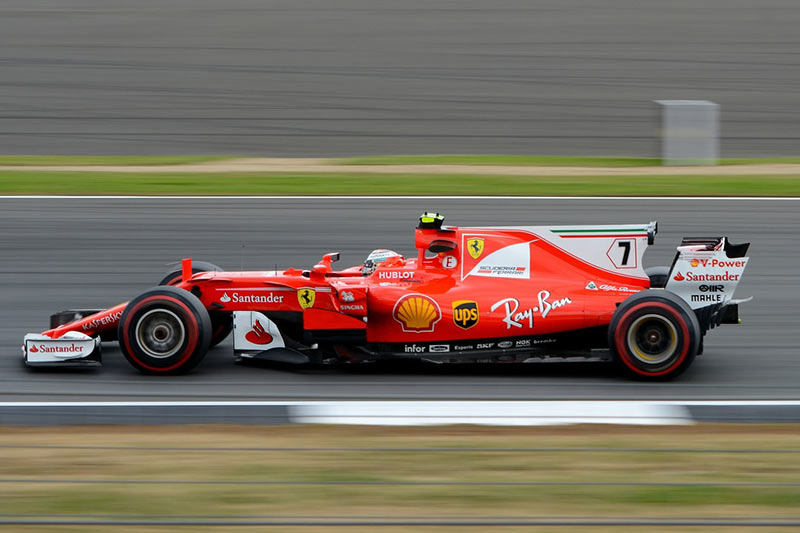