The Grand Prix in Belgium has been here since the start! 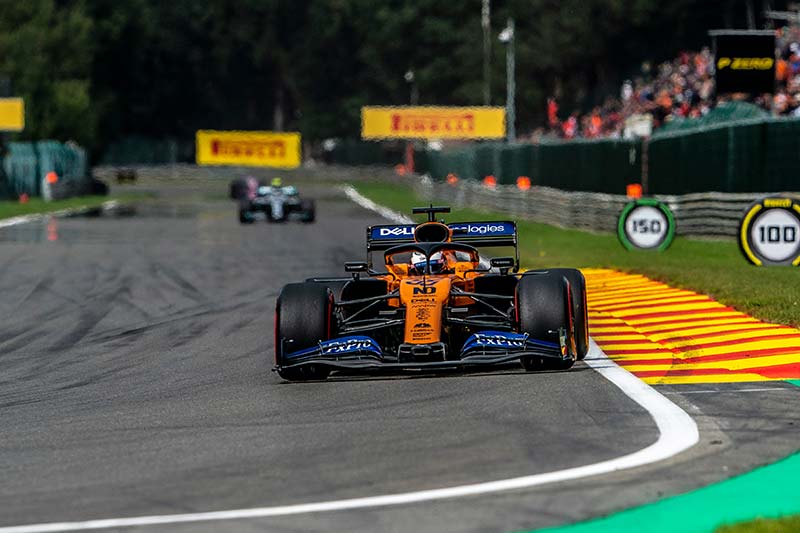 The Belgian Grand Prix was one of the few races at the inaugural 1950 World Championship. It quickly gained a reputation as a long, dangerous track that many drivers refused to race on. But do you know how this has shaped its history?

While the race has become safer, it still holds the excitement of those early days. Read on as we give the essential history and facts about the Belgian Grand Prix.

Belgian Motorsport began in 1925. Taking place at the 9-mile Spa-Francorchamps Circuit, it had a fearsome reputation. Situated in the east of the country, the track had white knuckle straights, tight city corners, and several elevation changes.

This initial race was won by Antonia Ascari. Tragically, he would die in his next race at the French Grand Prix. The Grand Prix of Belgium would not return until 1930.

The Formula One World Championship arrived in 1950. Alfa Romeos were dominating the sport and Argentinian Juan Manuel Fangio took the win in this first Belgian Grand Prix. He would take two further wins on the track in 1954 and 1955.

In 1957 the race was cancelled. This was due to the increased price of fuel brought on by the Suez Canal crisis. In 1958 the Spa-Francorchamps circuit was upgraded, though it remained a fearsome track for drivers.

Many races at the track were light on competitors as the narrow margin for error meant many feared racing there. It was punishingly fast and comprised steep corners and straights.

The weather was also highly unpredictable. In a time before the cockpit radio, a driver could be in the blazing sun for one minute then turn a corner and be in a deluge without warning. As it was a street circuit, there were plenty of obstacles to hit if your car did spin-off.

This reached a head in 1969. Jackie Stewart led a campaign to get safety improved at the venue. As the owners did not want to pay for costly upgrades, drivers refused to race there and it was cancelled with the 1970 event being the last one.

The Seventies and Eighties

It was now untenable for the Belgian Grand Prix to remain at Spa-Francorchamps, so it moved to alternate tracks. Zolder and Nivelles were two places that held races during the decade. 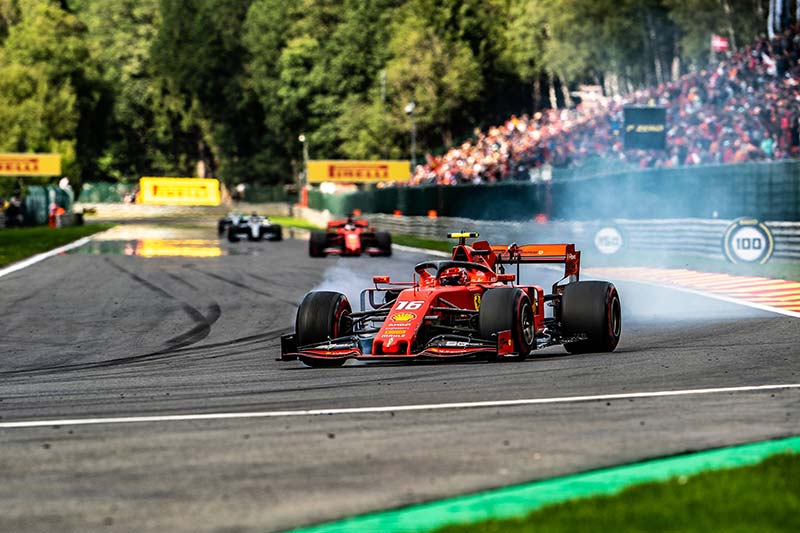 The first race at Nivelles in 1972 belonged to Emerson Fittipaldi. Despite alternating year on year with the Zolder track, Nivelles was not popular and was eventually phased out.

Zolder proved more successful and held the race nine times. Jackie Stewart won the first race and Niki Lauda had victories there in 1975 and 1976. Declining standards at the track would later see it removed and a revamped Spa returned in 1983 with a shorter and safer course.

The global pandemic in 2020 reaped havoc on the Formula One calendar. Yet the Belgian Grand Prix was one of the few races that went ahead as planned. Unfortunately, while it kept its date it was run behind closed doors.

With the contract for the Spa circuit renewed, fans were able to come back to the track in 2021. However, wet weather made it one of the shortest races in Formula One history. Only a few laps took place behind the safety car before the race was abandoned.

Facts About the Belgium Grand Prix

In the early days of the Grand Prix in Belgium, Spa-Francorchamps was renowned for injury and fatalities. Drivers span off and hung over precipes, one driver was thrown through a woodcutter's hut and there was even a decapitation. Jackie Stewart, one person seriously injured, then led a huge safety campaign to get it removed from the calendar.

The Spa track is the longest of the F1 circuits at 7.004km. It also has the highest elevation of any circuit. Yet it has the smallest crowd capacity with a 70,000 fans limit.

Spa-Francorchamps also has one of the most famous series of corners, known as the Eau Rouge. It has a downhill left-hand turn, a tight uphill section and a right-left turn with a blind peak.

Only one person has won the World Championship at the Spa Francorchamps track. In 2004 Michael Schumacher won his 7th and final title at the course. It was also the track where he made his 1991 debut.

Schumacher also holds the title for the most wins at the course, claiming 6 wins between 1992 to 2002. After this is Ayrton Senna, who had 5 wins, 4 of which were consecutive with Mclaren-Honda. Kimi Räikkönen, Jim Clark and Lewis Hamilton all tie on 4 wins.

In 1998, the Belgian Grand Prix had one of the highest repair bills on record. Starting under very wet conditions, a massive first-lap crash resulted in an estimated bill of $13 million!

The 2004 race was crazy and unpredictable. During the first lap, half of the drivers were involved in an incident and had to go to the pit or drop out. The rest of the race had 6 different leaders but was finally claimed by Kimi Räikkönen.

The Belgian Grand Prix remains an exciting, fast-paced race. With Spa-Francorchamps still on the calendar, you can expect a spectacle of a race. With limited capacity for spectators, you should get booked in now.

For all your F1 trips and excursions, make Grand Prix Adventures your first stop. We have a range of hospitality packages for events across the globe. Contact us here to arrange your next trip and let us get your trackside in style. 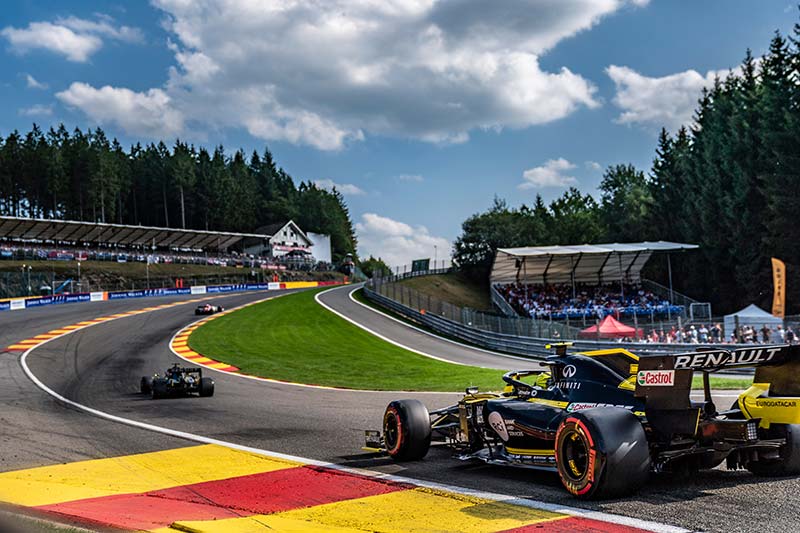