Lewis Hamilton is in the driving seat, this time in Belgium

Another pole, another unbeatable performance! 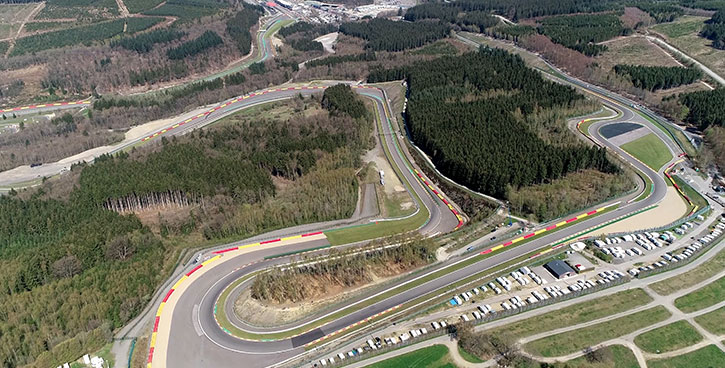 “It was pretty boring…I couldn’t keep up with them when they started pushing… It was not really enjoyable out there today.” (Verstappen)

Ok, you know what I am going to say: Lewis Hamilton dominated again today, this time at Spa Francorchamps.

Another pole, another unbeatable performance. It was his 5th win out of a possible 7 so far this season and his 5th out of the last 6 races. It was the 89th race win of his Formula One career, as he closes in on Schumacher’s record of 91 and he is nearly 2 clear wins ahead of Verstappen in the championship – with 47 points separating them.

Hamilton said it was ‘not the easiest of races’ - nor was it the most exciting. The top 4 all finished in the position that they started on the grid. Had it not been for Albon and Ocon swapping places – the top 6 would have started and finished in the same position today.

In face this was the scene of the only real battle of the race, between Ocon, Albon and Norris. Albon was eventually overtaken by Ocon but managed to hold off the challenge by Gasly. 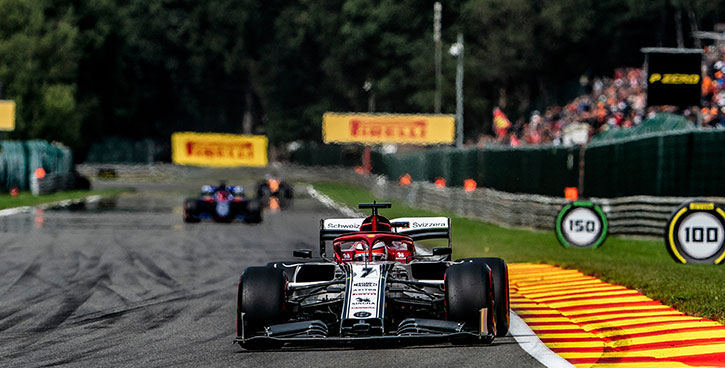 The top 3 had kept a measured pace to protect their tyres. The only thing that disturbed this was the emergence of the safety car on Lap 10 – after Alfa Romeo Racing’s Antonio Giovinazzi had lost control at the tail end of the Fagnes chicane. His subsequent loose wheel also put George Russell out of the race. Strangely this was the second year in a row that Giovinazzi had crash out of the Belgian Grand Prix – and without colliding with another driver.

During the safety car period, as is typical, most drivers took the opportunity to change their tyres. However, Gasly and Perez took the unusual decision not to stop, leaving their pit until later in the race - when they fought their way back up the field.

Today Bottas managed to hold his position in 2nd, “it was a clean weekend for me” frustrating Verstappen who had spent the last few races putting himself in between the two Mercedes cars. Verstappen has been the only non-Mercedes driver to win so far this year and has taken 6 podiums in total: one 1st place, three 2nd place and two 3rd place finishes.

Ricciardo drove an excellent race to finish in 4th and well ahead of the rest of the pack. The Honey Badger has finished in the points four times so far this season - not yet with a podium place, but after two 4th place finishes you wouldn’t rule it out before the end of the year.

Ferrari had yet another disappointing day. Leclerc had started in 13th, with Vettel in 14th – by the end of the race they had only managed to swap places. Leclerc had moved up to 8th, but the car’s lack of speed caused him to be repeatedly overtaken and slip back down the grid. At one point the team’s 2-stop strategy had put him at the back.

“I really hope that we have more of a race because I think everyone wants to see us all battling together.” (Hamilton)

Next stop Italy. And hopefully a battle…