Can anyone else catch Max now!! 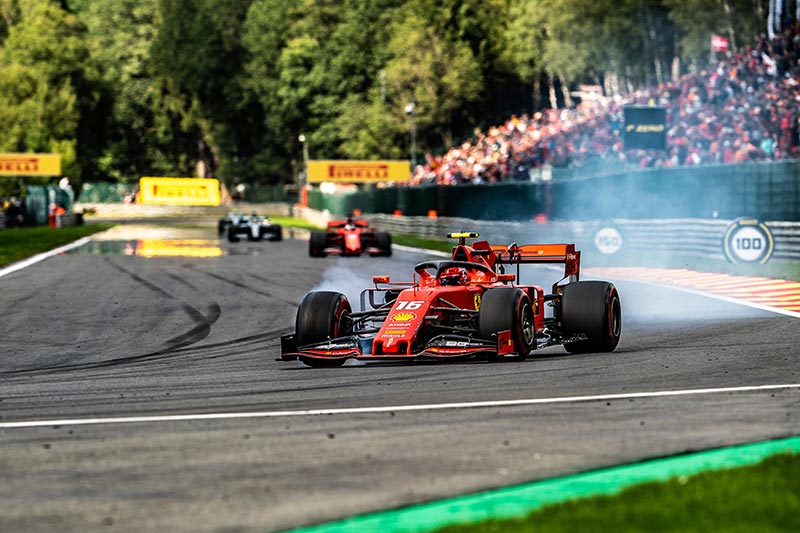 “I don’t think we have ever won a race starting from 14th on the grid.” (Red Bull Team Principal Christian Horner)

Max Verstappen has done it again. Another race, another stunning victory. It looks like a second consecutive world championship title is just around the corner. And this time no Formula One fan will be in any doubt as to whether Verstappen deserves it.

With just 8 races to go, a 93-point lead in the championship over 2nd place Red Bull teammate Sergio Perez and in THE form of his Formula One career – this win may come early. Perhaps as early as the Singapore or Japanese Grand Prix?

We are witnessing a golden age of Red Bull dominance. Christian Horner called Verstappen’s performance today ‘phenomenal’ and that he ‘had basically smashed it out of the park.’

Horner went on to say that (despite the controversy) Verstappen’s championship win last season had ‘in many ways released him’ – giving him the confidence he needed to excel.

Today was Verstappen’s 9th win out of 14 races. Can anyone stop him from getting another 8? Even winning half of the remaining races would make him a record breaker – Michael Schumacher (for Ferrari in 2004) and Sebastian Vettel (for Red Bull in 2013) currently hold the record of 13 race wins in a single season. And you certainly wouldn’t bet against Verstappen beating this in 2022.

It was the most dominant weekend of his Formula One career. He won pole by 0.6 seconds. Then a penalty for using too many engine parts put him 14th on the grid – but this setback failed to put him off his stride.

We are watching a driver completely ‘at one’ with his car. And it is a beautiful thing.

By Lap 12 Verstappen took the lead when Sainz Jr, leading, pitted. 7 laps later Verstappen pitted and soon retained the lead – from here he was untouchable. Describing what followed next as an almost zen-like state:

“It was very hectic in front of me, but once everything calmed down (I was) literally overtaking one car every lap.”

On his first lap of the final stint Verstappen also set the fastest lap while on mediums. In a vain attempt to win it back, Charles Leclerc made a late pit for fresh tyres – but in keeping with Ferrari’s run of poor luck/bad judgment – he failed. To make it worse, Leclerc also broke the pit-lane speed limit and received a 5-second penalty which put him behind Alonso to finish in 6th. Another 2 points squandered.

Leclerc, now 98 points behind in the Drivers’ Championship accepts that his title challenge ‘is definitely looking extremely difficult now.’

Leclerc went on to say that ‘if you look at Red Bull, they were on another level” adding that he didn’t ‘exactly know’ how they were doing it – when both Ferrari and Red Bull were similar in terms of speed. 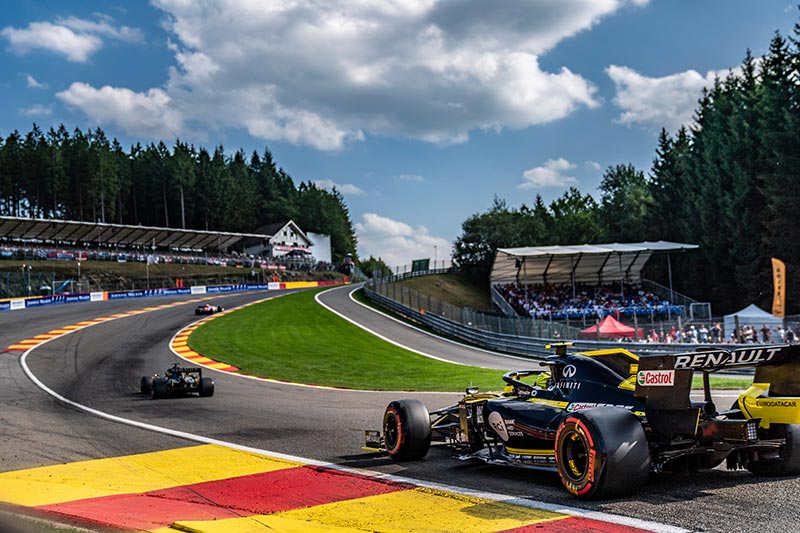 This weekend Red Bull were quick on the straights, when it appeared like they had no downforce – but were also quick into the corners.

At Spa, with its long flat-out sections and long medium/high speed corners – aerodynamic efficiency is particularly important. The teams need to raise their cars to compensate for the compression at 190mph through the Eau Rouge. This makes the track perfect for Red Bull.

So, what happened to Mercedes? Before the summer break the team achieved a pole and a double podium in Hungary. Today they struggled.

Firstly, the tyre temperature was an issue in qualifying – the cool conditions affected their grip – creating a 2-second gap between them and Verstappen. The car was simply too slow. Caused by it having relatively high rear-wing levels, and they also had to raise the car further to stop the floor edges grinding on this track.

They eventually qualified behind both Red Bulls, both Ferraris and (disappointingly for them) behind both Alpines.

Lewis Hamilton, starting in 7th, was forced to retire following a 1st lap collision with Fernando Alonso at Les Combes, for which Hamilton took full responsibility:

“Looking back at the footage, he was in my blind spot, and I didn’t leave him enough space. So, it was my fault today.”

During the clash, Hamilton was launched into the air – the car landing awkwardly. Consequently he was ordered by the race stewards to get medical assistance, but refused. Hamilton did say later that he was ‘grateful to be alive’ so the incident must have left him shaken. The damage to the car put him out of the race, but Alonso was able to continue and finished 5th.

Things were frosty between the two Formula One legends following the race. Immediately after the incident, over the radio, Alonso had called Hamilton an ‘idiot’ who ‘only knows how to drive and start in first.’ To which Hamilton responded that it was ‘nice to know how he felt about him.’

Mercedes teammate George Russell had looked on course for a podium - but struggled with his tyres while fighting Carlos Sainz Jr for 3rd – and eventually had to make do with 4th place.

Team Principal Toto Wolff admitted that Mercedes was suffering ‘massive swings of performance that we can’t really get on top of.’ But hoped that some of the remaining races and their tracks would be better suited to the car.

Next up, the Dutch Grand Prix at Circuit Vandvoort this weekend.

Sure to inspire our current championship leader….?