Some Facts About The Baku Grand Prix in Azerbaijan

An Ancient City is a great backdrop for a GP! 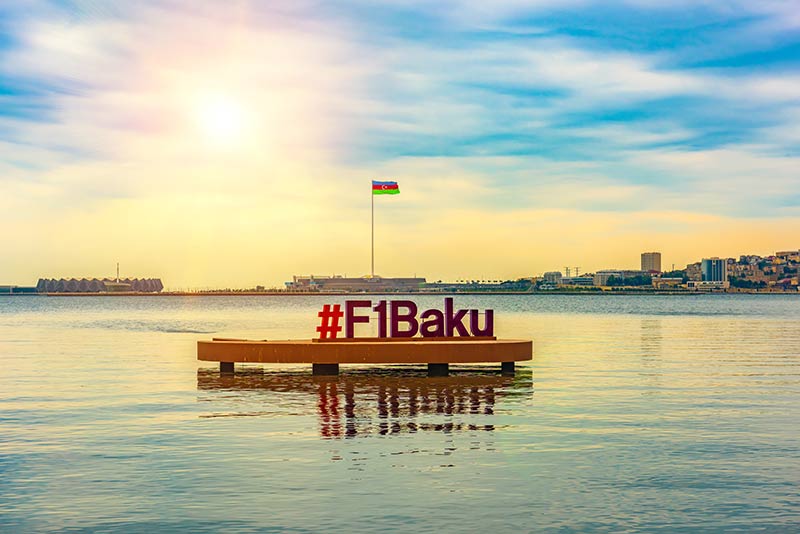 Did you know that Baku was once one of the most important stops on the ancient silk road trading route? Now a modern, thriving capital, its legacy lives on as one of the most taxing road circuits in the racing calendar. But do you know how and why it earned its place?

It's the fastest street circuit in the world, and you can't afford to miss this year's race. Read on as we give everything you need to know about the Baku Grand Prix.

History of the Baku Grand Prix

The Baku Grand Prix is a relatively new circuit on the Formula One calendar. It was first used as a stage for the 2016 European Grand Prix. A race with this title has occurred 23 times since 1983 and had previously been in locations such as Valencia and the Nürburgring in Germany.

By the following year, it had a permanent spot on the calendar as the Azerbaijan Grand Prix. A gruelling street circuit in the style of Monaco and Singapore, its design was down to legendary track architect Hermann Tilke. Residing in the heart of the city, it runs along the promenade looking over the Caspian Sea.

With its long section for building speed, it is the fastest street circuit in the world. During Azerbaijan Grand Prix qualifying in 2016, Valtteri Bottas set an unofficial record for the fastest speed ever recorded in an F1 car, hitting 378 km per hour on the circuit.

Narrow turns near the old city walls bring the speed back down and require skilful driving. At over 6km in length, it is one of the longest circuits. 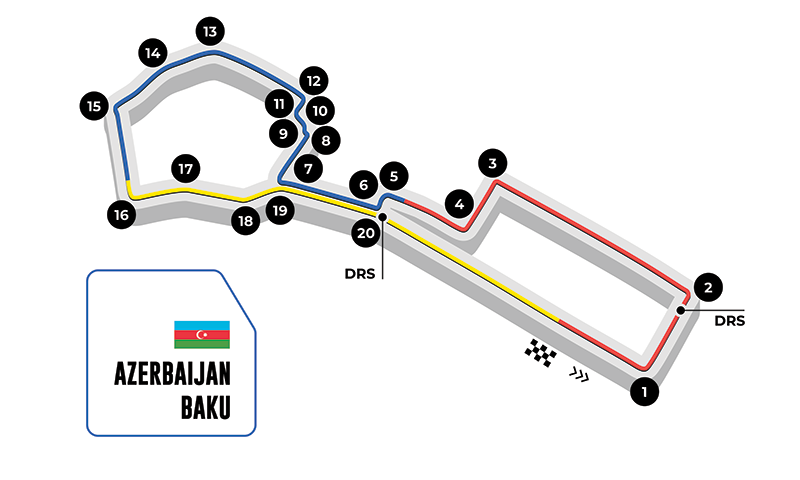 The initial Baku Azerbaijan Grand Prix was won by Daniel Ricciardo of Red Bull. In the 2018 race, Lewis Hamilton won while driving for Mercedes. The team would claim victory the following year with Valterri Bottas driving.

In 2020 the race was postponed due to the global COVID-19 pandemic and later cancelled. When it returned in 2021, it moved from the 4th race of the season to the 6th and was won by Sergio Perez.

There has yet to be a repeat winner on the circuit. Mercedes is currently the only repeat winning team, claiming victory in 2018 and 2019. The only pole sitters who have won are Nico Rosberg in 2016 and Valtteri Bottas in 2019.

The Azerbaijan Grand Prix has had years of ups and downs, often being exciting while at other times being fairly sedate. Below we have broken the event down year by year.

The first Grand Prix in Azerbaijan was a fairly relaxed affair. Nico Rosberg took pole position and fastest lap, winning the race. He was followed by Sebastian Vettel for Ferrari and Sergio Perez in third.

Four mechanical retirements and little passing meant it was not one of the most memorable. Even Hamilton could only manage a finish in 5th position due to power deployment issues.

2017 upped the ante, being one of the most nail-biting races of the season. Daniel Ricciardo pulled off an outstanding three-car pass to sneak his way up to 1st after a 10th place start. All of this was between Lance Stroll's first podium finish, huge crashes between teammates, and a host of safety car periods.

One of the most notable incidents was Sebastian Vettel losing his temper under a safety car period. He drove into the side of Lewis Hamilton and was given a ten-second penalty.

This year was another contender for the most exciting race of the season. Even in the first lap, Fernando Alonso had a double puncture and Esteban Ocon was shunted out of the race.

Red Bull would see their drivers collide at the end of the straight. In the ensuing safety car period, Romain Grosjean crashed. On the restart, Vettel locked up, allowing Bottas to take the lead.

However, the bad luck was not over. With just a few laps to finish, he ran over debris, causing a puncture. This let Hamilton take the lead and the race.

A quiet race returned for this year. Mercedes was experiencing an incredible start to the season and Valtteri Bottas added to this. Podium finishes were also available for Hamilton in second and Vettel in third. 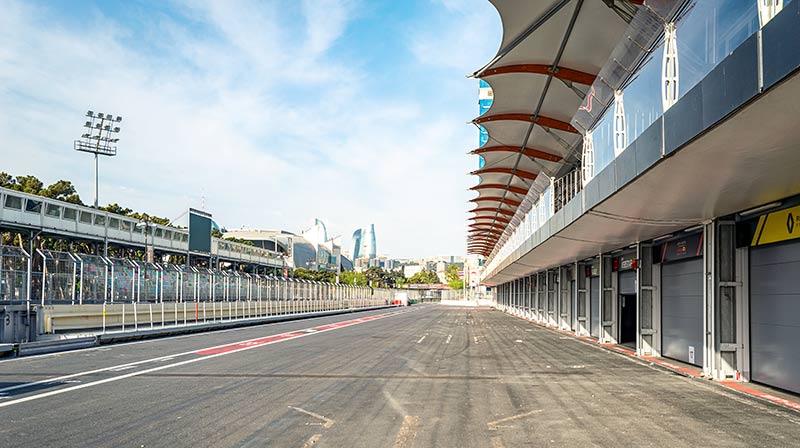 After cancellation due to COVID, the Grand Prix returned in style. Max Verstappen came extremely close to claiming his first Baku Grand Prix but crashed with just five laps to go.

A series of pit stops from Verstappen and Hamilton interchangeably culminated in Verstappen spinning out on lap 48. The race was suspended, and then it returned with everyone on new tires, leading to an action-packed final half. Hamilton would lockout, leaving the field open for Sergio Perez to claim victory.

The 2021 race was the first time that a German, Mexican and French driver had shared a podium. They were Sergio Perez, Sebastian Vettel, and Pierre Gasly.

The 6th and 8th positions on the grid have produced as many podium finishes as the pole positions. Lance Stroll and Sergio Perez have both had 3rd place finishes when starting in 8th. Perez has won from 6th and Raikonnen has finished 2nd from there.

When Lance Stroll claimed 3rd place in the 2017 race, he was the second-youngest driver to score a podium finish. He was beaten only by Max Verstappen, who won the 2016 Spanish Grand Prix at a mere 11 days older.

Now that you know everything about the Baku Grand Prix, you just need to visit the event. Ticket prices vary depending on the type of seating and package you want. However, a trip will also let you take in this vibrant city.

Let Grand Prix Adventures take care of everything for you. We can arrange all your Grand Prix trips, from Baku to Brazil. Contact us here and let us get you trackside this season. 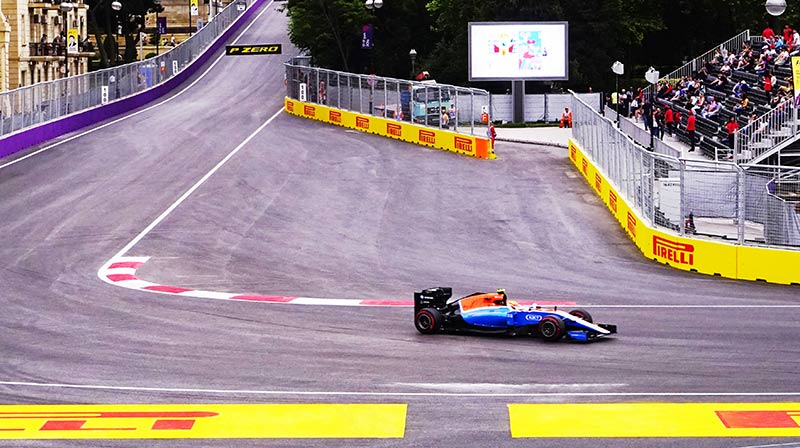