Lewis Hamilton has got his win at last!

“Valtteri did such an exceptional job and really deserved the win. I was very fortunate. It feels a bit odd, but I’ve got to take it.”

Lewis Hamilton has got his win. It’s his first win this season and his first since the US Grand Prix in October – but he didn’t achieve it in the manner that he had hoped for.

Today was a frantic and chaotic race at the Baku City Circuit in Azerbaijan – full of incident - providing plenty of post-race discussion. Hamilton had not looked particularly convincing; rather it was Bottas’ bad luck and Vettel’s error that cleared his path for the win.

Hamilton started in 2nd and struggled to keep up with Vettel, then on Lap 22 his wheels locked - forcing him to pit for fresh tyres. This put him in 3rd place behind Vettel and teammate Bottas - where he looked likely to stay.

Vettel had started in pole and when the safety car emerged after several crashes on Lap 1, he managed to build up a 3-second lead during the first racing lap. At this point, he looked in control of the race and it was Ferrari’s conventional pit strategy that hindered this. Vettel pitted for soft tyres on Lap 28, while Mercedes left Bottas out, banking on another safety car situation – which thanks to Red Bull came on Lap 40.

The crash between both Red Bull drivers had been looking imminent all race, as they fiercely contended 4th place. Ricciardo had started on the grid ahead of Verstappen, but was overtaken by his teammate during a pit stop (despite Ricciardo pitting first). There then followed a battle to overtake by Ricciardo and equally aggressive defending by Verstappen - which ended abruptly when Ricciardo slammed into the back of Verstappen on Lap 40, putting both drivers out of the race.

Blame was distributed fairly evenly, with both receiving a reprimand from race stewards after the race. But Niki Lauda appeared to side with Ricciardo, saying it was “70% Verstappen’s fault because he moved too many times.”

During the safety car, Bottas took the opportunity to pit and re-joined ahead. At this point, as he had in China, Bottas looked on course to win.

On the restart, Vettel’s desperate lunge on the inside - an attempt to regain the lead – was misjudged, causing him to run wide and this mistake allowed Hamilton and Raikkonen past. 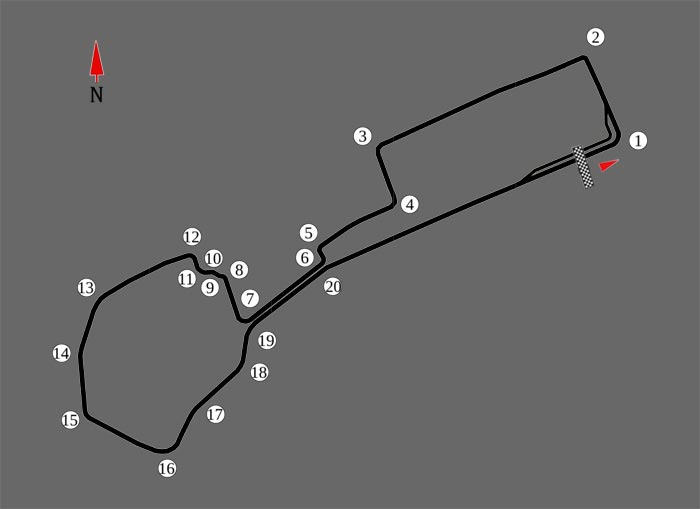 Then, with 3 laps to go Bottas ran over debris from the Red Bull crash and suffered a major tyre failure – putting him out of the race and effectively handing the contest to Hamilton.

Hamilton now leads Vettel in the championship by 4 points.

It was a stunning debut weekend for rookie Charles Leclerc driving for Sauber, he qualified in 14th and then finished the race in 6th.

Alonso’s promising season continues; as despite getting caught in the 1st lap incident between Hulkenberg and Sirotkin and suffering two punctures and floor damage – he drove well to finish in 7th place.

Next up Spain, and those car updates…can Mercedes correct the pace imbalance?