The Grand Prix In Austria: Facts and History 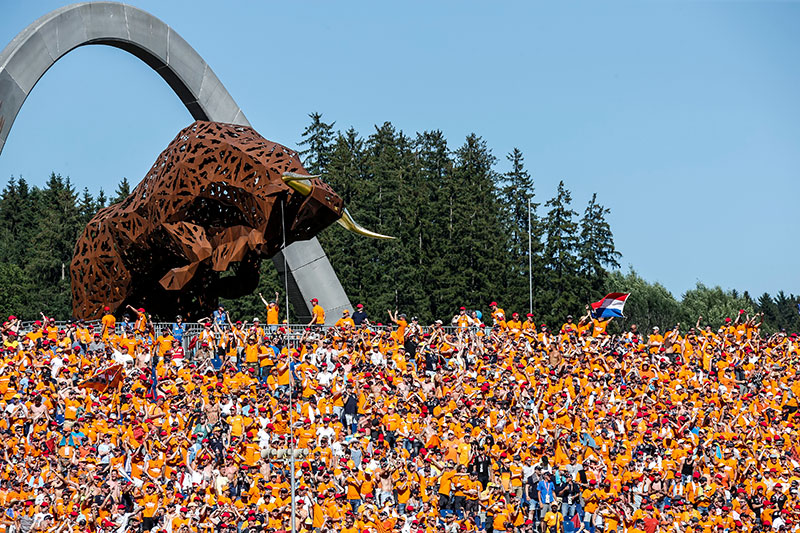 Did you know that when motorsport first arrived in Austria, its main races used an L shaped track marked out by hay bales? Very quickly, tracks were improved and the Austrian Grand Prix was born. But, do you know its illustrious history?

With a trademark of using short courses that have high speeds, the GP always provides a nail-biting race. Read on as we give the history of the Austrian Grand Prix.

The first Austrian Grand Prix took place in 1963. Starting at the Zeltweg Airfield, it was a non-championship event. The following year it joined the official racing calendar.

Jack Brabham won this first race, with Lorenzo Bandini taking his only F1 win in the next Austrian GP in 1964, who sadly died in a car crash in the Monaco Grand Prix on the 7th of May 1967. However, racing on an airfield track was bumpy, dangerous and had few spectator areas. The race vanished from the calendar that year.

A new track named the Österreichring opened close to Zeltweg Airfield. Its first inclusion was in the 1970 race calendar and it would remain there until 1987.

At under 6km, the corners were fast and long with limited run-off areas. Combined with a scenic setting in the Styrian mountains, it became a huge hit with drivers and had moderate commercial success. Multiple accidents meant the addition of a chicane in the middle of the decade, but it was still a fearful course.

By the mid-eighties, the turbo era had arrived and cars were achieving speeds around 250 km/h. High speeds and narrow track conditions led to a series of major accidents. In 1987, it left the calendar once again.

During 1995 and 1996, the Österreichring had a major refurbishment. Funding came from a major telecoms company, so it took its brand name and became the A1-Ring. Designed by legendary track architect Hermann Tilke, all that remained of the original track were the Texaco Bends which became slower and shorter.

Seven formula one Grand Prix events took place there. However, due to the country's support for anti-tobacco legislation, it would lose its place on the calendar once again from 2003 onwards. 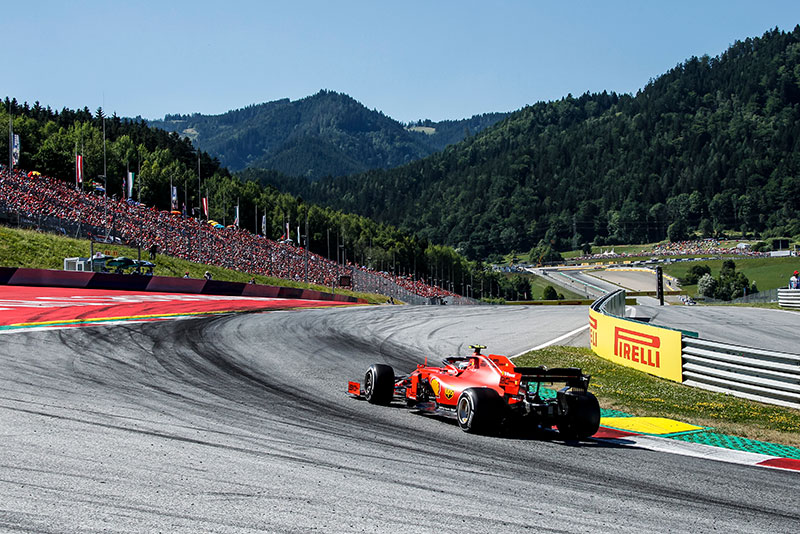 Dietrich Mateschitz, the owner of the global drinks brand Red Bull, bought the track in 2004. He announced huge plans for development, which then became delayed due to environmental concerns. The track finally opened in 2011.

In 2013 the owners reached a deal with Bernie Ecclestone to bring F1 back to Austria. In 2014, the race returned for a 7-year contract, with an extension signed in 2020.

While the pandemic of 2020 reaped havoc on the F1 calendar, the delayed start to the season meant that two Grand Prix races took place in Austria. The initial race was the first held behind closed doors. A second race was known as the Styrian Grand Prix and this two race a year theme carried on to 2021.

Facts About the F1 GP in Austria

In 1975, the Austrian Grand Prix was given the honorary title of European Grand Prix. This has been awarded to tracks as varied as Valencia, Baku and Brands Hatch.

In 2002, Ferrari instructed Rubens Barrichello to give up his lead for Michael Schumacher. This caused huge controversy amongst fans and the FIA fined the company $1 million. Regulations were then changed so that team orders could not impact race results.

Alain Prost was the most successful driver at the Austrian Grand Prix until Max Verstappen beat his three-win record and claimed a fourth. Jo Siffert also won three races in Austria though two of these were not officially on the F1 competition calendar.

The only local hero to have won at the track is Niki Lauda. He took victory in 1984, the same year he would take the World Championship. The only other Austrian to win a world championship is Jochen Rindt though this was won posthumously after he he crashed heavily at the approach to the Parabolica corner at the Monza GP in Italy.

The Austrian Grand Prix of 1976 was the last one in which a woman driver completed the race. It was Lella Lombardi's 12th appearance and she would coincidentally achieve a 12th position finish.

No car powered by a Ford engine has won in Austria since 1982. Despite this, they have the most victories in the country. They had 9 wins between 1972 and 1982.

Facts About the Red Bull Ring

The Red Bull Ring is the fourth shortest track with only Brazil, Monaco and Mexico being smaller. Despite this, it has the quickest overall lap time.

It is also one of several circuits, including Silverstone, Circuit of The Americas and Circuit de Barcelona-Catalunya, that hold a round of the MotoGP. From 2014 to 2016, it was also a host stage for the Red Bull Air Race Championship.

The short track at the Red Bull Ring means qualifying is tight. An average of 5 out of 9 pole position places are decided by less than a tenth of a second.

When bought by Red Bull, it was in doubt if the circuit would be used for motor events. The owner publicly announced that he would not waste money on a deficient circuit. At one point Volkswagen was in talks to do a joint venture in which the track would be restored, though this fell through.

Now you know the history of the Austrian Grand Prix, you should experience it first-hand. Not only do you get an exciting motorsports event, but you can take in this beautiful country. From the Styrian mountains to the bustling capital of Vienna, there is something for everyone.

Grand Prix Adventures should be your first stop. We have a range of hospitality packages and transport for all the major Grand Prix events. Contact us here and let us get you trackside to experience the event of a lifetime.