Max Verstappen Wins From The Front At The Austin Grand Prix

Red Bull Wins The Constructors Championship Thanks To Max 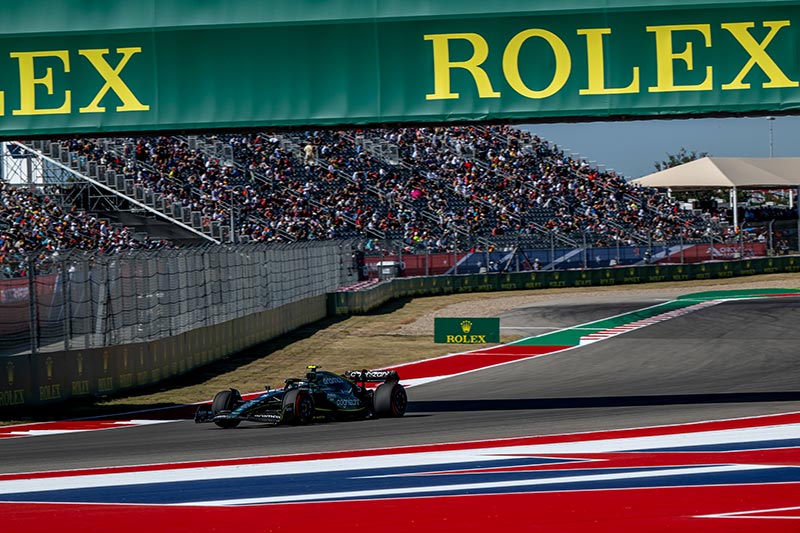 Circuit of the Americas

“It was a tough one. It was all looking good. The pit stop was a bit longer. … It was a difficult weekend for us, and this one is dedicated to Dietrich.” (Max Verstappen)

What A Race In Texas

The Austin Grand Prix this year did not disappoint and was full of drama, incidents, and head-to-head challenges. The start was set by controversy with a crash that meant the pole position starter Carlos Sainz had to retire at the end of the first lap due to a water leak because of the initial crash.

The Spanish Ferrari driver had a poor start and Max Verstappen was quick to jump on this and overtake him, but his race went from bad to worse when he excited the first corner and was hit by Mercedes driver George Russell, a bit of a T-Bone collision as the Mercedes driver came to the corner at an unusual angle and would incur a 5 second penalty by the stewards next time he pitted for the incident. Sainz went from pole to last on the first corner, Russell didn’t have full control of his car, a bit heartbreak for Carlos Sainz as he would be out of the race because of this.

Sainz last failed to finish during the Austrian Grand Prix back in July this year, making it his sixth DNF of the year. Additionally, the last the six races he has managed to score points, but this time it was not be.

The Ferrari Driver started on pole position for the Austin race for the third time in his career, but he has yet to win a race after starting from the front.

Bottas around lap 19 spun of the track, this meant the safety car was launched.

Alonso and stroll on lap 22 had a collision that looked a bit nasty, but they both were ok, there was some debris on the track though. Stroll had tried to block Alonso as he was trying to overtake him. Looked nasty, others did extremely well to avoid it all!! Safety car again was involved, the start of the race would be on lap 25 – too many safety car laps already me thinks, but all and all an exciting race so far! Verstappen has stayed ahead of the pack when the safety cars have called for and kept away from any incidents.

Leclerc did a great overtake of Perez, brilliant work and just managed to stay on the track, so no penalties would be incurred. 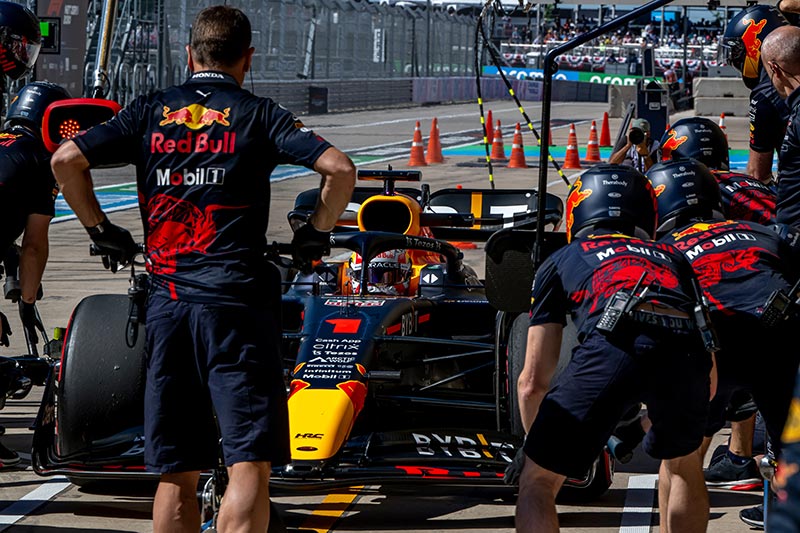 Lap 36 – was a big change in standings as Max Verstappen had an awful pit – stationary for 11.1 seconds e.g., compared to Leclerc at 2.6 seconds at the same time, this helped Lewis take the lead, can he keep it we all think and have his first and Mercedes’s Grand Prix win of the season.

Lap 39 Leclerc and Max have a wee battle and the crowd loves it, with Verstappen winning the battle, he knew he had more pace and it was only a matter of time before he was in front, great for the crowds to see. Vettel is leading now; he has been 3500 laps in front in his career at this moment.

Hamilton takes the lead on lap 41 from Vettel, can he get his first win off the season. Though he did lose some time when he was trying to overtake the slower Aston Martin of Vettel.

The top 3 now are Hamilton, Vettel, and Verstappen. Vettel pits on Lap 41, a horrible pit by Aston Martin - 16.8 second stationary pit (worse than Red Bulls), tragic luck and is he way behind the field now as he re-joins the race. It’s all about the battle between Hamilton and Verstappen near the end of the race, Red Bull’s car has a 7mph advantage in practice, so we expect him to catch up, but can Hamilton hold on to the finish.

Lap 50 sees Verstappen and Hamilton go wheel to wheel in a wee battle and max prevails and takes the lead. Vettel moves up into 9th place on lap 52. Max could get a 5 sec penalty if he veers off the track again.

Max slowly eases ahead to have almost a 5 second lead at the end. Red bull wins the constructor’s championship and their first since 2013. Charles Leclerc manages to get on the podium for the first time from being that far down the grid at the start of the race.

Vettel was like a man possessed and takes Magnusson at the end to finish 8th, driving like a man who was not retiring any time soon!!! He is having right now an Indian Summer with his career and a shame it will be his last season in Formula One.

George Russell picks up the fastest lap of the race at 1.38.788. Also, Leclerc goes ahead of Perez in the championship, red bull has never won 1 and 2 in the competition, so with 3 races to go, Perez needs to improve.

Yuki Tsunoda, who finished the United States Grand Prix in a hard-fought ninth place, was overjoyed to be back in the top 10, but his teammate Pierre Gasly was left to lament a penalty that eliminated him from the running for a points finish.

Tsunoda began the race at the rear of the field after receiving a five-place grid penalty for changing his gearbox prior to the race, but he got off to a quick start and moved up to 14th before the end of the opening lap. The AlphaTauri driver then carried on advancing steadily over the remainder of the race, reaching ninth place in Austin, his second season in formula one, looking like a future star in the making.

Since placing 10th at the Spanish Grand Prix, Tsunoda had gone 12 races without finishing in the top 10, and the AlphaTauri driver acknowledged that the car’s performance had taken him by surprise.

Since the race there has been some more controversy, this time from the Alonso camp. On Thursday, the Alpine team will have their protest against the decision to demote Alonso out of the points after he came into finish seventh in the race with a damaged car heard.

"It is an important day for the sport as this decision will dictate if we are going in the right direction." – is what the Alpine Driver Alonso wrote on Instagram after the decision.

After the race, Alonso said he thought his performance was among the finest of his career. He crashed at 180 mph, struck a wall with his vehicle, pitted for a new front wing, started from the rear, and eventually moved up to seventh place despite the damage to his aerodynamic components.

Tip: Pit when safety car is on – on average you can make up 10 seconds compared to when the race is fully on as the cars must drive more slowly around the track. 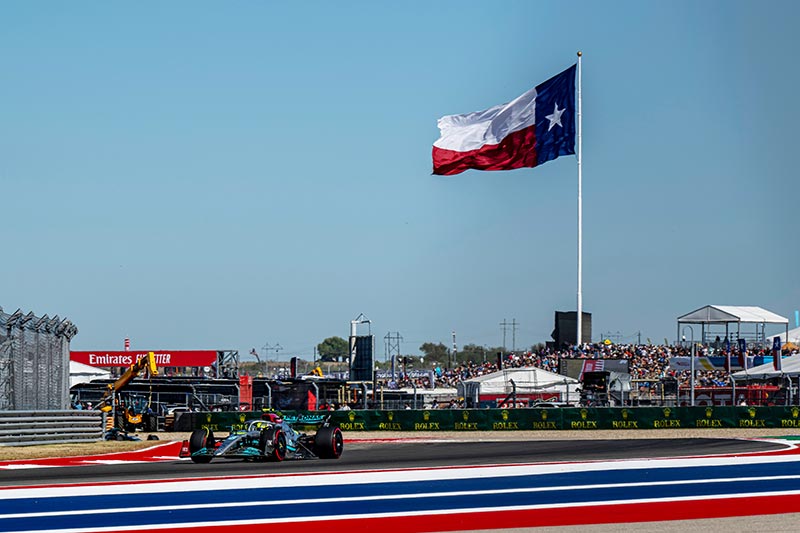