ASTON MARTIN: A FORMULA ONE HISTORY

Formula Team Reinvented and Rebranded for 2021

The Racing Team That Disappeared From F1 For Decades

Aston Martin first participated in Formula One in 1959, but after failing to score points over two seasons – retired from the sport at the end of the 1960 World Championship.

The company name returned to Formula One in the form of a rebranded Racing Point for the 2021 season.

The team is owned by Lawrence Stroll, the father of the Formula One driver Lance Stroll who is also a driver with the team alongside Sebastian Vettel. 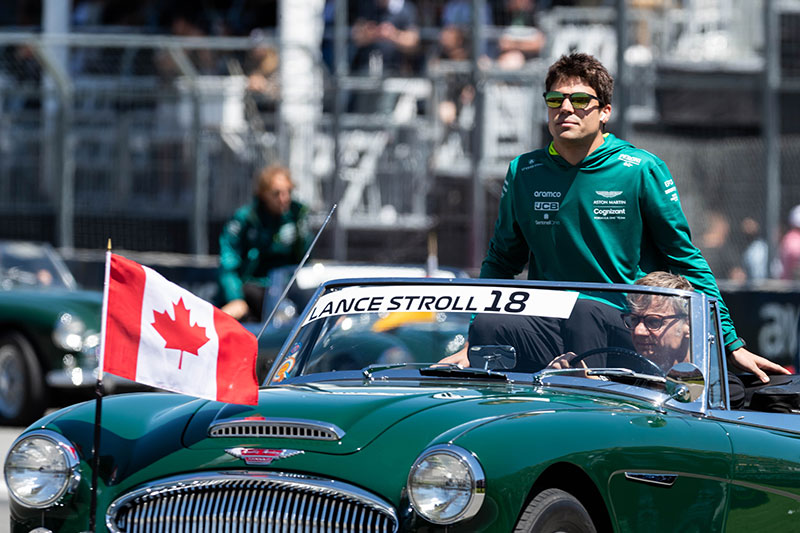 Designed by Ted Cutting, the DBR4 was Aston Martin’s first open-wheel racing car. It was built and tested in 1957; but was ‘put on the back burner’ as the company prioritised the DBR1 development – with which it won the 24 hours of Le Mans in 1959.

By the time the DBR4 made its debut in 1959 at the Dutch Grand Prix it was already outdated. Consequently, it lacked the pace to be competitive with its rivals. Drivers Carroll Shelby and Roy Salvadori qualified in 10th and 13th (out of 15) before both retiring with engine failure during the race.

At the British Grand Prix (this year held at Aintree) Salvadori qualified in a surprising 2nd place. Teammate Shelby suffered first one, then a second failed ignition magneto – putting him out of the race. Salvadori finished 6th.

The Portuguese Grand Prix took place without issue and Salvadori finished in 6th, with Selby 8th. But still no points.

In Italy, the team qualified a disappointing 17th and 19th. Salvadori had been running in 7th before an engine failure forced him to retire. Selby finished 10th.

A new car for 1960 – the DBR5 – was a lighter version of its predecessor, with independent suspension. But the heavy front engine meant that it could not compete with the typical rear-engined cars.

Aston Martin’s first entry this season was at the Dutch Grand Prix. The DBR5 was ‘not ready’ so only Salvadori could compete – with a spare DBR4. He qualified in 18th place and before the race the team were told that they would not be paid – so they refused to start.

By the next race at Silverstone Salvadori and Maurice Trintignant were able to take part in the new DBR5. Salvadori retired with steering issues and Trintignant finished 11th – a disappointing 5 laps behind the winner.

At the end of the season Aston Martin decided to quit Formula One and concentrate on sports car racing.

A potential return to Formula One was first discussed in 2006 (46 years after they left) by David Richards – leader of the consortium that owns Aston Martin. Prodrive, Richards’ tech firm had was put forward as a potential entrant for the 2008 Formula One season.

However, Richards came to the conclusion that Aston Martin were not yet ready to compete at such a high level. This potential partnership was being discussed until 2009, but never happened.

In January 2020, Lawrence Stroll invested in Aston Martin – taking a 16.7% stake in the company. Consequently, Racing Point was rebranded as Aston Martin for the 2021 season.

The team continued to use Mercedes power units - which the team has used (in its various guises) since 2009.

Sergio Perez had been contracted to drive for the team until 2022. But Perez moved to Red Bull and Sebastian Vettel replaced him for 2021.

The team is building a new factory at Silverstone – due to be in operation for 2023. They are the 6th different constructor since 1991 with a base at Silverstone. 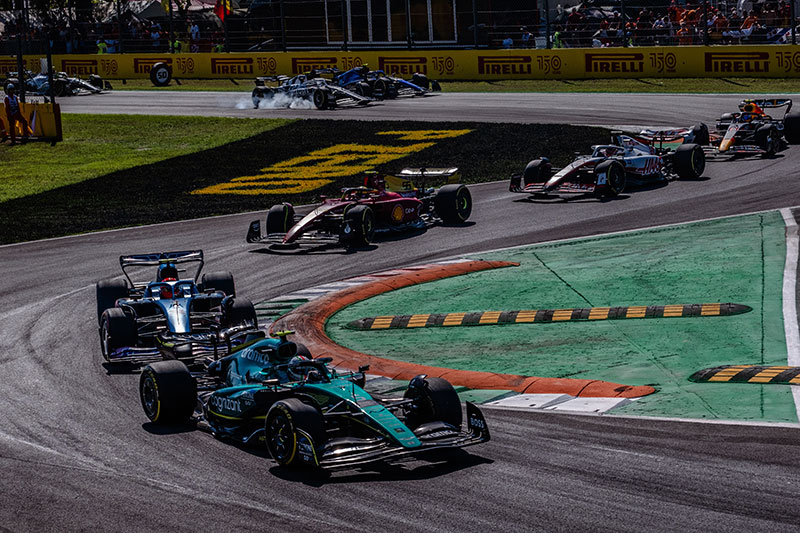 Sebastian Vettel scored Aston Martin’s first ever podium with 2nd place at the Azerbaijan Grand Prix. Vettel also finished 2nd in Hungary – but a fuel sample issue caused him to be disqualified.

Team Principal Otmar Szafnauer reported in June 2021 that the team were expanding their employee count from 535 to 800.

Aston Martin finished 7th in the Constructors’ Championship with 77 points.

Szafnauer left in January 2022 after 12 years with the team. Mike Krack was announced as his replacement.

Vettel missed the first two races of the season after testing positive for Covid – he was replaced by Nico Hulkenberg.

In July Vettel announced his retirement from Formula One. He will be replaced at Aston Martin for 2023 by Fernando Alonso.

At the time of writing (October 2022) the team are 7th in the Constructors’ Championship with 45 points. Lance Stroll has scored points in 6 races this season, with teammate Vettel taking 8 points finishes. 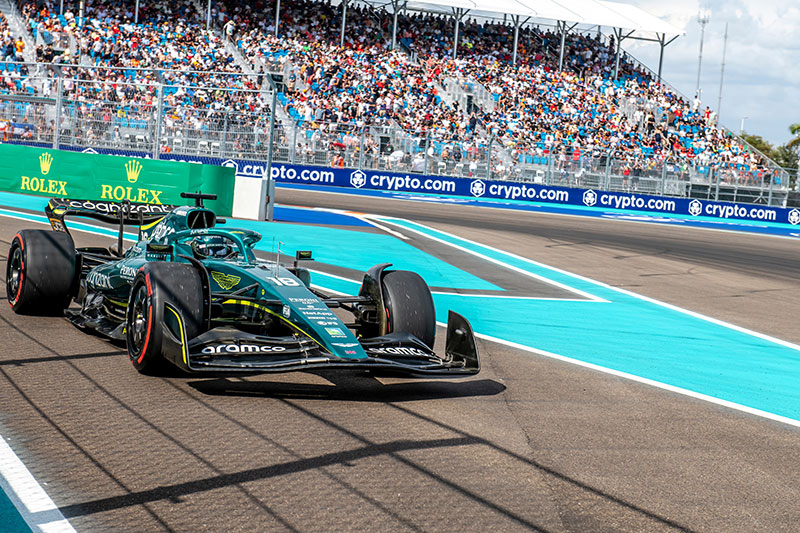