We Love The Abu Dhabi GP and Here Is Why! 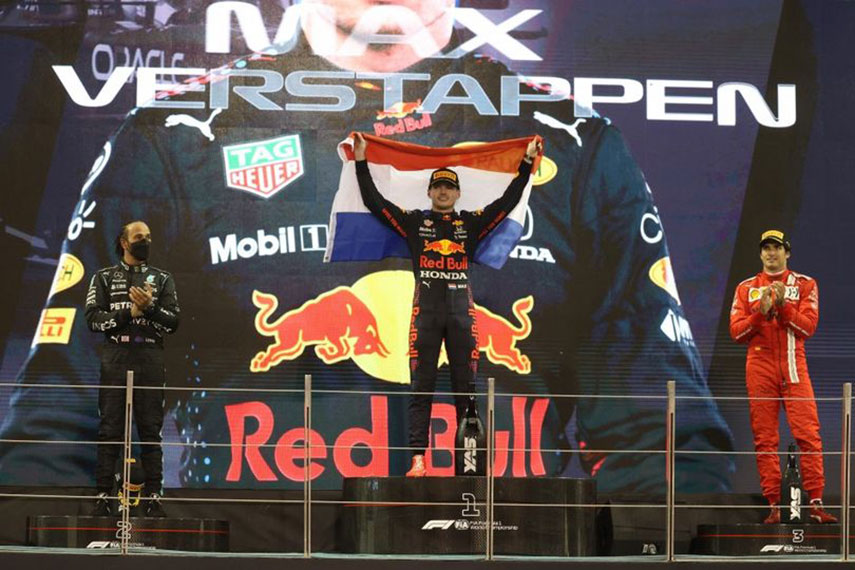 While it seems some Formula One circuits have been around since the dawn of time, others drop off the calendar or lose iconic sections. Hockenheim's forests and Silverstone's bridge seem like relics of a long-forgotten past to many F1 enthusiasts. Yet, did you know that one of the most modern circuits on the calendar is also one of the most exciting?

Driving past yacht-filled marinas and zipping under hotels, the Abu Dhabi circuit has just been renovated to add extra excitement. Read on as we give the history of the Abu Dhabi GP and provide all the facts you need to know.

The Abu Dhabi Grand Prix takes place on Yas Island. This spot gives it a unique look to other Formula One circuits, with its setting sun and yachts in the harbour. Yet this island did not even exist until 2006.

The project cost around $40 billion to make. As well as the F1 Yas Marina Circuit, the island contains seven hotels, theme parks, a golf course, and a concert arena.

History of the Abu Dhabi GP

The history of the track is synonymous with the development of the Yas Marina Circuit. It made its Grand Prix debut in 2009.

While originally scheduled to be the final and 19th race of the season, it moved forward when the Canadian and French Grand Prix's were cancelled. This was due to a financial crisis resulting in a lack of funds.

The first race is notable for several reasons. It was the final appearance of drivers Giancarlo Fisichella and Kazuki Nakajima. Brawn GP, Toyota, and BMW Sauber also made their last race.

Despite being their closing Grand Prix, Brawn GP were already the Constructors Champions, winning at the Brazilian Grand Prix. At the same event, Jenson Button had also won the championship. Sebastian Vettel would take first place with Mark Webber coming in second to organize a 1-2 finish for Red Bull.

While the 2009 Formula One season was already won by the time the race got to Abu Dhabi, 2010 was a different story. The championship was decided at the track.

The championship leader at the start of the race was Fernando Alonso. He was ahead of Mark Webber and Sebastian Vettel, who both had everything to race for. Even Lewis Hamilton was still in with a chance though he was 24 points behind Alonso.

Vettel was in pole position at the start of the race. Alonso had a bad start and took an early pit stop, as did Mark Webber. This took them out of the running.

Vettel would then take the race to become the youngest F1 champion ever. Hamilton and Button would join him on the podium.

In 2012, Kimi Raikkonen won the race after he had just come back from a two-year hiatus. Racing for Lotus, he had not won since the 2009 Belgian Grand Prix. The race featured a huge Rosberg and Karthikeyan accident along with a pit lane start to third position comeback from Vettel.

Once again, in 2014 the Abu Dhabi Grand Prix was the last of the season and was the championship decider. However, it proved controversial as the FIA awarded double points for drivers in the race.

Hamilton needed only a second-place spot to win the championship. He managed to clinch first place ahead of Felipe Massa and Valtteri Bottas.

The Formula One Abu Dhabi Grand Prix 2022 is scheduled to take place on Sunday 20th of November. The race will start at 1 pm GMT.

As with any Grand Prix weekend, practising starts earlier on Friday, November 18th. Another practice and qualifying are held on the Saturday 19th.

Last year's Grand Prix was one of the most exciting on the calendar. Max Verstappen just edged past Lewis Hamilton to claim his first world championship. This year promises to be just as exciting and is one you can not miss.

Lewis Hamilton is the most successful driver at the circuit with five wins. This is closely followed by Sebastian Vettel who has had three wins. Max Verstappen has claimed two.

The only time double points have been awarded in an F1 race was at the 2014 Abu Dhabi Grand Prix. Proposed by Bernie Ecclestone, it was introduced to ensure competition until the end of the season after domination by the Red Bull team. Originally proposed for the final three races, a compromise was settled on the final race only.

This Yas Marina circuit has several unique features that set it aside from other tracks. A tunnel is part of the pit lane exit and the Yas Viceroy Hotel sits over the track on turns 18 and 19. It has a total of six different configurations for different types of racing.

For 2022, the track has undergone an overhaul due to criticism about a lack of excitement in last year's Grand Prix. The circuit length is now shorter but has more opportunity for overtaking. Chicanes have been removed and bend widened to ensure a more competitive race.

The Grand Prix was the only race to be named after its host city and not the country it was in. This was until Mexico City and Sao Paulo joined the season in 2021.

Now you know the history of the Abu Dhabi GP, get your trip booked. With a new improved course and one of the most stunning layouts, this year's race will be spectacular. Not only do you get the sights and sounds of the race but you can experience the delights of this modern city.

Grand Prix Adventures can organize all of your Formula One tours. We have a range of hospitality packages so you can sit back and relax. Click here to book your next trip and get into gear. 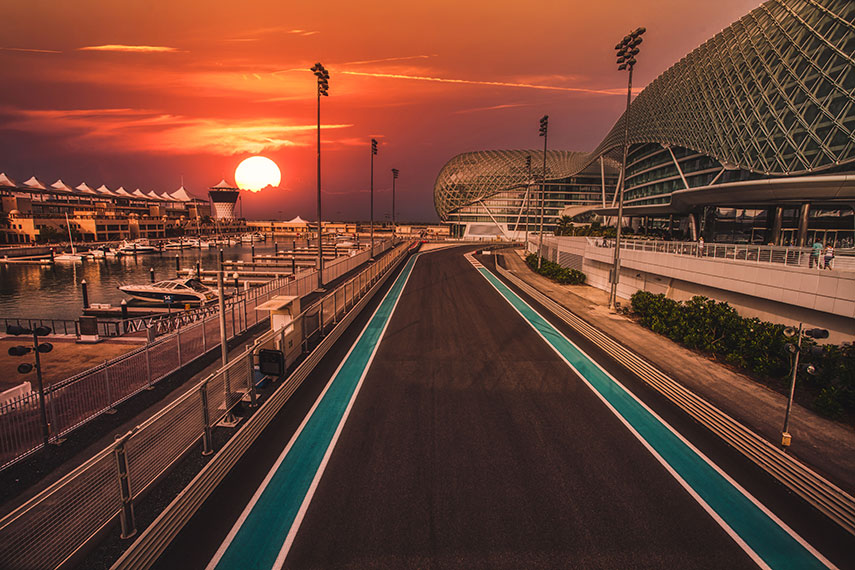