What A Race In Abu Dhabi With Verstappen Winning Again 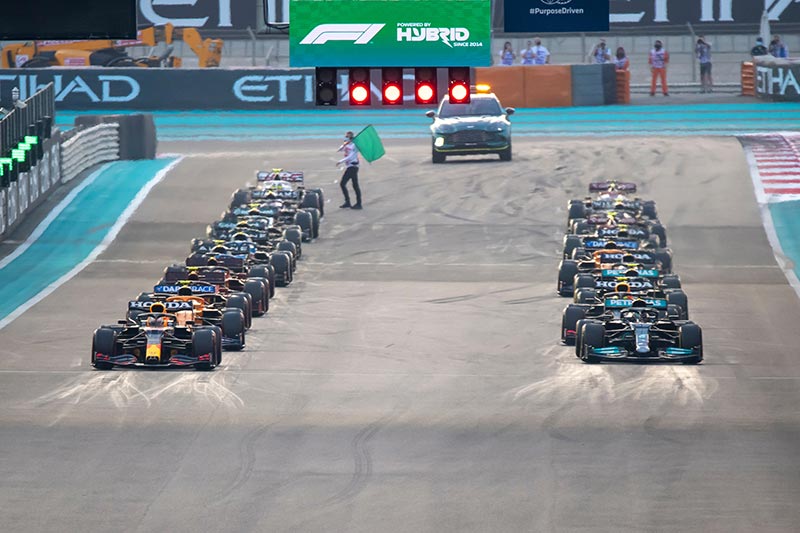 "A 15th win of the season is unbelievable. It's been really enjoyable to work with the whole team and to be able to achieve something like this. I know it is going to be hard to replicate but it is also very good motivation to try and do well again next year." - Red Bull's Max Verstappen

Even though the championship has been decided and this is the last race of the season, it didn't disappoint the fans watching as it was one of the most exciting grand prix events in Abu Dhabi for many a year with a track temperature of around 34 degress!

Max Verstappen of Red Bull won the season-ending race in Abu Dhabi by leading from the front and Charles Leclerc of Ferrari defeated Sergio Perez of Red Bull to finish second overall in the race and the championship, meaning Red Bull didn't achieve a 1-2 winning season, which would have been a first for the team.

Leclerc, who earlier this year challenged Verstappen for the championship until Ferrari's season collapsed under a barrage of mistakes and reliability issues, held off Perez using different tactics to finish in second place.

It was the last race for the four-time champion Sebastian Vettel, who lamented what he felt was a bad strategy from Aston Martin as his final race came to a disappointing conclusion, but at least he managed to gain a point by coming in at 10th place and so we give a fond farewell to one of the Formula One greats who is ranked as the 3rd best F1 driver ever with regards to wins totalling 53 behind Michael Schumacher (91 wins) and Lewis Hamilton (103 wins). 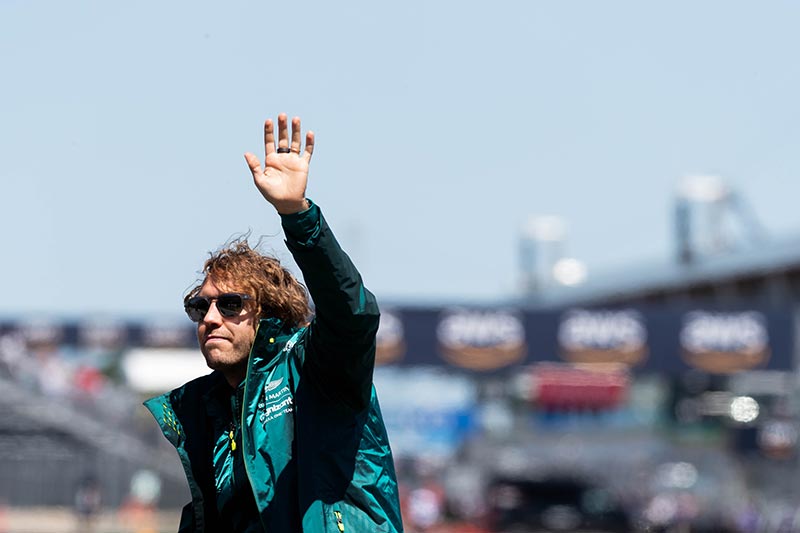 Despite qualifying five positions ahead of teammate Lance Stroll and ended up finishing 2 place behind him in the race, Sebastian Vettel's 299th (just 1 shy of a magical 300 races) and final race did end up with him being in the points, even if it just was only 1. However, it could and should have been so much more for the German, but the strategy employed would go against him.

At the end of a weekend filled with tributes to the 35-year-old retiring race champion, the 1 point earned was at least some compensation for the 53-time race winner's one-stop strategy, which in hindsight was the wrong way to go.

"You know how it is. I wish I could have got a couple more points. I enjoyed the race. Bit of a different warm up to get to the race but when the lights went off, it was just the race,"

"It's a big day, a big thank you to everyone. Lots of smiley faces which is nice. I'm sure I will miss it more than I feel right now."

"It was all about tyre management, we looked after the mediums quite well and then on the hard tyres, I was managing from lap one until the end." - Verstappen 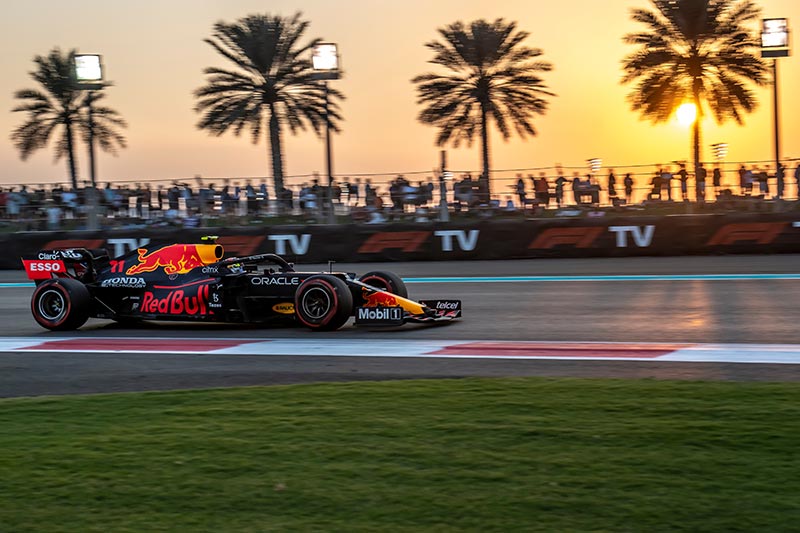 Lewis Hamilton's Mercedes retired from fourth place with three laps to go with car trouble that might have been because of an earlier incident. Hamilton before has now never in his career concluded a season without a victory until now and he is the only one to have had that record for so long, an all and all a disappointing season for the British Driver and Mercedes.

Verstappen dominated the race and never had to worry about losing, but the altercation between Leclerc and Perez made for a frantic finale and a rivalry that would keep the fans entertained throughout the race.

Leclerc's strategy was a one-stop strategy from Ferrari, similar to Verstappen's from Red Bull, while Perez made two stops and would mean he would have a lot of catching up to do to get to get to 2nd place.

The race was really about who would finish 2nd in the championship and this was the battle between Perez of Red Bull and Leclerc of Ferrari, whoever was ahead at the end would finish 2nd for the season and it was tough for the Mexican because with 24 laps to go he had come back from a 23-second deficit from the Ferrari Driver, but ultimately was to fail as Leclerc crossed the finish line 1.3 seconds ahead after Perez briefly closed in on the Ferrari at a second per lap for a while.

Coming in 2nd overall may have been a small consolation prize for Leclerc in a season where he led Verstappen by 46 points after just three races before Ferrari made a string of strategic mistakes and engine troubles caused his chances to fade in the end.

"It felt good, I was 100% sure we could do it," said Leclerc. "We had a perfect race for us. I knew the only way to beat Checo was with tyre management and strategy we had a one stop and it really worked. I really hope next year we can do a step forward in the championship - we will push on in the winter break to catch Red Bull." - Charles Leclerc of Ferrari 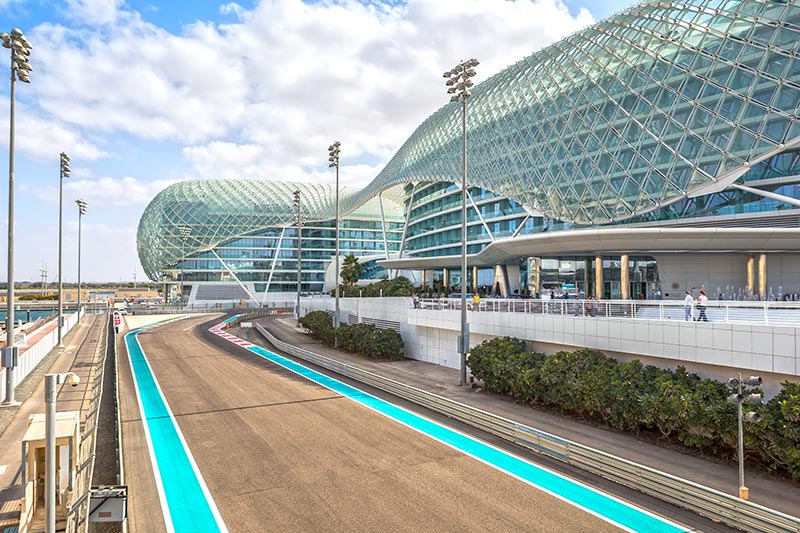 The race got off to a thrilling start for Hamilton. Off the line, he overtook Carlos Sainz's Ferrari, but the Spaniard caught up to him at the chicane at the end of the opening lengthy straight.

At the corner Hamilton's car was launched about nearly a metre into the air before crashing back as he bounced off the kerbs. Mercedes first failed to spot any damage that Hamilton felt the car had sustained, but that was to come back to haunt him later when he had to retire near the end of the race.

After cutting the chicane and coming back onto the track in front of Sainz, Hamilton was informed that he had to relinquish the lead a few laps later, which he had to do.

Hamilton's team-mate Russell also had some issues when he encountered difficulties, suffering from a pit stop delay that resulted in a dangerous release during which he nearly collided with Lando Norris of McLaren and was penalised five seconds.

Despite his early problems, Hamilton was on track to be placed fourth using the same one-stop strategy as was Verstappen and Leclerc until his hydraulic system failed in the final laps.

Fernando Alonso was forced to retire after a suspected water leak and this would be his last race for Alpine as he replaces the retiring Vettel to be Lance Stroll’s team-mate at Aston Martin for the start of next season.

With Alonso out of the points this would have no effect on the standing as Alpine's fourth-place finish in the constructors' championship was assured, ahead of McLaren and behind Mercedes. This was the end of a great race and another exciting season, we will be looking forward to the start of the season next year in Bahrain and can Red Bull continue to dominate!!! 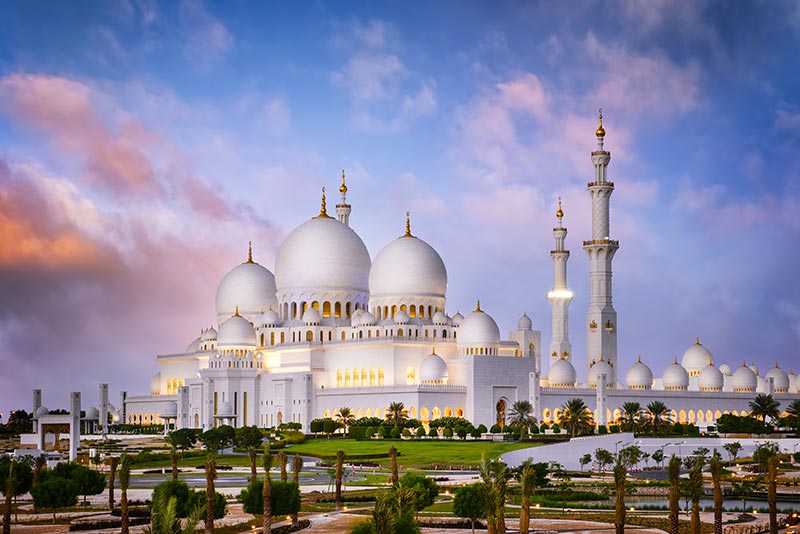