The Last Race Of Grand Prix Season In Abu Dhabi

We Were Hoping On An Exciting Finish!!!

“I’m destroyed. I do not feel good.”(Lewis Hamilton)

The season finale was a relatively lacklustre affair. The world champion was clearly ‘out of sorts’ following his return to the track – apparently still suffering the effects of COVID. There were not any great upsets or dramatic charges up the field: the top 3 starting and finishing in the same place.

But this should take nothing away from Max Verstappen.

After a slightly mixed season – 5 retirements and 11 podiums – Verstappen took his 2nd win of 2020. He started in pole, lead from the start and controlled the race – never really troubled by the Mercedes behind him.

Disappointment for the winner of the previous race, Sergio Perez, who started at the back of grid - with Haas’ Magnussen - following a grid penalty given for taking new power unit components that were outside of their allocations.

Perez had been making his way up the grid when, on Lap 10, he suffered an engine failure that put him out of the race. It was his last race for Racing Point as the team have signed Sebastian Vettel for next season.

His retirement (and teammate Stroll’s 10th place) together with strong finishes from McLaren’s Norris (5th) and Sainz Jr (6th) put McLaren above Racing Point in the Constructor’s Championship. 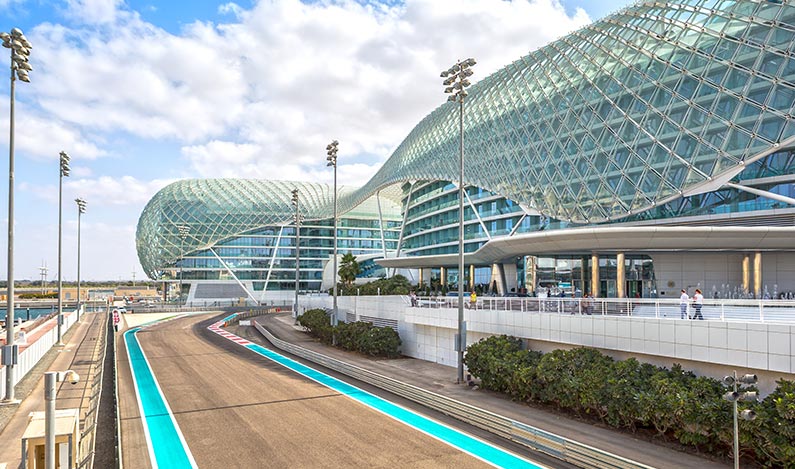 Racing Point had generally been faster than McLaren this year, but McLaren had kept within 10 points of them and a poor race for Racing Point today was enough to swing the balance. The difference in prize money between 3rd and 4th is thought to be around £4 million.

“It is sad to be leaving the team this way.”

The safety car that followed Perez’s retirement prompted most teams to pit early, leaving the rest of the race as a ‘tyre conserving’ exercise. The result was a steady race, with not a lot of excitement to report – but we have had our share of that this season.

Bottas could not keep up with Verstappen and Hamilton sat 2 or 3 seconds behind his teammate – seemingly unable to challenge. Extremely out of character for the World Champion, who was struggling with fatigue and ‘some feeling within his lungs’ after testing positive for COVID in the past couple of weeks.

But after a strange and intense season under the cloud of COVID perhaps the drivers were all a bit fatigued? 17 races were packed into 5 ½ months.

Ricciardo did a long first stint on hard tyres to go from 11th on the grid at the start to 7th at the end and Gasly went up 2 places from 9th to 7th – but there wasn’t a lot of movement from start to finish.

So, now the drivers take a well-earned break until pre-season testing at the end of February, with the Melbourne Grand Prix set for 21st March 2021. 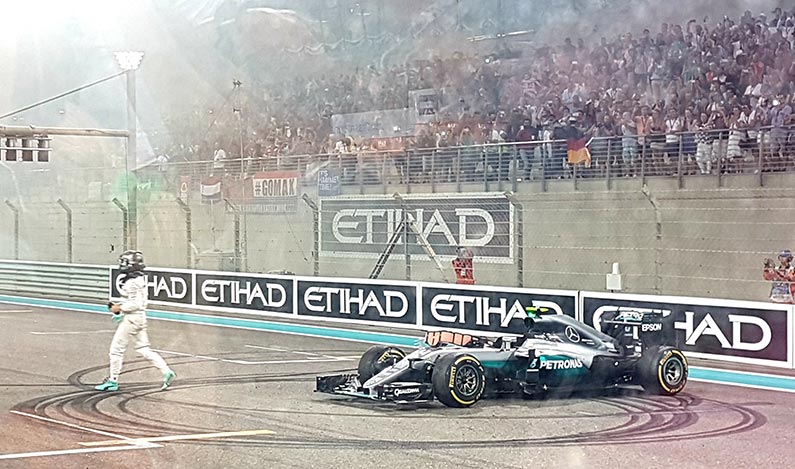 The – somewhat ambitious given the current COVID situation – plan for 2021 is to have 23 races. This would be the longest season in Formula One history.

The proposed schedule is very similar to the original 2020 calendar. Will the Dutch Grand Prix finally return as planned on 5th September? Who will be moving teams during the break?

All that is left to say is Merry Christmas to you all. Stay safe and well. See you in the spring!

If you are interested in going to Abu Dhabi for the grand prix next year, then why not join us and book one of our hospitality packages that we have on offer. We would love to see you there next December.