Charles Pays For His Mistake At The French Grand Prix

Can anyone stop Max now! 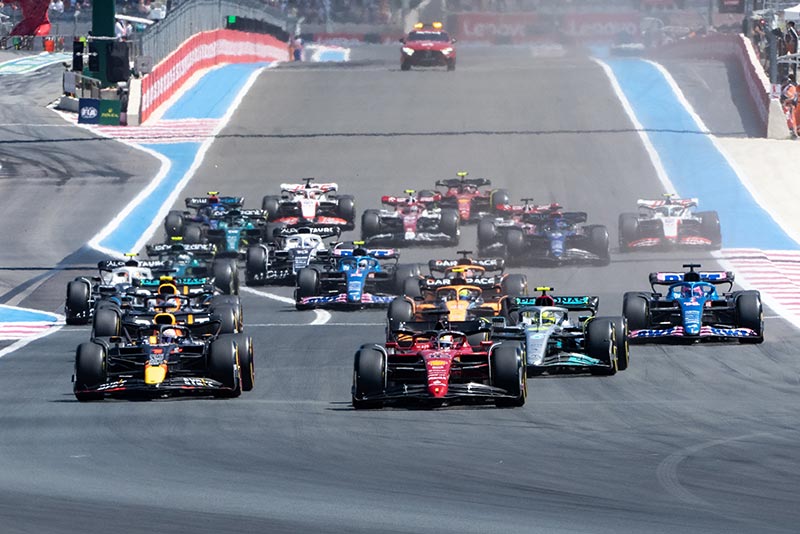 “The car was quick today. Of course, unlucky for Charles. I hope he is ok.” (Max Verstappen)

A mistake from Charles Leclerc today helped Max Verstappen achieve his 7th win in 12 races. It also dented Leclerc’s World Championship hopes, leaving Verstappen with a 63-point lead – with just one race to go before the summer break. 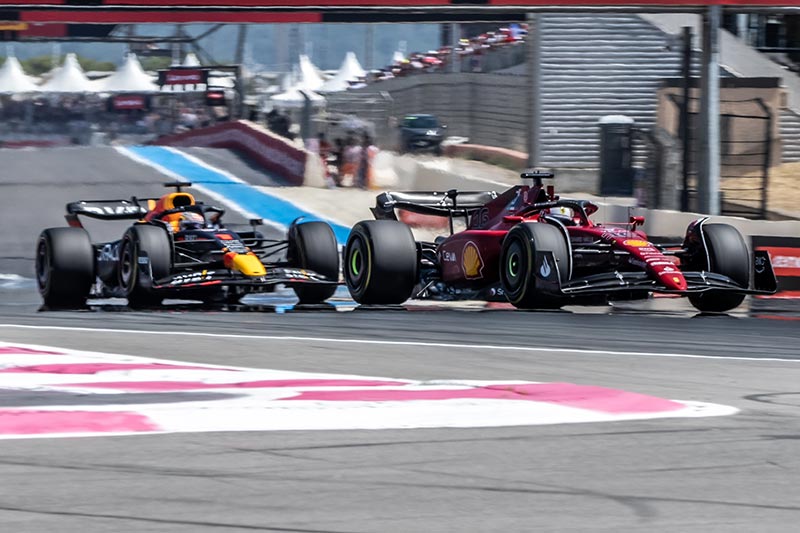 Leclerc had been leading from pole, but lost control at the Beausset and crashed out of the race.

It was Lewis Hamilton’s 300th Formula One race start – and he took 2nd place – his best result of the season so far. Teammate George Russell took the 3rd podium.

Leclerc started well, holding off an intense challenge from Verstappen for the first 10 laps, then extending his lead to over 1 second.

Verstappen then pitted on Lap 16, leaving Leclerc and Ferrari to decide when he should pit - to ensure that he regained the lead.

But 2 laps later Leclerc span at the tricky double-right corner (just past the long Mistral Straight/Signes Curve) and (relatively gently) hit the barriers. Unfortunately, he couldn’t reverse out and continue – his race over.

It was another error in a frustrating season for Leclerc. He had led Verstappen by 46 points after the first 3 races. And despite 7 pole positions this season – Leclerc has struggled to convert these into wins.

In two races Leclerc suffered with engine failure. In another two, Ferrari’s strategy was blamed for him losing out on the win. Today, it was driver error that forced his retirement.

Verstappen was now in control of the race. The safety car came out to remove Leclerc’s Ferrari – and initially the other drivers began to close in on the Dutchman. However, at the restart – Verstappen easily held off a challenge from Hamilton to set up a comfortable lead. 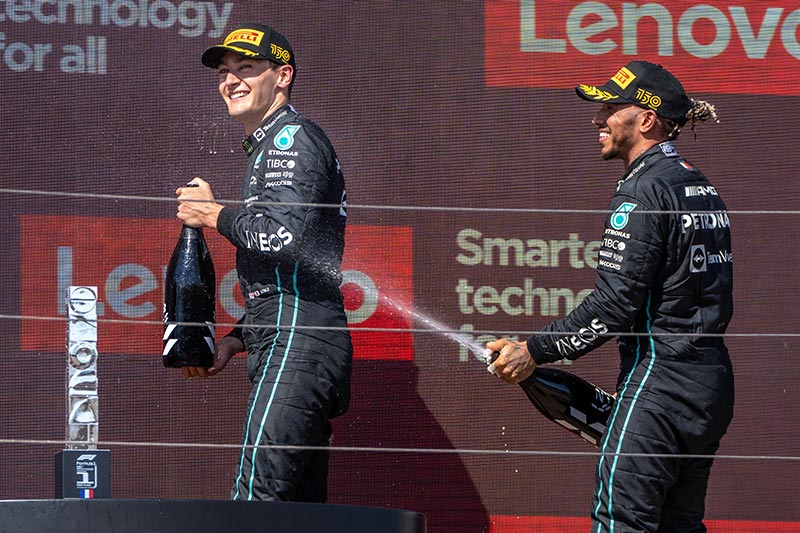 It was a good day today for Hamilton and Mercedes. At the race start Hamilton immediately overtook Sergio Perez for 3rd and drove well – keeping him at bay before achieving a 3-second lead at the point of Leclerc’s retirement/the safety car.

Hamilton was simply faster than Perez today, leaving the Red Bull driver to battle with Russell and Sainz Jr for 3rd place while Hamilton took a season-best 2nd place.

“What a great result considering we’ve been so far off these guys all weekend.” (Lewis Hamilton)

Sainz Jr fought well from a back row start (a grid penalty due to using too many engine components) to just behind both Mercedes and Perez at the point of the safety car.

He then passed Russell and Perez to run in 3rd. At this point Ferrari called him in to pit. His response “not now.”

Two laps later he did pit. But Sainz Jr was not happy with the team’s decision. Ferrari believed that his tyres wouldn’t last the remaining 11 laps. Sainz Jr did not agree. This decision dropped him to 7th - and he eventually finished in 5th.

So, what happened with Russell and Perez’s battle for 3rd? On Lap 41 at the Mistral Chicane – Perez cut the chicane and got the better of Russell. Much to Russell’s annoyance, the stewards did not order him to return the place.

But with 3 laps to go – the virtual safety car came out when Zhou Guanyu’s Alfa Romeo stopped at Turn 6 – Russell saw his chance to catch Perez and he snuck ahead at Turn 14.

Perez then attempted to retrieve his 3rd place, but Russell held him off for the final podium.

Sergio Perez finished 4th, with Carlos Sainz Jr 5th. Fernando Alonso took 6th after a decent race: passing Russell and Norris at the start to run in 5th and he managed his tyres well throughout the race.

Next up Hungary. The final race before we have to find something else to do over the summer. See you there! 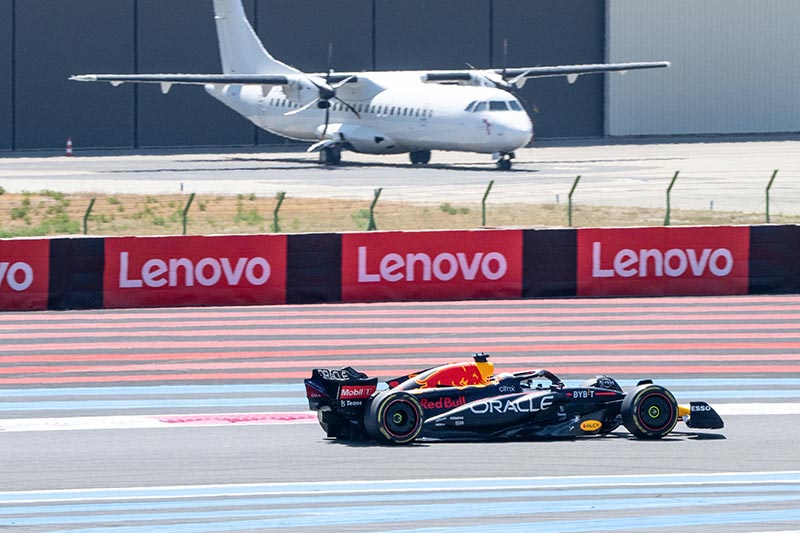