Luxury Hotel in the Charming Village of Eze

This a lovely way to spend your time away from the hustle and bustle of the Grand Prix in the extraordinary luxury hotel that is the Chateau Eza, which also has a Michelin-starred Gourmet Restaurant and located in one of the most idyllic and picturesque locations on the Cote d` Azur: The Village of Eze, dating back nearly 1000 years to medieval times.

When comparing all the hotels in the Cote d'Azur/French Riviera this has to be said to be the most stunning hotel with its luxury, location and a Michelin-starred restaurant. The hotel is charming and elegant and offers a choice of 10 rooms and suites for its guests. The Chateau clings to the villages` ancient walls nearly 400 metres above the Mediterranean on the Riviera of France, with epic views. The service and attention to detail is second to none and the staff will really try their best to be overindulgent and cater for your every need. With the Michelin-Starred Cuisine and Discreet attentive of the staff, makes this hotel a must stay when you are over for the Monaco Grand Prix.

Once the Residence of a Swedish Prince

The location not only has stunning vistas from the hotel, private balconies and terraces, but is steeped in history and was once a former residence of a Swedish Prince who bought the Chateau about 400 years ago, which at the time was a collection of small homes. The princes feel in love with the area and especially the Chateau and pursued his passion for writing. The peace and quiet must have helped finish many of his works including Pygmies and Gorillas and Black Stories.

The Chateau was redeveloped in the 1990s into a luxury 5-Star hotel, bringing into the modern era, but still with a feel and charm of the past. There can`t be many more romantic places in the world than here, coupled with the views, this certainly makes an enticing option for accommodation when enjoying the Grand Prix!

Restaurant: a la carte dining serving French and Mediterranean cuisine with a fantastic view to help the digestion. Overlooking the sea the restaurant is in a glass-edged room with a retractable roof so if the sun is out you can enjoy it to its fullest.

Rooms: Standard and Double Rooms, Deluxe Rooms and Suites available. All the rooms have an array of modern facilities you would expect in a luxury hotel including a mini bar, safe, satellite LCD TV, DVD player, Wi-Fi and air-conditioning.

Private Beach: The Cháteau Eza guests have full access to a private beach called the K Beach which borders Monaco. Dining can be found at the Beach with gourmet food being served in the evening and fantastic cocktails to help take in the sea air. 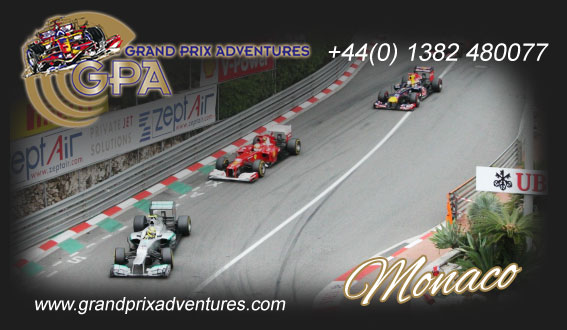 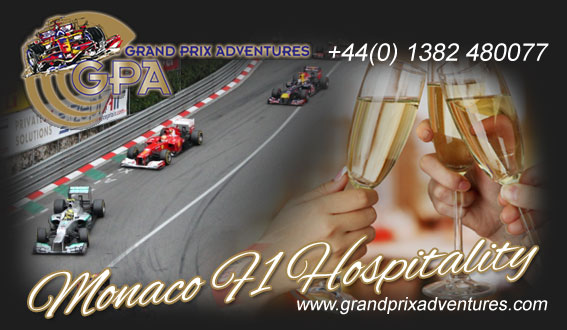