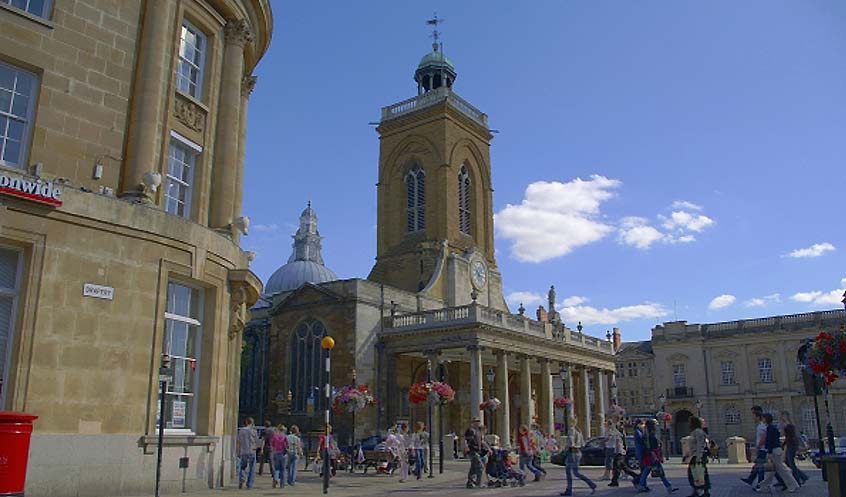 The town has about 154,000 residents. Administratively, it is a part of the Borough of Northampton, which has a population of about 195,000 and a total area of about 81 square kilometres.

This modern town has a long history but is best known as a hub for the production of footwear. The town's main thoroughfares, such as Sheep Street and Gold Street, radiate out from the enormous paved Market Square, which is at its centre. There are several beautiful old structures, such as the imitation of Jerusalem's original Church of the Holy Sepulchre from the 12th century and Welsh House, constructed in 1595 and a reminder of the time when Welsh drovers brought their cattle to Northampton market. Excellent retail options and a wide range of tourist attractions are available nearby.

The town's history stretches back to the seventh century, and by the eighth century, it had evolved into the administrative hub of the Mercian Kingdom. The 11th century saw the construction of the castle and town fortifications. In 1189, King Richard granted the town its first charter, and in 1215, King John approved the appointment of William Tilly as the town's first mayor. In addition to serving as a popular coach staging area, Northampton's cattle pastures also provided the hides needed for the town's primary industries of leather and shoemaking. In 1675, a fire entirely destroyed the town, but it was later meticulously rebuilt, earning Daniel Defoe's praise as "the handsomest and best built town in all this part of England."

The Silverstone circuit is just about just over 15 miles from the Holiday Inn near Northampton, which provides a comfortable good-sized room and bathroom.

If you choose to stay longer than just the Grand Prix, you will discover that the hotel is close to the Billing Aquadrome water sports facility and is situated near Northampton town centre.

A contemporary hotel in Northampton with a hip eatery that is ideally situated close to the town centre.